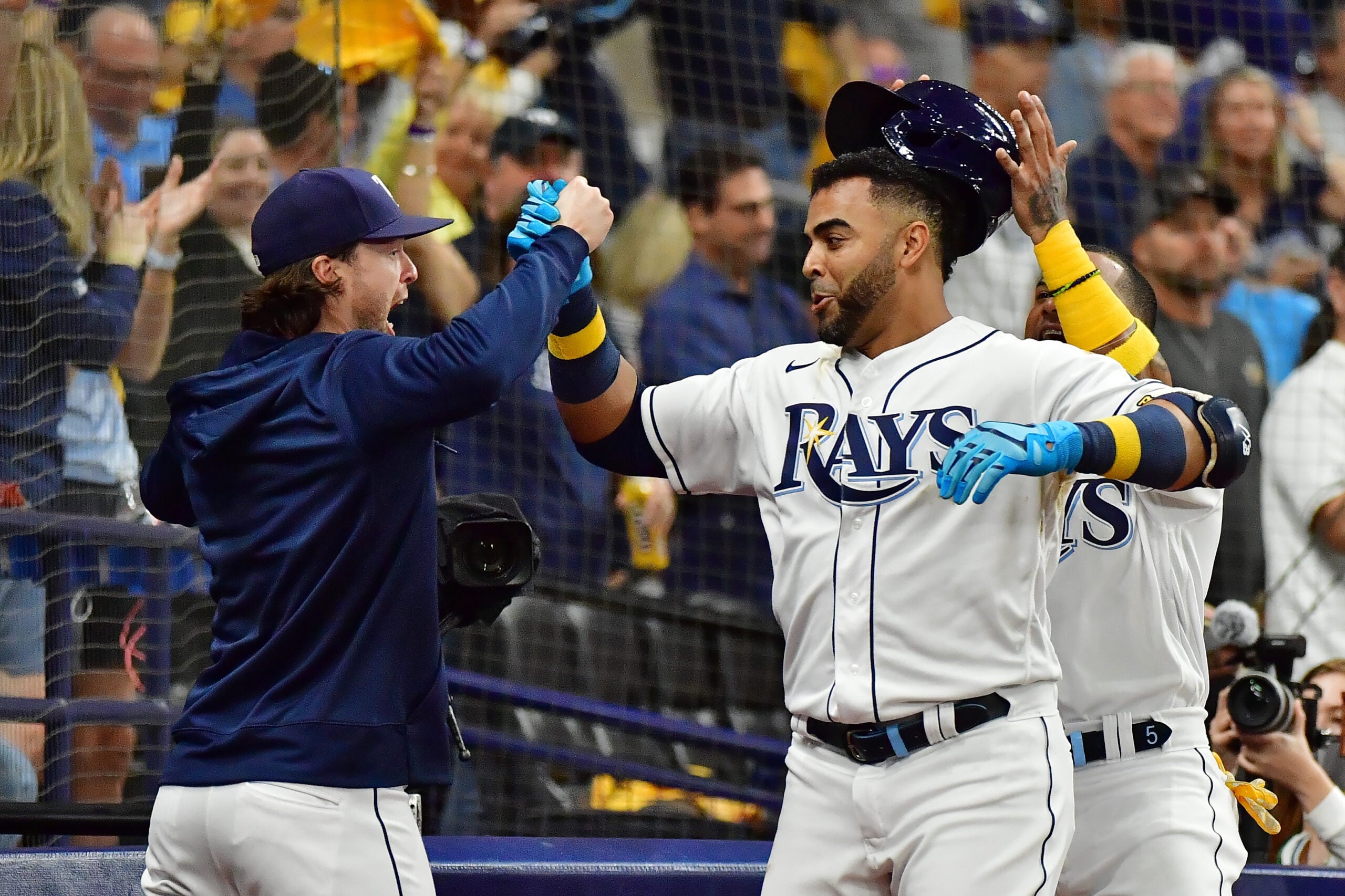 If you had Nelson Cruz hitting a ball off of the Tropicana Field catwalk for a home run on your October baseball bingo board, then you’re in luck.

Game 1 of the American League Division Series between the Boston Red Sox and Tampa Bay Rays had its share of unique scoring instances as the two teams met in the postseason for the third time.

The matchup got particularly interesting when Cruz launched a ball that soared before slamming into the catwalk, which is known as the “C-Ring,” in the bottom of the third inning.

Although the instances of this occurring are few and far between, MLB.com lists the procedures for this scenario:

“Batted ball that strikes either of the lower two catwalks (known as the ‘C-Ring’ and the ‘D-Ring’), including any lights or suspended objects attached to either of those catwalks as well as any angled support rods that connect the ‘C-Ring’ to the masts that support the ‘D-Ring’ in fair territory: Home Run.

“Batted ball that strikes either of the upper catwalks (known as the ‘A-Ring’ and the ‘B-Ring’), including the masts that support each of those catwalks as well as any angled support rods that connect the ‘B-Ring’ to the masts that support the ‘C-Ring’ in fair territory: In Play. If caught by fielder, batter is out and runners advance at own risk.