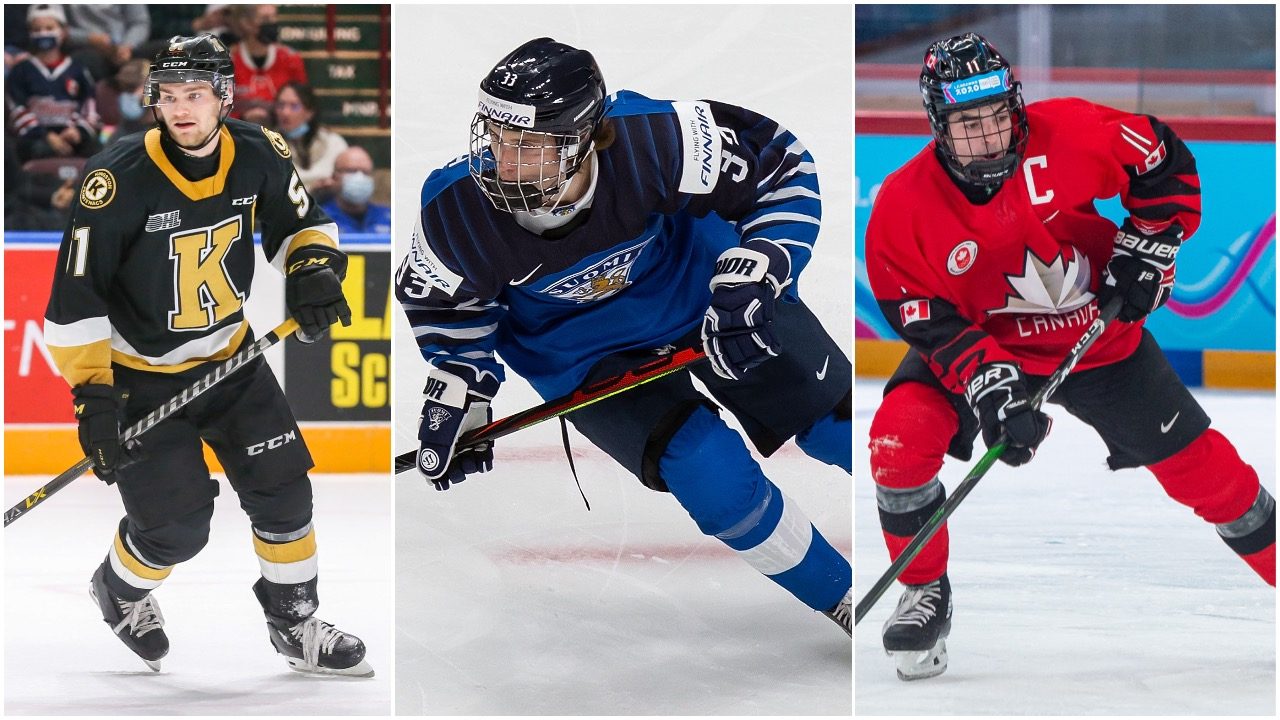 Although the NHL season has just started, it’s not too early to start thinking about the 2022 NHL Draft. Right, Sabres and Coyotes fans?

Although there are many games to be played before any teams have to start seriously considering their draft lists, creating a baseline is an important exercise at this juncture. It serves as the foundation of what scouts will be looking for as the season progresses. Some players will dramatically improve their games, while others might level off or even fall off. How they entered the season will be important context for understanding the players they have become when the summer comes and it’s time to make decisions.

The 2022 draft class appears to be a strong one. Certainly, it’s miles better than the 2021 group. At the top of the list is a bonafide franchise-changing prospect. Following him is a group of eight all with a legitimate claim to second overall.

Entering this season, there are two major inhibitors to Shane Wright’s draft stock. First is that the 2022 draft class is incredibly strong. Second is that he played virtually zero hockey last season because of the OHL canceling its entire campaign.

With the bulk of the WHL season canceled, Matthew Savoie spent most of 2020-21 with the Dubuque Fighting Saints of the USHL. Despite playing in an unfamiliar league with mediocre talent around him, he dominated, registering 21 goals and 17 assists in 34 games.

Ivan Miroshnichenko is an incredibly imposing offensive winger. He carries the puck down the ice with the inertia of a freight train, often putting defenders on their heels, but he also has the dexterity to find pockets of space laterally when they do step up at the blue line. He has a lethal wrist shot with which he can beat goaltenders after receiving a pass but also, more prominently, while he’s in motion. He loves skating into the middle lane and unleashing a devastating wrist shot that powers past goaltenders even from distance. He is a crafty stick-handler who can also score with finesse moves in tight or unlock the defense before finding a passing angle for a teammate in a scoring position.

One of the most fascinating subplots of the 2022 NHL draft will be the competition between Danila Yurov and Miroshnichenko to see which Russian winger is drafted first. Early into the season, the margins are razor-thin.

Stats: Jiricek had the unfortunate luck of suffering a knee injury at the World Juniors, but the big blueliner still was able to skate in 29 games with Plzen this year, posting a 5-6-11 line and 49 penalty minutes in 29 games. He recovered in time to join Czechia at the World Championships, notching a goal and an assist in five games.

Stats: Savoie had no trouble filling the scoresheet this past season with a talented Winnipeg squad, posting a 35-55-90 line in 65 games with the ICE in the regular season and adding 6-6-12 in 10 playoff games. Those totals were good enough to place him eighth in the WHL in assists and seventh in points for the campaign.

Stats: The Finnish forward had an excellent season for an underage player in the Liiga with Jyvaskala this past season, leading all rookies with 15 goals and totaling 23 points in 39 games in what is generally described as a defense-oriented league. Kemell also was on Finland’s World Juniors team and notched six goals in five games this spring at the U-18 Worlds.

Stats: Lekkerimaki was a solid player this year for Djurgardens in Sweden’s top level, posting seven goals and nine points in 26 games despite his youth. He was a standout at the U-20 level as well in Sweden, posting a 20-15-35 line in 26 games, but his biggest accomplishment might have been a dominant U-18 Worlds in which he had a tournament-best 5-10-15 in six games for the gold medal-winning Swedes.