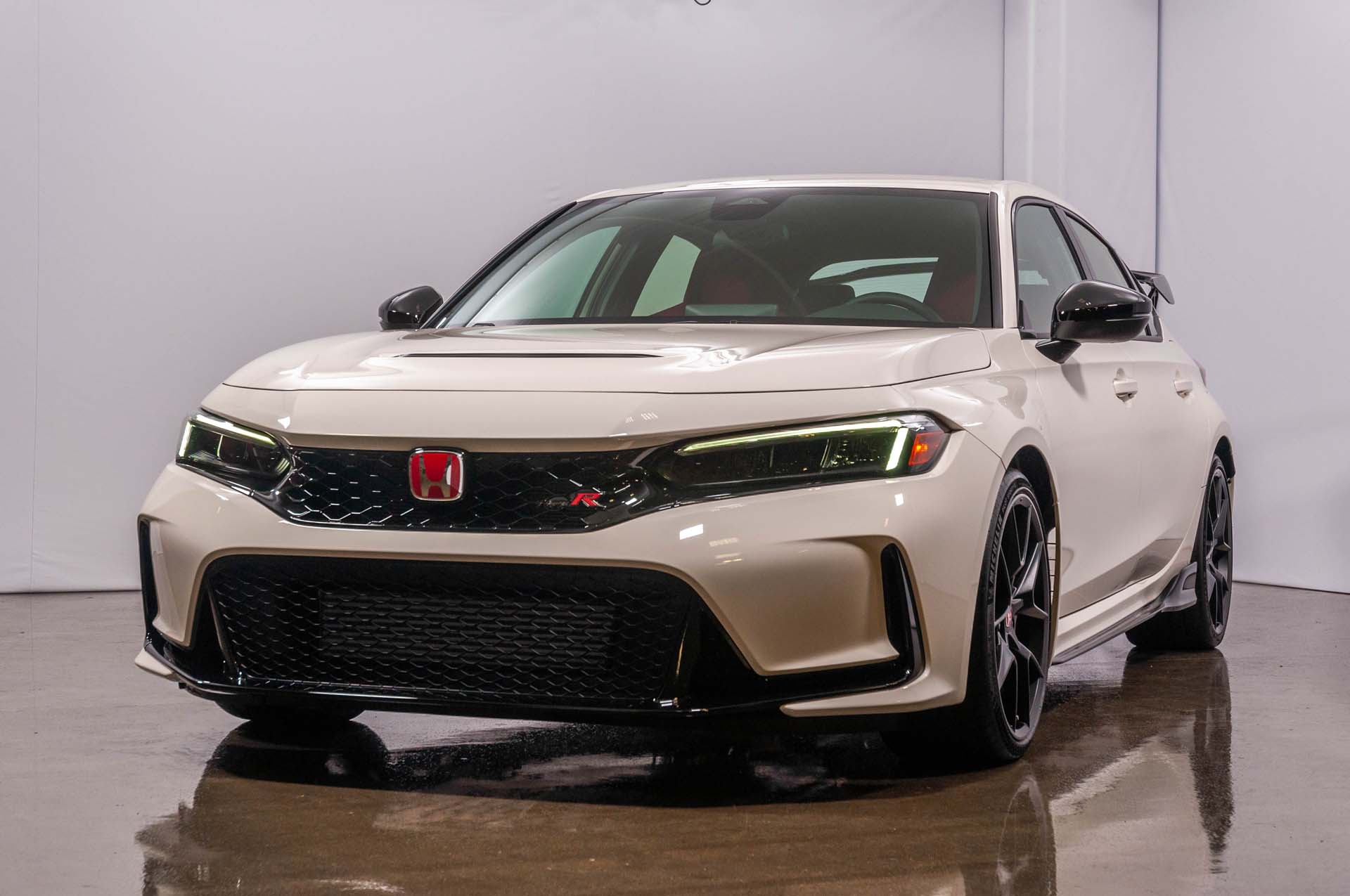 After a painfully long tease, Honda finally took the wraps off the 2023 Civic Type R on Wednesday. And while we’re obviously stoked to meet the next generation of the Japanese automaker’s giant-slaying hot hatch, we’ve gotta say, Honda is being surprisingly stingy with official specs.

The only hard data we have right now is that the 2023 Civic Type R will be powered by a tweaked version of the current car’s 2.0-liter turbocharged I4 engine. The CTR will also have a six-speed manual transmission with automatic rev-matching.

How much power and torque will the engine make? No clue. Honda says the 2.0-liter engine is “even more powerful and responsive” than the outgoing version, which made 306 horsepower and 295 pound-feet of torque. The only other bit of information we can see is that the new Type R rides on 265/30-series Michelin Pilot Sport 4S tires wrapping 19-inch wheels — an interesting change, since the outgoing Type R rode on narrower 245/30 tires with larger 20-inch wheels. (This could be a European or Japanese-spec wheel/tire package, just sayin’.)

As for chassis upgrades, Honda just says the Type R has “enhanced suspension and steering performance,” and like the outgoing model, the braking hardware comes from Brembo. The CTR’s hatchback shape is much, much cleaner than before, but still features a large wing and Honda’s super cool tri-tip exhaust.

The intentionally vague language surrounding the Civic Type R’s debut actually strikes us as a good thing. Honestly, Honda could put the old car’s engine and chassis under the new car’s body, call it a day and we’d be perfectly happy. The outgoing Type R is one of the best-driving performance cars money can buy, and we’d be thrilled if the new one doesn’t lose an ounce of that moxie.

Inside, the 2023 Type R benefits from all the 11th-generation Civic’s improvements, including a clean dash and center console design and lots of new technology. The Civic Hatchback’s 10.2-inch digital instrument cluster and 9-inch infotainment screen appear to carry over, likely with the same wireless Apple CarPlay and Android Auto capabilities. This is a Type R, though, so look for heavily bolstered seats and a metal shift knob that’ll burn your palm on sunny days.

It’ll come as no surprise that Honda hasn’t released pricing information, but expect the 2023 Civic Type R to start around $40,000. (The 2021 Type R came in at $38,910 including destination.) We’ll likely have the final MSRP — as well as all the other details — just ahead of the Type R hitting dealerships this fall.