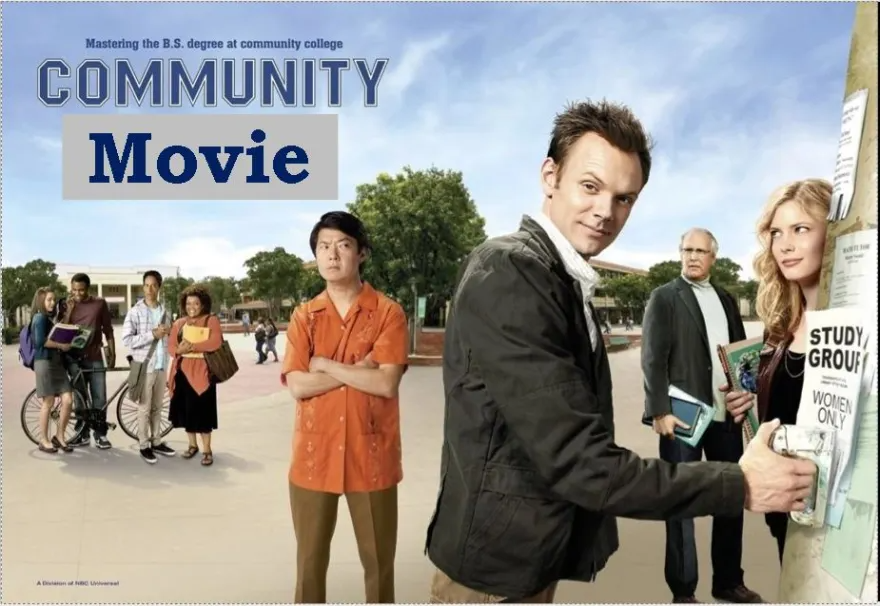 Attention, students. After a prolonged campaign, Community fans will see their “six seasons and a movie” dreams come true, as NBC Universal announced that streaming service Peacock has ordered a Community feature film.

Peacock won the rights to the Community movie from original series creator Dan Harmon in a “highly competitive situation,” according to a press release, and will also stream the series non-exclusively. Harmon will write and executive produce the Community movie with Andrew Guest, who wrote on the show’s first two seasons and penned classic episodes like “Advanced Dungeons & Dragons” and “A Fistful of Paintballs.” Community star Joel McHale will also serve as an executive producer on the film with Russ Krasnoff and Gary Foster. Sony Pictures Television and Universal Television, a division of Universal Studio Group, will serve as the studio.

The series followed a study group’s misadventures and exploits at a community college in Colorado. The film will reunite McHale’s Jeff Winger with some of the members of said study group: Abed (Danny Pudi), Annie (Alison Brie), Britta (Gillian Jacobs), Ben (Ken Jeong), and Dean Pelton (Jim Rash). As of now, it’s unclear whether longtime series regulars Donald Glover, who played Troy and left during the series’ fifth season, Yvette-Nicole Brown, who played Shirley and left at the end of the fifth season, or Chevy Chase, who played Pierce and left during the fourth season and was killed off during the fifth season, will return for the film. While Glover and Brown were not mentioned in the film’s official release, McHale tagged them both in a tweet announcing the project. Brown then positively quote tweeted McHale, writing “It’s happening! Congrats, #Community fans! You guys did this!”

The campaign for Community movie began back in 2014 near the end of the beloved comedy’s run on NBC, with the hashtag #sixseasonsandamovie. Premiering in 2009, Community was a part of NBC’s must see comedy lineup airing alongside The Office, 30 Rock and Parks and Recreation. In 2012, it won an Emmy for outstanding individual achievement in animation – comedy series. In 2020, the full Community cast reunited for a virtual table read to raise money for coronavirus relief efforts.

“‘Six seasons and a movie’ started out as a cheeky line from Community’s early seasons and quickly ignited a passionate fan movement for this iconic, hilarious and cool NBC comedy,” said Susan Rovner, Chairman, Entertainment Content, NBCUniversal Television and Streaming. “We’re incredibly grateful that 15 years later, we are able to deliver fans this promised movie and can’t wait to get to work with Dan Harmon, Andrew Guest, Joel McHale, Sony and our partners at UTV to continue this epic comedy for Peacock audiences.”