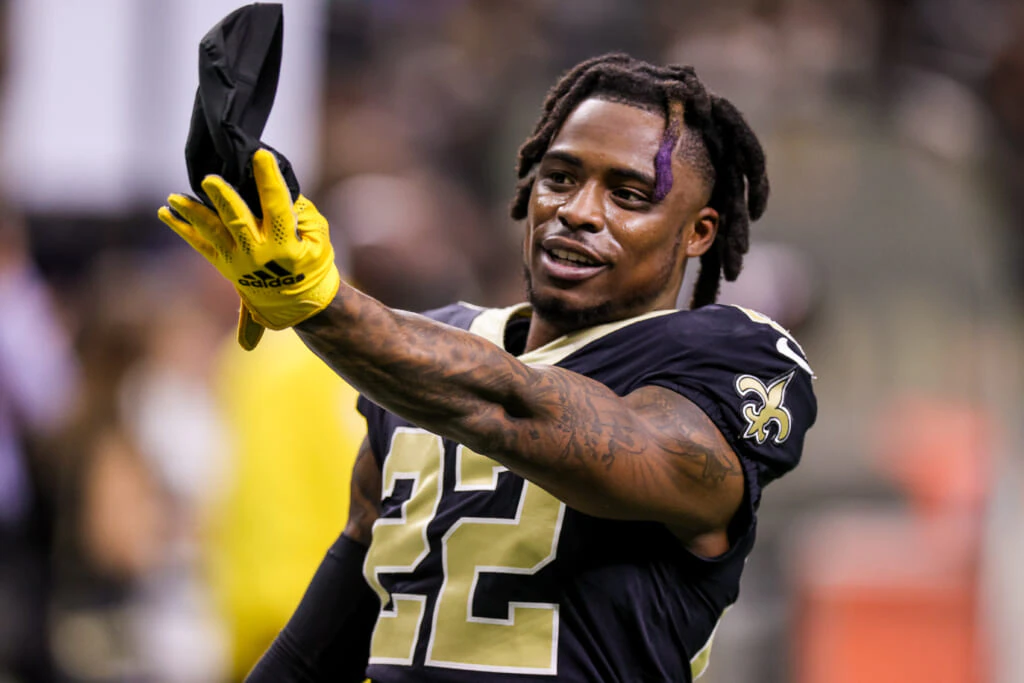 If you could match up a player and a city and create a program to parallel the two parties and their personalities, C.J. Gardner-Johnson and Philadelphia could be a perfect fit. On his first day at the NovaCare Complex in South Philadelphia on Wednesday, Gardner-Johnson spoke of the “passion” he brings to the football field, his willingness to do anything to win, and the importance of being welcomed by his Eagles family.

Sounds a whole lot like the fan base rooting for him.

The Eagles acquired Gardner-Johnson on Tuesday prior to the 4 PM roster cutdown to 53 players and he was on the practice field on Wednesday, already getting involved in a pass breakup and bringing his trademark energy to the defensive mix. Gardner-Johnson moved quickly to and from the auditorium press conference, aware that time is ticking between now and when the Eagles open the regular season on September 11 in Detroit.

“It’s been fun. Nice facility. Great teammates, great coaches, great front office,” Gardner-Johnson said. “I love it. City is beautiful. It’s a new chapter in my life. I’m a ballplayer. It’s just football. I’ve been playing since I was, like, 6 years old, so just getting in, staying in, putting in a little bit of overtime … You say I’m new here. I’ve got 10 days before the season starts. Coaches have been A-1, players have been A-1, they’ve been helpful. First day of practice I was out there flying around out there with the guys.

“You get to see more of me,” he said. “I’m a football player. You can put me anywhere.”

Gardner-Johnson cited the reception he received from the many players who reached out to him upon the trade and the “family” feeling he felt instantly when he walked into the building.

“The energy is ready to go. Everybody knows what is expected,” he said. “It’s a very tight-knit group and they’ve welcomed me with open arms.”

The NFL is a brotherhood, so players are really only a degree or two of separation away from each other, no matter where they are playing. Tight end Dallas Goedert cited his experiences going against Gardner-Johnson when the Eagles played New Orleans in 2020 and 2021.

Marcus Epps is suddenly the most experienced safety in this Eagles defense, and he is working closely with Gardner-Johnson to bring the new guy up to speed. Everybody who talked on Wednesday thinks it won’t be an issue given Gardner-Johnson’s innate understanding of the game and the inner workings of the defense and how all of that meshes with offenses and the way that side of the ball attacks.

“It’s never easy, this close to the game, but he’s a smart dude and you can see it already,” Epps said. “He has a high football IQ. He understands route concepts and what offenses are trying to do. Today, first day, he already made a play, so he’s going to be a good addition for our defense.

“I’m really excited about him and what he can do.”