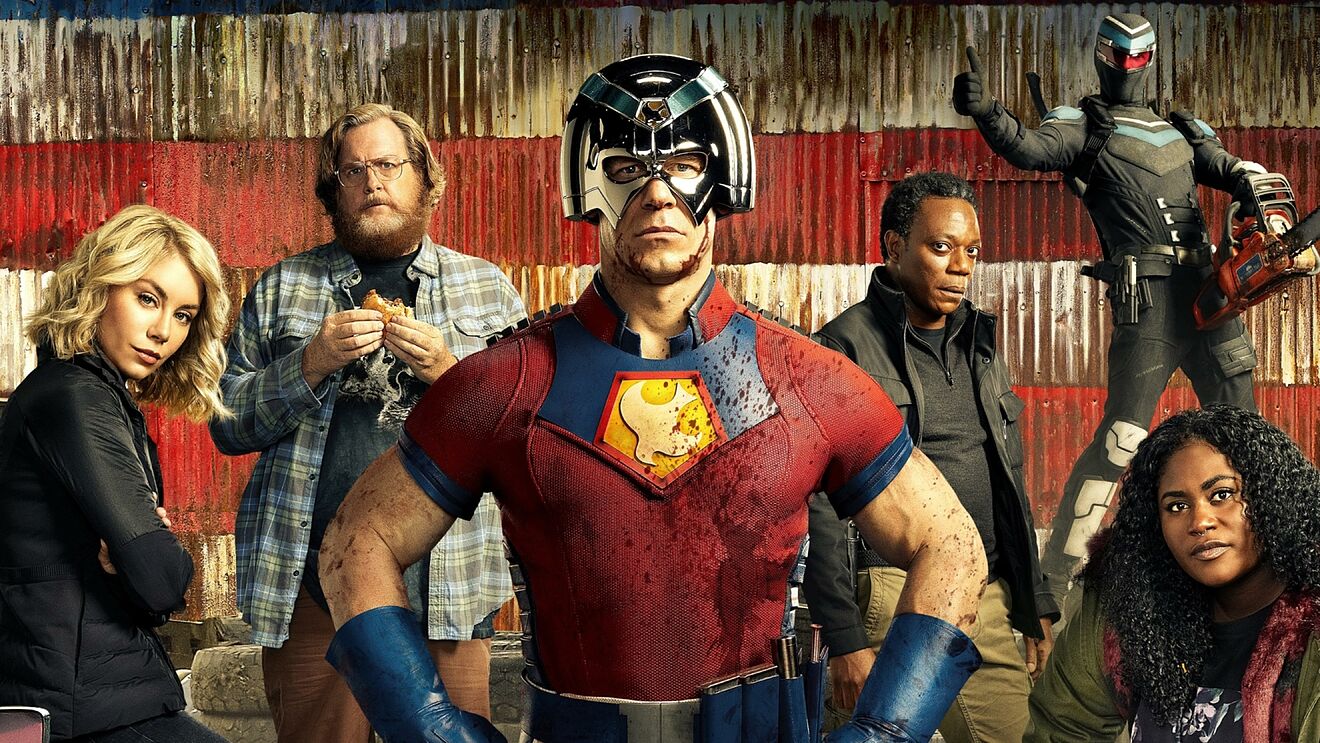 ERIC DEGGANS, BYLINE: One of the more irritating things about HBO Max’s “Peacemaker” is how the show works so hard to explain itself without actually looking like it’s explaining itself. Consider this argument between John Cena’s character, Peacemaker, and a hospital janitor where the janitor insists real superheroes don’t have Cena’s pro wrestling-style hulking physique.

RIZWAN MANJI: (As Jamil) You’re kind of bulky to be a superhero.

MANJI: (As Jamil) Most superheroes have a gymnast body. They are ready to go.

MANJI: (As Jamil) What superhero are you?

MANJI: (As Jamil) There is no superhero called Peacemaker.

MANJI: (As Jamil) Not that famous. Aquaman, he’s famous.

DEGGANS: Or the moment when Peacemaker explains why he wears a colorful costume while conducting covert missions for the U.S. government.

STEVE AGEE: (As John Economos) Maybe I’m stupid, but why would you even want to wear that on a mission? A bright red shirt and white pants aren’t exactly conducive to lurking in the shadows.

CENA: (As Peacemaker) People see this uniform, it strikes fear in their hearts.

JENNIFER HOLLAND: (As Emilia Harcourt) What people? The other people at the Village People tryouts?

DEGGANS: Those who saw last year’s “Suicide Squad” movie met Cena’s Peacemaker, a thick-headed weapons specialist and expert fighter willing to use any level of violence to bring peace – kind of like a brutal, jerky Captain America. Imprisoned by the government, he joined the Suicide Squad to work off his sentence. In the film, written and directed by James Gunn, Peacemaker was shot and severely wounded after killing another member of the squad named Rick Flag. In HBO Max’s series, Peacemaker recovers and sneaks out of the hospital, only to be confronted by another covert government-run strike team pressuring him to join their shadowy mission.

CHUKWUDI IWUJI: (As Clemson Murn) You only served four years of your 30-year sentence. And you thought we were just going to let you go scot-free?

CENA: (As Peacemaker) Yeah. I killed Rick Flag for you people.

HOLLAND: (As Emilia Harcourt) No one ever told you to kill Flag.

CENA: (As Peacemaker) Made the only choice I could.

HOLLAND: (As Emilia Harcourt) Funny for you how often the only choice in killing people coincides.

DEGGANS: Unfortunately, Gunn, who created the HBO Max series, wrote all its scripts and directed most of the episodes, didn’t quite nail the balance of humor and clueless cruelty that made the movie work a bit better. Instead, characters here come off as annoyingly stupid, and the series is too self-conscious about its own R-rated absurdity to find the right tone. The show also has to spend a lot of energy transitioning Cena’s character from a rigid, psychopathic jerk to a more empathetic antihero. He’s supposed to be something of an avatar for the excesses of unbridled jingoism, but the character is such a cartoon, introspective scenes like this one fall a little flat.

CENA: (As Peacemaker) I used to think God put me here for a purpose, for peace. I know I said I didn’t care how many people I needed to torture or kill to get it, but – I don’t know. I’m having feelings about things.

DEGGANS: Even the needle drops like this cut from Norwegian rockers Wig Wam, which is the show’s theme song, don’t quite have the cool cachet of the classic rock tracks the director used in his “Guardians Of The Galaxy” movies. Now, there’s good things about this series, including Robert Patrick, who plays Peacemaker’s father and racist supervillain The White Dragon, and Cena himself, who throws his considerable charisma into trying to make even the silliest parts of this saga work. But too much of this series feels like a pastiche of tricks Gunn has used to better effect in his superhero movies. “Peacemaker” has a handful of great ideas but winds up shooting too many blanks to sustain a series. I’m Eric Deggans.