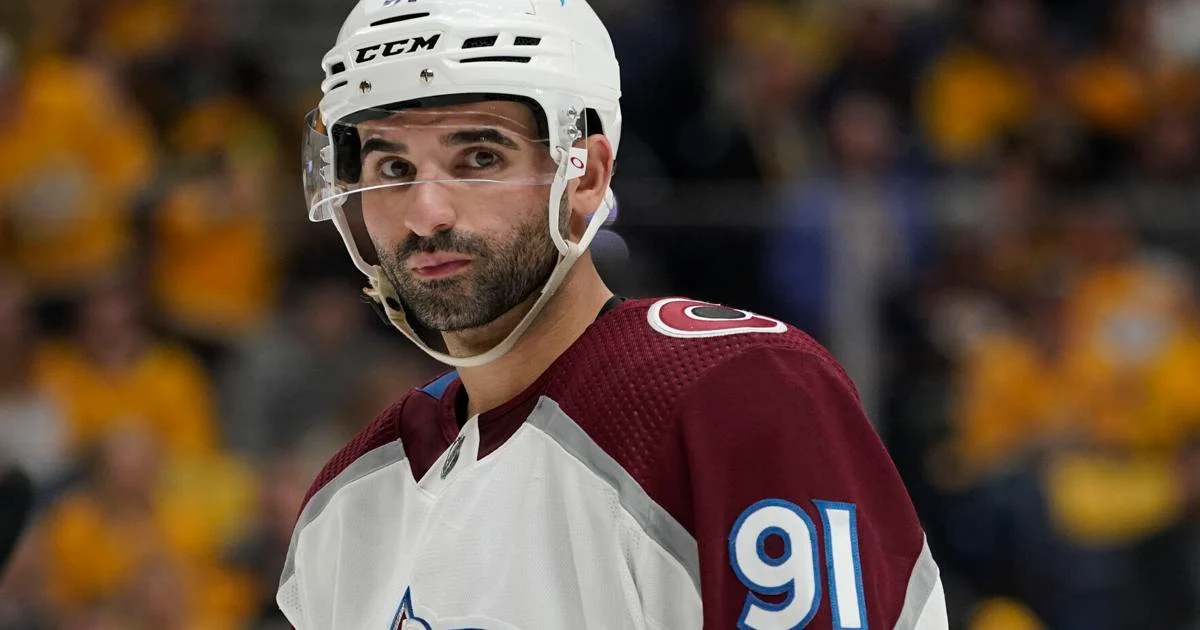 Nazem Kadri had a powerful response to quiet all the haters.

Refusing to buckle in the face of death threats, racial slurs, a booing St. Louis crowd and a few post-whistle hits, the Avalanche forward scored three times — including the game-winner — in a 6-3 victory over the Blues on Monday night.

“I know some of those messages I got doesn’t reflect every single fan in St. Louis,” Kadri said after helping Colorado take a 3-1 lead in its second-round playoff series. “But for those that hate, that was for them.”

The game was played amidst a heightened police presence two days after Kadri became the target of racist social media posts following his collision that knocked Blues goaltender Jordan Binnington out for the rest of the series.

With Binnington watching from a team suite, Kadri scored twice — and celebrated his first goal with a salute to the crowd — during a second-period surge in which Colorado scored four times to build a 4-1 lead. He then completed his first career three-goal playoff game by putting the Avalanche up 5-3 midway through the third period.

Aside from quieting a crowd that booed him from his opening shift, Kadri also made the Blues pay for being undisciplined.

David Perron and Pavel Buchnevich each drew minor penalties for shoving Kadri from behind 5:30 into the second period. After Colorado failed to capitalize on the two-man advantage, Kadri scored what stood up as the game-winning goal seven seconds after the penalties expired.

“For me, I’ll take all the punches I can and convert on the power play,” he said.

At least he didn’t have to avoid having a water bottle thrown at him, as happened following Colorado’s 5-2 win in Game 3 on Saturday.

“Maybe that was the fuel I needed, and what we needed, and came up with another big win,” he said.

Kadri became the focus of attention a day earlier when the Avalanche acknowledged being aware of the threats made against their player and were working with local law enforcement to investigate.

On Monday, NHL Deputy Commissioner Bill Daly told The Associated Press by email that the league was in touch with St. Louis Police who were employing enhanced security procedures at both the arena and Avalanche hotel.

“We take threats made to any of our players or other club personnel seriously,” Daly said.

The AP verified the existence of Twitter posts sent to the official Avalanche team account and to Kadri’s calling him “Arab scum” and referencing terrorism. Other posts, some of which have since been deleted, included death threats. One was still up hours before Game 4.

It was not clear if the social media posts were the subject of league, team or police investigation or if there were other threats made toward Kadri, who is of Lebanese descent and born in London, Ontario.

Sadly, Kadri acknowledged, he’s been dealing with racial slurs for much of his life.

“I’m getting good at just putting it in the rearview mirror,” he said. “It’s a big deal. I try to act like it’s not, and I just keep moving forward.”

Kadri’s teammates rallied to his defense before the game.

“Unfortunately people think they have the freedom to say and do whatever they want,” Colorado captain Gabriel Landeskog said. “But we always have security and this is no different.”

The increased security at the arena was evident with a person wearing a dark blue jacket with “St. Louis Police” printed in yellow on the back standing near the Avalanche bench as Kadri and the Avalanche took to the ice before game time.

Kadri was booed upon taking his first shift a little over a minute into the game, as well as each time he touched the puck. The crowd roared when Kadri’s first shift ended with him being confronted by Blues forward Brayden Schenn at the benches.

Former NHL player Akim Aliu told The AP by text message he has been in constant communication with Kadri, and added, “All we can really do is support him morally. … Racist attacks like this have no place in hockey and should be investigated and reported on.”

Aliu and Kadri are members of the Hockey Diversity Alliance, which works toward eradicating systemic racism and intolerance in hockey and helps in making the sport more accessible to minorities and underprivileged youth.

The NHL has several layers of security in place, including club personnel and additional services provided by the home team that are in constant communication with the league’s security department. That department activates in situations such as this one and can work with federal and local law enforcement, when necessary.

The league, with input from the NHL Players’ Association established a confidential hotline to which players can report harassment, discrimination or other serious misconduct. It’s operated by a third party, with the ability to make reports by phone, email or online anonymously or with attribution.