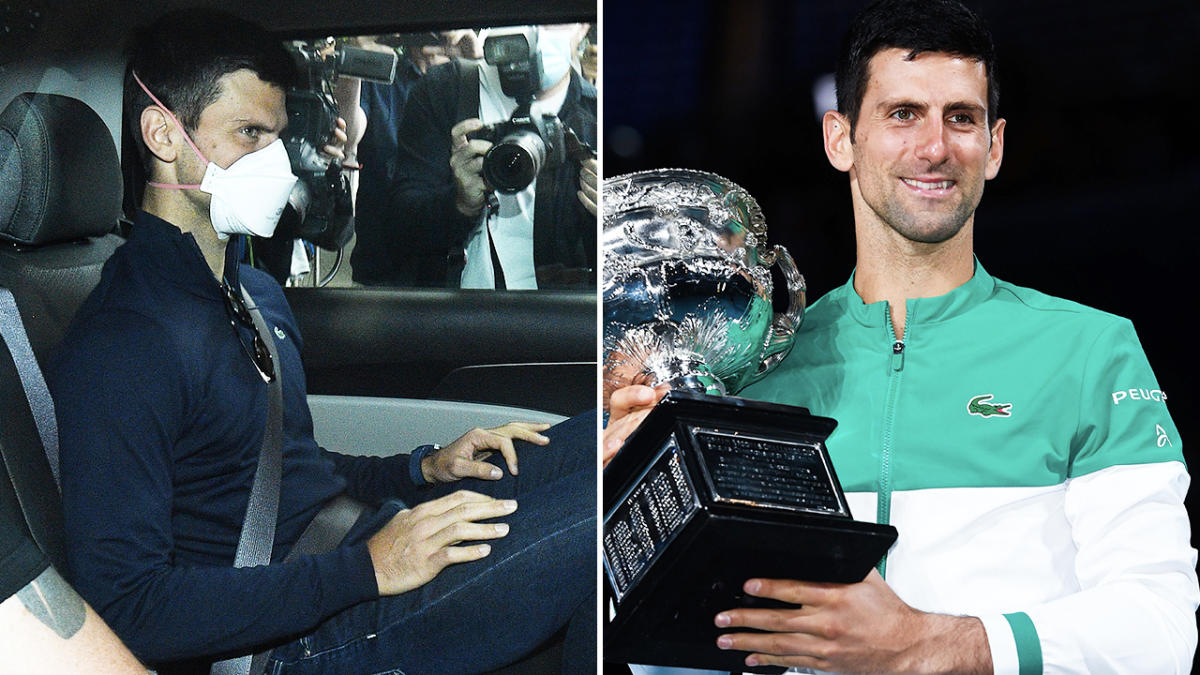 Djokovic has rebounded from demoralizing periods in the past, but talented players are coming behind him, and his anti-vaccine stance has made him a global target.

Even after being ejected from Australia, Novak Djokovic will remain No. 1 in the men’s tennis rankings at the end of the Australian Open, which began on Monday without him.

He still holds the titles at the French Open and Wimbledon; still has supple limbs, formidable tennis skills and a deep history of resilience in the face of hostile crowds and long odds.

But in a what-have-you-won-for-me-lately sport that is often categorized by eras and the champions who define them, it would come as no surprise if Sunday marked a turning point, symbolized by his long, grim walk to the airport gate in Melbourne under the escort of immigration officials.

Djokovic is 34, and as he left Australia against his will after his visa was canceled, a new generation of taller, talented stars in men’s tennis was preparing to pursue the title at the Grand Slam tournament he has dominated like no other and may never play again, if his three-year ban from the country is not rescinded.

“This certainly could knock him back,” John Isner, a friend of Djokovic’s and one of the top-ranked American players, said on Sunday. “I honestly don’t know which way it will go. It could take him a long time to recover, or light a fire under him.”

Djokovic has rebounded from demoralizing periods in the past and resumed winning. In 2017, after perhaps the most dominant phase of his career, he struggled with his motivation and lost his edge for more than a year amid personal problems and a persistent right elbow injury. He had a commitment to natural healing that foreshadowed his decision not to be vaccinated for the coronavirus. But after playing and struggling at the Australian Open in 2018 with his elbow supported by a compression sleeve, he decided, tearfully he has said, to undergo surgery.

Five months later, he was a Grand Slam champion again, winning the 2018 Wimbledon title and soon re-establishing himself as No. 1, at the expense of his career-long rivals, Roger Federer and Rafael Nadal.

In early 2020, Djokovic was still on a roll, starting the year with 18 straight victories before the pandemic shut down the sport for five months in 2020. He organized an ill-advised exhibition tour in Serbia and Croatia in June during the enforced break that turned into a superspreader event and public-relations bonfire as he and other players and team members, including Djokovic’s coach Goran Ivanisevic, danced and partied unmasked in a Balkan nightclub, thoroughly out of sync with the global mood.

The tour was canceled. Djokovic; his wife, Jelena; Ivanisevic; and others tested positive for the coronavirus, and when Djokovic did return to Grand Slam action, at the 2020 U.S. Open, he proceeded to eliminate himself from the tournament in the fourth round by hitting a ball in frustration after losing his serve and inadvertently hitting a lineswoman in the throat. He was defaulted by the tournament referee and returned to Europe to regroup. A young Austrian, Dominic Thiem, eventually won the title.

After all the dubious decisions and dents to his image, another Djokovic tailspin was hardly out of the question, but in a reflection of his tenacity and talent, he roared back in 2021 with one of his finest seasons: winning the first three Grand Slam tournaments and coming within one match of achieving the first men’s Grand Slam in singles in 52 years before losing to Daniil Medvedev in the U.S. Open final.

That display of resilience in 2021 should give pause to all those who might expect Djokovic to curl himself into a ball on the floor of his Monte Carlo apartment in the aftermath of the Australian affair.

We are talking about a player who became a champion despite growing up in Belgrade during the violent breakup of Yugoslavia, when NATO bombing forced him to interrupt tennis practices. He left home at 12 for a tennis academy in Germany as his parents and family borrowed and improvised to fund his training in the hope that the sport would be his route, and theirs, to better days. Djokovic told me that his father, Srdjan, once gathered the family and slammed a 10 Deutsche mark on the kitchen table and explained that this was all the money they had left.

“He said that more than ever we have to stick together and go through this together and figure out the way,” Djokovic said in that interview. “That was a very powerful and very impactful moment in my growth, my life, all of our lives.”

What is one deportation in comparison with all of that?

The answer seems self-evident, but the body blows can add up. Djokovic is accustomed to being the outsider, to hearing the roars of support for Federer and other opponents and winning anyway. He has even gone so far as to imagine that the crowds are chanting his name instead, but he has never been a global target to this degree.

Though he insists he does not want to be an anti-vaccine champion, the fallout from his iconoclastic stance in Australia — he is one of only three top-100 men’s players to be unvaccinated — means that he will be indelibly associated with the issue. And as long as he remains unvaccinated, he will face challenges entering some other countries and tournaments.

Energy is one of Djokovic’s hallmarks. Spend time with him one on one and his life force and restless curiosity come through, but he has expended a great deal of effort in recent years on causes beyond winning tennis matches: taking on the status quo on the men’s tour and creating a new player group to promote — so far unsuccessfully — change and more decision-making power for players at all levels of the rankings. He has helped start a new tournament in Belgrade, done charitable work in Serbia and the Balkan region and has cooperated with a behind-the-scenes documentary that is expected be released in 2022.

It should have no dearth of content: no shortage of major triumphs and brutal setbacks. At what point does it all dull his edge? The answer could be right about now.

Even in his remarkable 2021 season, there were hints of new vulnerability on court. He played less, a nod to his age and need to focus energy on the biggest tournaments. But he faltered in some regular tour events and fell short at the Olympics, failing to win a medal and losing to Alexander Zverev in the semifinals in singles.

“One of the interesting things about last year was that he was more vulnerable week in and week out,” said Patrick McEnroe, an ESPN analyst and former U.S. Davis Cup captain. “He’s obviously learned to prepare himself and peak for the majors as well as anyone, but he would normally be almost as tough to beat in the other tournaments, and that seemed to change. It’s funny: Even though he won three majors, you felt like he was kind of hanging on a bit by a thread as far as dominating.”

Medvedev and Zverev both beat him in matches that truly mattered in 2021, although only Medvedev was able to beat him in a best-of-five-set match that mattered. Unless Nadal can recapture the magic after a long layoff and generate consistent depth with his groundstrokes, the second-seeded Medvedev and third-seeded Zverev are the favorites in Djokovic’s absence in Melbourne.

Djokovic, if he plays like Djokovic, is poised to remain a step ahead on clay and grass, where neither Medvedev nor Zverev has yet found his footing at Wimbledon. But the intangibles will be decisive.

Djokovic’s emotional loss to Medvedev in New York last year seemed to mark a shift in public opinion: a deeper connection and appreciation for his enduring excellence as he failed to complete his quest. But after Melbourne, the notion that he might, in the autumnal phase of his career, match the global popularity of Federer and Nadal seems far-fetched. Djokovic, a wizard at returning serve and shooting himself in the sneaker, has long been polarizing and, it seems, will remain so.

His faulty judgment does not help: choosing to meet with reporters when he should have been self-isolating after a positive coronavirus test was the latest example.

The Australian affair was not all his doing. The mixed messages from Australian authorities over the requirements for entry into the country played a large role. So did the political and social climate once he arrived in a country and city that were experiencing a surge in cases despite the extreme measures and lockdowns of 2020 and 2021. In retrospect, he should not have come at all. But it is too late to reread the room.

The tournament will go on without him for the first time since 2004, and with Federer out with an injury, this is the first time in Nadal’s long career that he will be the lone representative of the Big Three in a Grand Slam tournament.

Their era has been one of the most captivating and enduring in sports, and they share the men’s record with 20 Grand Slam singles titles apiece. Finishing in a tie is not out of the question. Their era is in its latter stages, given their ages and the talent rising in their wake. All that happened in Melbourne over the last 11 days could accelerate the transition.