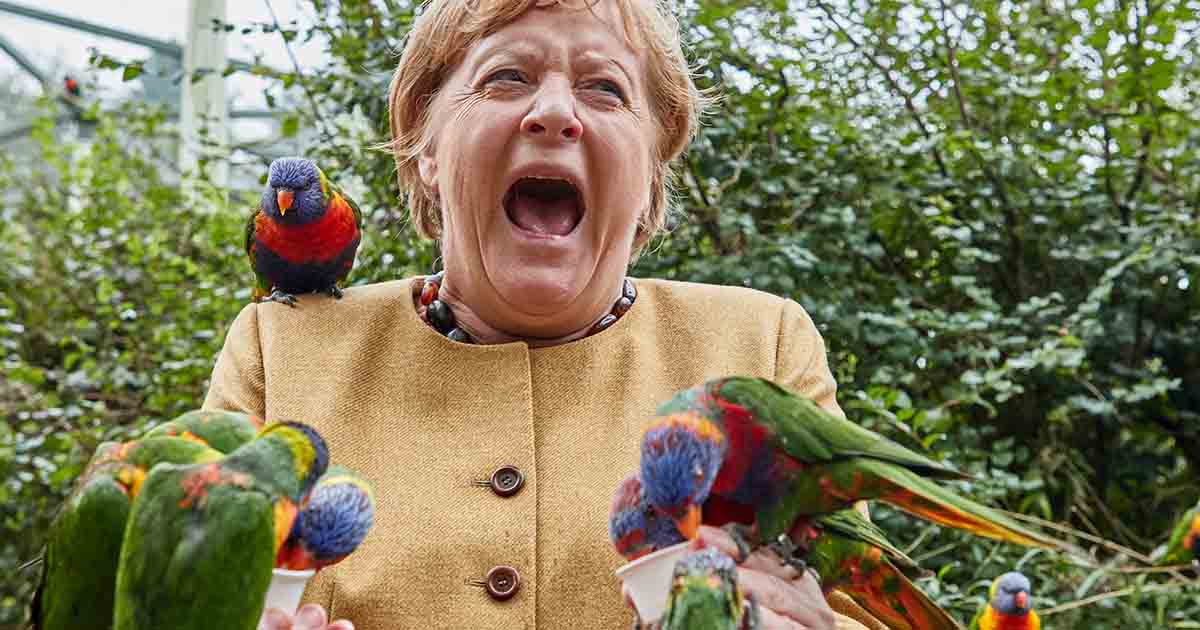 Outgoing German Chancellor Angela Merkel visited a bird zoo on Thursday and a bird – an Australian rainbow lorikeet – pecked at her, prompting one of the most colorful photographs of a world leader in recent memory.

Merkel was at Marlow Bird Park when the bird biting occurred, on a farewell tour of her home constituency in Mecklenburg-Western Pomerania. She appeared to let out a bit of a scream when the bite transpired.

The German leader, who is set to step down after 16 years, appeared to thoroughly enjoy the visit overall and did not sustain any serious injuries

Though she interacted with plenty of birds, Merkel apparently was not interested when presented with an opportunity to hold a European eagle owl.

“No, no. I did fine with the parakeets,” Merkel said, per Deutsche Welle.

Merkel, who has been one of the most influential leaders in the European Union for over a decade, is leaving office at a precarious moment for trans-Atlantic relations.

The German leader had a particularly thorny dynamic with President Donald Trump, who eroded US relations with historic European allies.

President Joe Biden has made repairing those relationships a top priority, but has struggled in this regard. Biden, for example, recently alienated France via a nuclear submarine partnership with Australia and the UK that undermined a prior deal between the French and Australians.

The Wall Street Journal this week also reported that Biden wanted Merkel to be his first call to a foreign leader after taking office, but she blew him off. Merkel was at her country home at the time.