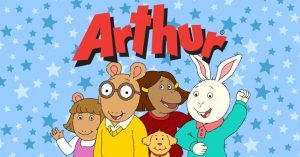 Arthur, the longest-running children’s animated series in the history of American television, is set to end with its 25th season.

The iconic children’s series will end on PBS Kids with its final season debuting in the winter of 2022.

The news emerged from an interview with Kathy Waugh, who originally developed the show from the books by Marc Brown, on the Finding DW podcast with Jason Szwimer.

“Arthur is no longer in production. We had our wrap party two years ago,” Waugh told Szwimer. “I think [PBS] made a mistake, and I think Arthur should come back and I’m know I’m not alone in thinking they made a mistake. I don’t know if it was a ratings issue or if it felt like it needed to be retired. To me, it felt evergreen, like it was never going to end but it did end, we finished the last episode, season 25 two years ago.”

The show based on the Arthur Adventure book series, written and illustrated by Brown, first went on the air in October of 1996, and has run for more than 240 episodes.

Over the years, Arthur has examined numerous social issues. It most recently drew headlines with a 2019 episode, which examined the same-sex marriage between third-grade teacher Mr. Ratburn and Patrick the chocolatier. That episode, titled “Mr. Ratburn and the Special Someone”, was boycotted by Alabama Public Television.