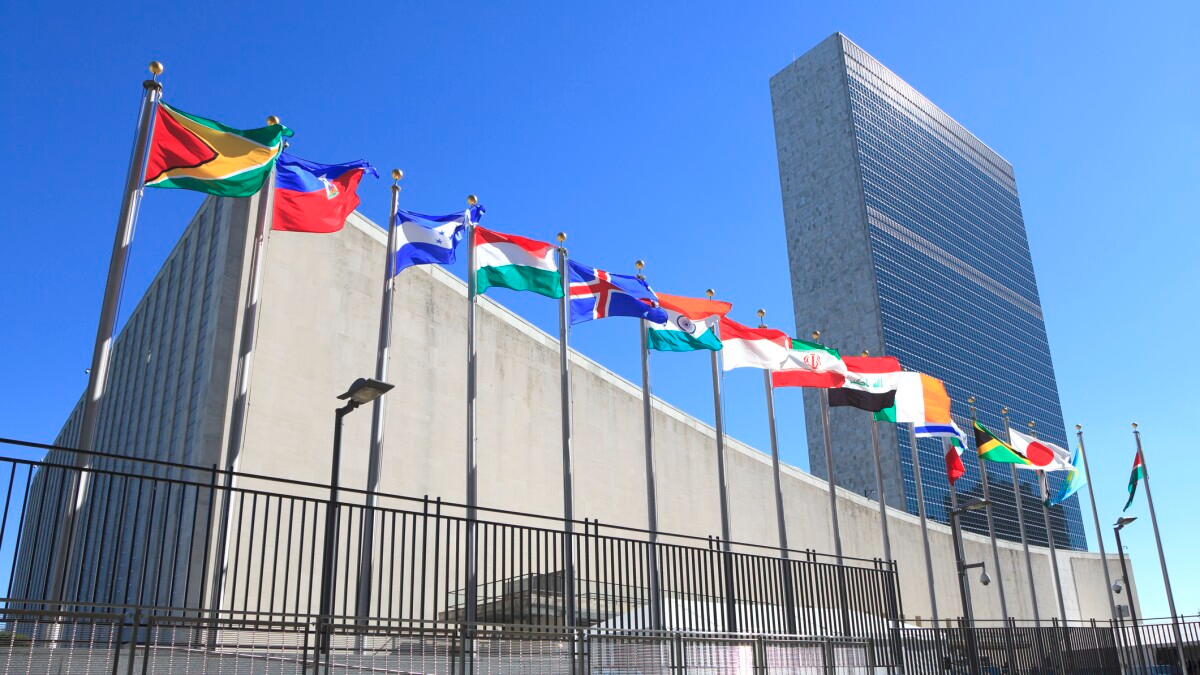 This time of year, at Turtle Bay in New York, the leaders of the world flock to the United Nations like homing pigeons for the annual gabfest at the meeting of the General Assembly. Leaders, great and small, get their chance to address the world. President Joe Biden will be one of them. His theme will reportedly be “democracies vs. autocracies.” Prepare to be underwhelmed.

For starters, remember that the best strategic leadership is words and deeds. Take Winston Churchill’s famous declaration, “we will fight them on the beaches.” This speech would be long forgotten, if the prime minister had not actually resolutely committed to fighting and winning the Battle of Britain.

Indeed, friends, allies, and enemies pay more attention to what our leaders “do” than what they “say.” Biden starts with a bit of a credibility deficit. The withdrawal from Afghanistan was a disaster. An open border has the world scratching its head. Biden looked flustered over the Taiwan crisis. He failed to deter Putin’s invasion of Ukraine and despite the massive American aid, Biden doesn’t seem to have real plan for a way forward.

This, however, is not the worst of Biden’s foreign policy. Beyond the shear ineptness and incompetence of his team lurks a deeper shortfall — a serious penchant to put politics ahead of good policy.

There used to be axion that politics ends at the water’s edge. The Biden administration has turned that principle of statecraft on it head. Throughout the Cold War, there was in fact a serious effort to fashion bipartisan foreign policy with a coalition of political leader across the Left and the Right. In the 1990s, however, the character of American political leadership began to significantly change. Political diversity atrophied in both parties to the point that forging a foreign policy consensus with leaders across both sides of the aisle became increasingly difficult.

Biden has taken this divide to the extreme. Instead of politics ending at the waters edge, our president sees foreign policy primarily as an extension of his domestic political agenda . Just look at the White House top priorities. They are not China, Russia, Iran or North Korea. They are climate change and a woke cultural agenda that mimics leftist radical social policies pushed here at home.

Climate change is a case in point. Biden’s climate policies are not an economic plan. They are not energy or environmental plan. They are certainly not a national security plan. They are a political agenda to further the radical transformation of America and secure progressive control of the country. Global climate policy exists only to reinforce his domestic agenda.

All this ought to raise all sorts of red flags for Biden’s UN speeches where he plans to take on the world’s bad boys. Domestically Biden has used the threat to democracy theme exclusively to go after his political opponents. Threats to democracy are anyone who disagrees with Biden policies. Detractors from the Biden agenda are axiomatically described as racists, fascists, white supremacists, and radicals. They hate women. They hate men who want to call themselves women. They are outraged by outrages like men competing in women’s sports, radical thugs rioting in American cities, and indifference to the life of the unborn. All these forms of “violence” are anti-Biden and thus, anti-democracy.

We should have every expectation that Biden will mirror this division of good and bad in his approach to foreign policy.

There is already ample evidence that the president’s administration has less than zero credibility when it comes to making distinctions between good and evil abroad. His approach to evil actors is actually to engage them and occasionally finger-wave and offer a bit of scolding. He is still desperate for an Iran Deal , despite ample evidence that this regime is as evil as it looks, even attempting to hire hunter-killer squads to hunt former U.S. officials. He is soft on China. Before the outbreak of the war Ukraine he looked like little more than a speed bump to Putin. He has coddles every leftist anti-American regime in Latin America.

Biden will make a speech at the UN. His cronies will praise. His allies will be polite. His enemies will deride it. In short order, we will all forget it and be faced with the reality that when it comes to defending democracy and battling authoritarianism, we have a White House with a deficit of both.