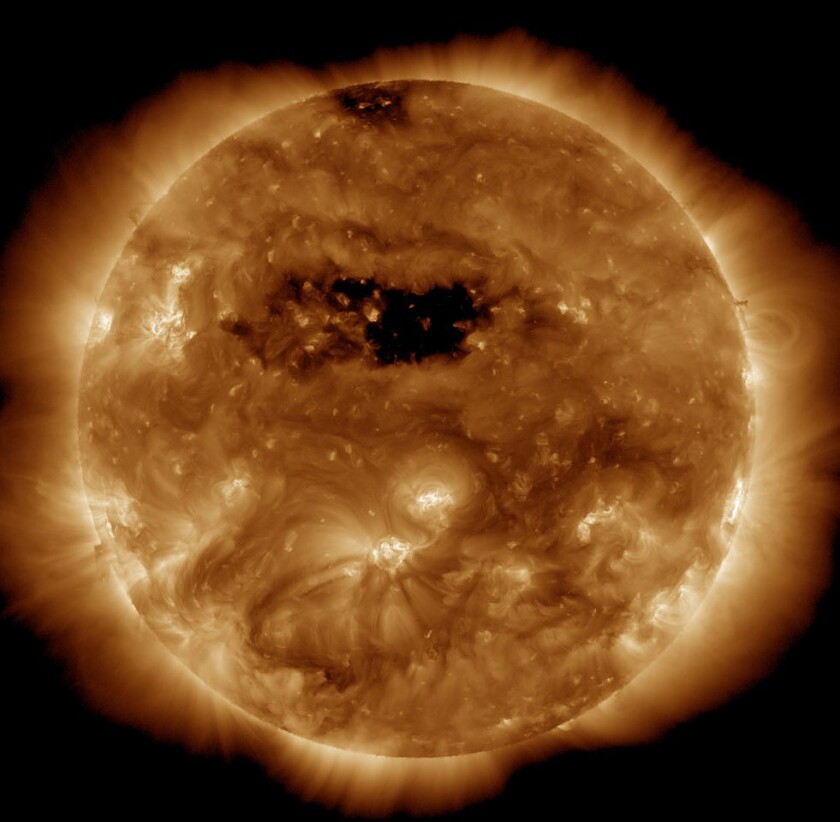 Keep an eye to the sky Wednesday night if you live across the far northern U.S.: The aurora borealis, or northern lights, may be making a rare appearance.

Recent explosions on the surface of the sun have sent clouds of charged particles, known as coronal mass ejections, hurtling through the solar system, according to

“These clouds of particles are predicted to collide with Earth’s magnetic field on Wednesday night into Thursday, sparking dazzling displays of the aurora,” AccuWeather’s Brian Lada said.

Geomagnetic storms such as these can also affect infrastructure in near-Earth orbit and on the surface, possibly disrupting communications, the power grid, navigation, and radio and satellite operations, the National Oceanic and Atmospheric Administration said.

The storms can drive the aurora farther south from its usual position over the polar region. Auroras for this storm may be visible, if weather conditions are favorable, as far south as Pennsylvania to Iowa to Oregon, NOAA reported.

The southern lights, known as the aurora australis, also can be visible in far southern parts of the world such as Australia.

Another round of northern lights is possible Thursday night, although the glow of the aurora probably will not be visible as far south as it is Wednesday night, AccuWeather said.