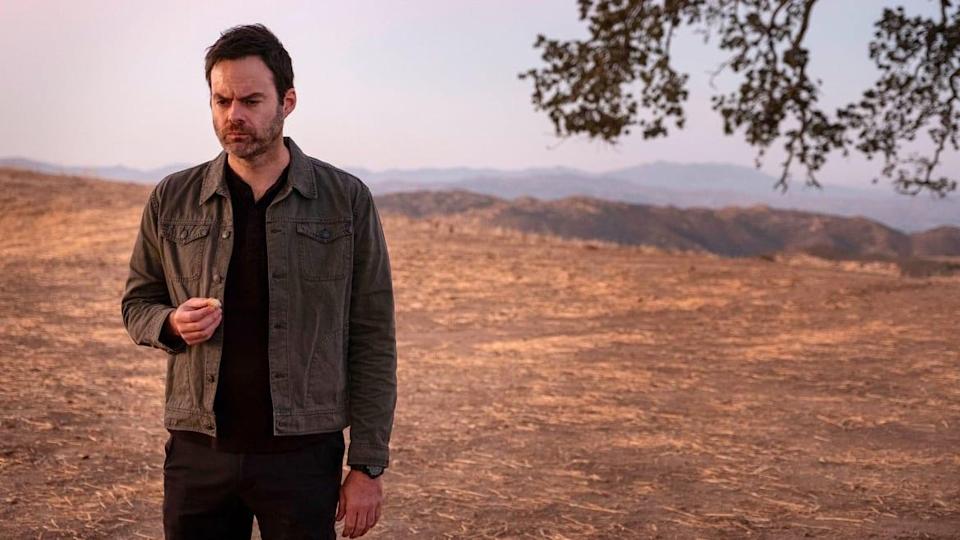 Nobody is more critical of Gene Cousineau than the actor portraying him. Since 2018, Henry Winkler has been playing the acting coach on Alec Berg and Bill Hader’s HBO crime dramedy “Barry.” And while the role has provided Winkler some of the best reviews of his career, along with an Emmy for the show’s debut season, the TV icon known for playing the Fonz on “Happy Days” doesn’t mince words when describing Cousineau, referring to him as “selfish,” “self-centered” and with “no loving ability.”

When Season 3 of “Barry” begins, Cousineau seems to have changed, in ways both good and bad. Following the events of Season 2, he’s mended the rift between himself and his long-estranged son Leo (Andrew Leeds) and his grandson, who now both live with him. But he’s also emotionally distraught after his discovery at the end of Season 2 that his acting student and mentee Barry (Hader) killed his beloved girlfriend, detective Janice Moss (Paula Newsome).

After the police ignore his report, Cousineau confronts Barry at the climax of the episode, intending to force him to confess his crime to the cops. But the confrontation quickly falls apart, and Cousineau winds up with a gun pointed at him by Barry, begging for his life. Just when things seem grim for Cousineau, he manages to stave off his death by swearing he can forgive Barry if he “Fucking earns it” — a statement that Winkler says Cousineau needs to be applying to his own life.

“You have to earn it,” Winkler says. “That is a phrase right in that very first scene and when he has me by the tree. I’m telling him he has to earn it. And what I really should be saying is, ‘Excuse me sir, you should be earning it.’ Because he has abandoned his family. The first time I meet my son, he wants nothing to do with me. He just thinks I’m full of shit. Earning, it’s a really big part of whether you can or can’t have forgiveness this season.”

Ahead of the Season 3 premiere, Variety chatted with Winkler about shooting the confrontation between Cousineau and Barry, delving into the crime world of the show and his biggest pieces of advice for young actors.

“Barry” ended its second season with that cliffhanger ending, and then thanks to COVID, production got delayed for a long time.

Yeah, it really hung there for a long while. That moment, in the bed, when I sit up and realize it’s Barry Berkman, was shot on Stage 19 on the Paramount lot, where I spent nine years shooting “Happy Days.” So it was just like, “What a circle!” That I should be doing a character at 27 on Stage 19, and now a character at 75 on Stage 19.

What was the day of the shutdown like in 2020, and how did it feel as an actor to sit with that moment for such a long time?

We were at a reading at Sony. There was a lunch out for everybody. Everybody was eating finger food, and then we were told to go home for eight weeks — and it was two and a half years. And this is the truth, especially in the theater.

Let us imagine you’re in repertory theater, and you’re doing a play. And then that play is put aside for a while while you’re rehearsing two others. When you come back to that first play, it has grown in you like an elephant gestating for years until the baby is born. And the character then comes out, so the next time you do that play, it’s bigger, it’s richer. I don’t know why, but it just happens that way.

The premiere sees Cousineau close his acting class, which for the first two seasons was essentially the hub of the show. How does that change the dynamic for the cast?

I desperately miss my class. Not the actuality of it, but the people in it, the people who populate it. Because each one of them, they are a home run hitter. You know, Rightor Doyle [the actor who plays Nick in the show], produced, directed and wrote a series on Netflix. He’s now just finishing up his first movie. And on infinitum, it goes from there. Every one of them is doing great, but I miss them as human beings, just being around them.

The show has always had these two worlds, the acting world and the criminal world. Cousineau learning about Barry’s secret is the first time those worlds have really merged. How did you approach learning the secret as an actor?

The worlds have merged, and my world has gotten way more dangerous. Knowing that it was Barry Berkman who ripped the love of my life out of my heart, I’m now filled with extraordinary rage. Extraordinary revenge. And how do I — as a discombobulated human being in the first place, who’s so self-centered he has no idea there’s anything outside his own mind — how do I deal with that?

Can you walk me through shooting that confrontation scene in the first episode with Bill Hader in the office?

During that confrontation, Cousineau has a gun. Obviously it doesn’t go according to plan, but I’m curious about your perspective. Do you think he would have pulled the trigger, or was that just a bluff?

Under the circumstance, remember that Gene has no relationship to other people, no loving ability. He loves the image of himself he sees in the mirrors in his mind that reflect only him. And now he finally found somebody who makes him go “Oh my god, I adore this woman and she likes me.” And in a minute she is gone. I think yes. If push came to shove, I would definitely have killed Barry.

It’s interesting you say Cousineau only loves himself. I feel like over the seasons he’s really grown as a person. We see him in this episode, he has a better relationship with his son and his grandson. Do you think that changed him, or is he still the same person at his core?

I think what is happening, he’s on a journey. He has no idea, first of, all what to pack. And second of all, he has no idea where it’s leading, and will he ever come back. I don’t know how many episodes you’ve seen?

I’ve only seen the first four, so maybe I should be interviewing you! It really is a roller coaster.

The first episode is centered around this idea of forgiveness. Do you think that Barry deserves forgiveness?

Forgiveness, I think that’s the umbrella for the entire season. I can’t answer that question. I don’t know how Barry gets away with it. In the first season, he shoots his best friend from the Marines in the head in the car. In the very next episode, he kills the Chechens and saves Fuches, and you are cheering in your room, going “Oh my god!” Because remember, I’m not in those scenes. I never see what is happening until I watch the show. My jaw fell on the floor, I sat down in a chair and I went, “I didn’t just see what I saw.” And then in the next moment, I’m on my feet out of my chair cheering. I don’t know how Bill Hader and Alec Berg do this. It is mind boggling that somehow you always forgive Barry.

Over the course of the series, we’ve heard a bit about Cousineau’s past, but we haven’t gotten a ton of details about what happened between him and his family, and why he abandoned his son. Is that something you figured out for yourself?

I can’t talk about that because my past is slowly revealed throughout the season. I have a post-it-note in my wallet with things I’m allowed to say. [Reads the note] The show is on HBO, it’s on Sunday night at 10 p.m. and they made me run, as a mature person, more than I ever ran since 1958.

It was! But that was it, all the weight came back.

On the note of your family, what was it like working with Andrew Leeds, who plays your your son in the show?

This is my second season with him. And we get along like bread and butter. It’s effortless. The amazing thing, the women who cast this show, oh, my God. Sharon [Bialy] and Sherry [Thomas], Sherry and Sharon. It’s flawless. How about Elsie Fisher? I mean, hello. And then you remember that she started, I think having never done it before, in “Eighth Grade.” She is like a duck to water. And then how about, I adore this woman, D’Arcy [Carden]? You know, before the pandemic, I was asked to go to South by Southwest and and I took D’Arcy. And I taught a class in two classes, one in acting and one in improv. And all of a sudden, as we were doing it, I moved to the side of the stage, and D’Arcy ran the class, because she is one of the great improvisors of America.

Since we’re on the topic of acting classes, my last question: As a veteran actor who is playing an acting coach, what would be your No. 1 piece of advice for up-and-coming young actors? And would it be different from Cousineau’s advice?

It would be completely different from Cousineau, because all he cares about is that you pay in cash. He doesn’t care whether you got any talent whatsoever. You pay in cash, you’re Olivier. You’re a Brad Pitt if you leave the check behind on time.

But honest to God, if you’re really asking me, this is what I would say to a young actor: Be honest about your talent, train your talent and be willing to take the risk of putting your ass on the line. Because everything else will follow. Everything will come. You cannot absorb what other people do or don’t do with you as an actor. You can only believe you’ve got something to say and you are like a weeble wobble. You tilt over, and you come right back to center, and you keep moving forward. And that will get you exactly where you want to go.