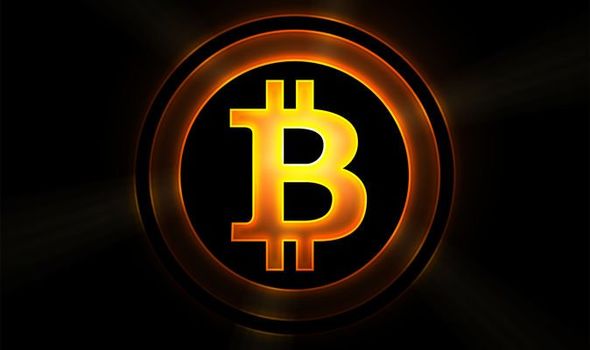 BITCOIN and other cryptocurrencies suffered a dramatic drop in value on Friday. But what’s exactly led to this development?

Cryptocurrencies have taken the world by storm in recent years, prompting investors to take advantage of the new digital-age tender. However, several weeks ago, one of the most prominent cryptocurrencies, Bitcoin, suffered its worst price slump for nearly four years. On Friday, it was revealed that Bitcoin took a further hit to it’s pricing owing to several factors. So, what are they?

On Friday the price of Bitcoin dropped as much as 7.4 percent against the US dollar during Asian trading to $38,261.

Other major cryptocurrencies tumbled as well, with Ether – the second largest cryptocurrency in terms of market capitalisation – down by almost nine percent.

According to figures from CoinMarketCap the falls for some of the world’s largest cryptocurrencies wiped about $140bn off their combined market capitalisation.

What led to Friday’s development?
The cryptocurrency rut comes after investors dumped shares in a number of tech companies.

Sales of Bitcoin began to accelerate late on Thursday in the New York trading day, following the video streaming giant Netflix’s announcement of a warning on subscriber growth.

Consequently, shares fell by around 20 percent in pre-market trading on Nasdaq – US-based stock exchange – during Friday.

The steep sell-off in digital assets also came a day after the Russian central bank announced draft proposals seeking to ban all cryptocurrency trading and mining.

In addition, the proposed regulations would block cryptocurrency investment by banks and forbid any exchange of cryptocurrency for traditional currencies in Russia.

Currently, the country is one of the world’s largest centres for crypto mining, which is the process by which new units of digital currency are created.

Initially, the announcement had little impact on Bitcoin, which rose as much as 3.7 percent against the US dollar on Thursday.

However, it had dropped by more than 10 percent by Friday afternoon, in Asia, from the previous day’s high to hit its lowest level since August.

Vince Turcotte, Asia-Pacific sales director at Eventus Systems told the Financial Times: “The Russian regulators have been frustrated [with the cryptocurrency industry] for several years and none of their warnings have been heeded.”

He added while the Russian proposal was “relatively harsher”, it was only the latest in a series of announcements on cryptocurrencies, by regulators across the globe, focused largely on protecting retail investors.

Mr Turcotte likened the situation in Russia to that of China before Beijing began a more forceful crackdown on the industry.

He said: “Nobody listened to [Chinese officials] until they actually brought the hammer down.”

China, last year, declared that all crypto activities were illegal.

What is Bitcoin?
Bitcoin is a decentralised digital currency, which, unlike other currencies, doesn’t have a central bank or single administrator.

Released in 2009, it’s never been confirmed who the tender was created by.

Instead, its origins are owed to an unknown person or group of people using the name Satoshi Nakamoto.

The Central American Republic of El Salvador officially adopted Bitcoin in September 2021, as legal tender, becoming the first nation in the world to do so.