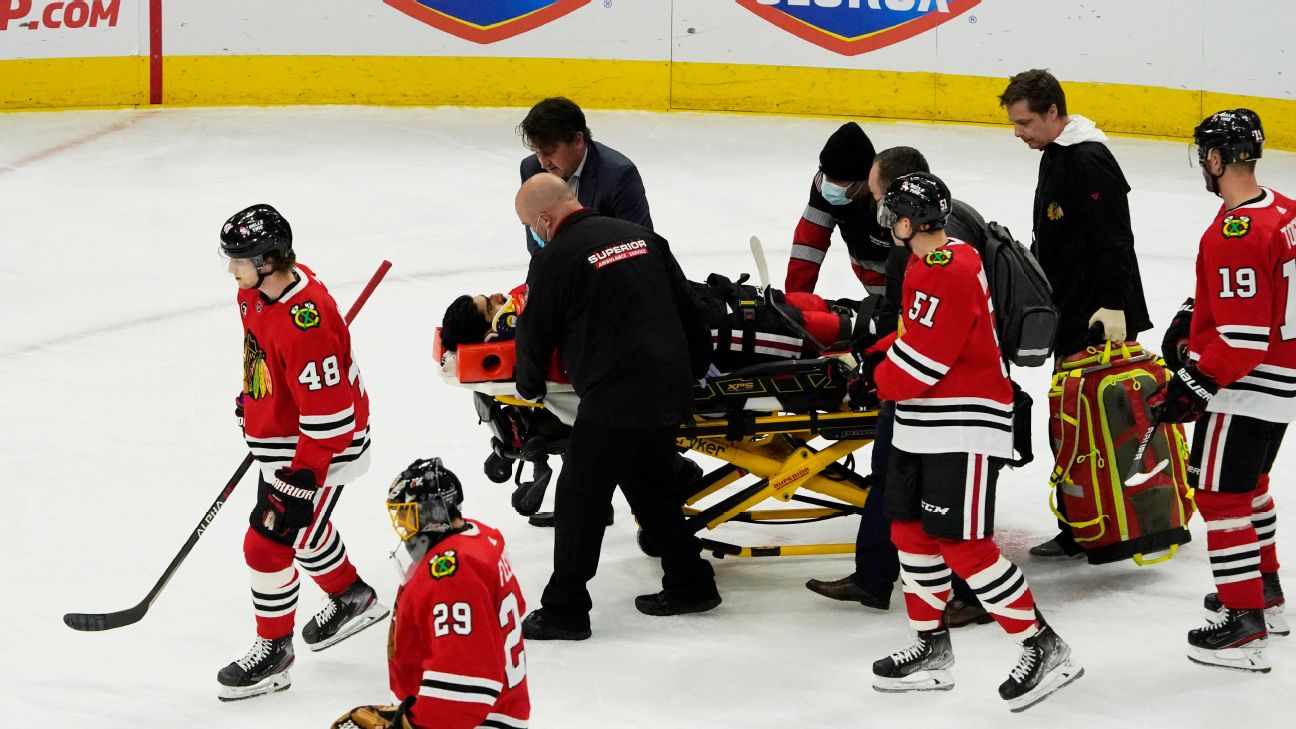 Chicago Blackhawks forward Jujhar Khaira was taken to a hospital after he was leveled by New York Rangers defenseman Jacob Trouba and wheeled off on a stretcher Tuesday night.

The 27-year-old Khaira suffered an “upper-body blow,” the team said, and was taken by ambulance to Northwestern Memorial Hospital.

“He’s up, he’s talking, he’s very responsive,” interim coach Derek King said after Chicago’s 6-2 loss. “I think he wants to get back on the ice. He’s done some tests already, as far as what the doc told me, but he has some more tests to be done. So we won’t know the extent of the injury until after these tests.”

Khaira’s head was down as he gathered in the puck 6:10 into the second period. He looked up right as Trouba appeared to drive his right shoulder into his chin.

The back off Khaira’s head bounced hard off the ice, and there was no sign of any movement from him as the Blackhawks and Rangers scuffled nearby.

A stretcher was wheeled onto the ice, and medical personnel worked on Khaira as each team looked on from the bench area. A handful of his teammates and the Rangers tapped the stretcher as Khaira was taken off.

“It’s a bad effect. I didn’t feel too good and I know our player didn’t feel too good, either,” New York coach Gerard Gallant said. “It’s a part of hockey, it’s a big hit, but I don’t think it helped the game. To see a guy like that, it’s hard to look at.”

Khaira has two goals and no assists in 17 games in his first season with the Blackhawks.