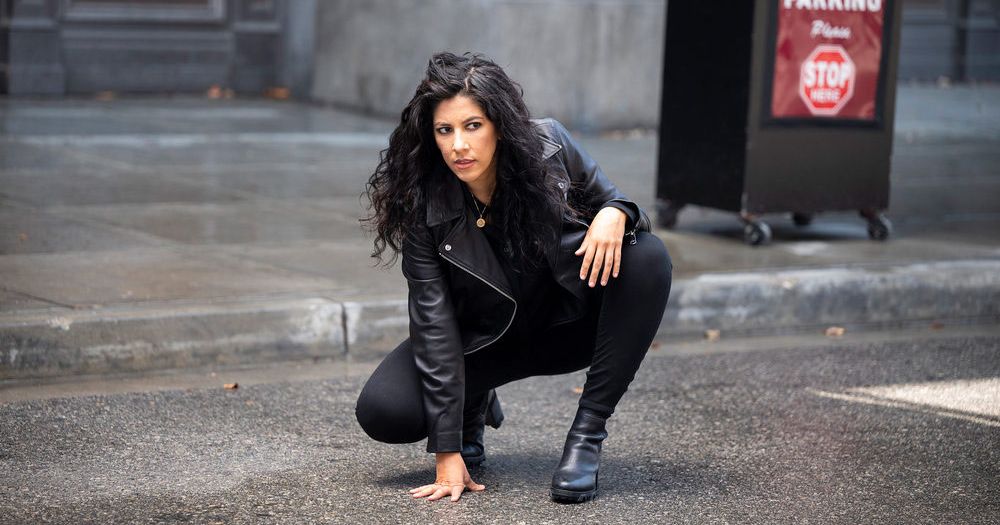 It’s over! The remarkable eight-season, two-network run of Brooklyn Nine-Nine came to a close last night with the hour-long “The Last Day,” an episode that genuinely gives fans what they want in a series finale. It returns to the most beloved structure of this sitcom: the heist! And it peppers this final adventure with a ton of nods to the history of the show, some of them in the blatant form of returning guest stars and some more as Easter eggs for the hard-core fans. It’s an episode that allows its performers to shine with clever, funny, and incredibly fast-paced performances. And as this show has so often done, it’s bound with just enough emotion to land. Brooklyn Nine-Nine was a show about relationships more than anything else, as Jake Peralta found a partner in Amy, a best friend in Boyle, and a father figure in Holt. Jake says near the end that “good-byes are inherently sad,” but the team behind this show found a way to bring the rocky final season to a close with enough joy and humor to send it off with the proper final case.

“The Last Day” contains so many twists and turns in its heist that it’s almost impossible to recap it adequately. Every other scene involves a betrayal, a surprise, a flashback, etc. It’s really a very well-constructed hour of television, always moving with a momentum that a lot of this season lacked. The heist episodes are fan favorites because of their breakneck pace, and it’s impressive that the writers were able to stretch that concept for a two-parter without breaking it.

It helps that they have finality to ground it. It’s really about two competing agendas to craft the perfect good-bye. Everyone knows Holt is leaving the 9-9, but Jake reveals to Amy that he’s using the heist to craft his own farewell to his best friends. As fans have suspected, he is resigning to be a stay-at-home dad to Mac. He wants to be there in a way that his father never was for him. It’s a little interesting that the writers don’t allow even a hint of the show’s real-world issues this season has played with to impact Jake’s decision. Couldn’t he even mention feeling defeated by the flaws of policing in the modern era? No, the choice is portrayed as Jake’s dream job of being a father, and Andy Samberg sells it. He has a few nice beats here with Melissa Fumero. Jake and Amy have long been among the best modern-sitcom couples, so it’s nice to see them end on a happy note.

Heist! The journey to find “the Grand Champion of the 9-9” unfolds with a series of double crosses and cameos from the show’s history. Sadly, no Bruce Willis. (One has to wonder if the line about Jake reaching out to Willis’s people and getting back that he “would not engage with something like that” could be a peek behind the scenes.) The first familiar face comes as the gang follows a series of clues left by Terry, who has tried to get out of this year’s heist by interviewing for Holt’s job. It’s Caleb, the cannibal that Jake befriended in the two-part season-five premiere, played by SNL vet Tim Meadows. He’s into embroidery now, but also still into eating people.

The action moves on to what has to qualify as a Wuntch cameo, as she’s dead and Holt maintains the celebratory balloon arc over her grave. There’s a fun little callback here when Jake got suspects in a lineup to sing Backstreet Boys, which happened in the cold open for “DFW” from season five. There’s also an even deeper cut when they get back to the station to find a janitor erasing Terry’s next clue from the lineup wall. The janitor? Dan Goor, co-creator of Brooklyn Nine-Nine.

After finally seeing Holt’s tramp stamp — a terrifying hybrid of Kevin’s head and Cheddar’s body — the second big cameo drops in the form of the one and only Gina Linetti. The great Chelsea Peretti returns for the final heist, grabbing the prize and jumping into her armored truck. There are a series of flashbacks and betrayals related to the truck, including magnet suits and a reference to the movie Salt. The action here also brings in Winston Story’s Bill Hummertrout, a man who looks enough like Charles Boyle but has kind of fallen apart over the years. The pandemic was tough on those in the nursing-home-seduction industry.

The heist keeps moving to the arrival of a cameo by the incredible Jason Mantzoukas as everyone’s crazy cop, Pimento. He and Rosa speed off together, but it is all part of Amy’s plan to get a dummy prize to Rosa. It’s not the best use of Mantzoukas, still one of the funniest character actors around.

The action of the heist is emotionally derailed when Charles finds Jake’s letter of resignation. Is it part of the plan? He runs off, but Jake finds him where they first admitted they were best friends. A cute scene unfolds about their growth over the years, and Jake reveals that his gift for his BFF was a magazine feature about how they’re the fanciest best friends! How very Boyle. Amy’s gift? A necklace with a mini-binder with the names Amy, Jake, and Mac. How very Amy.

A disaster with a lot of fireworks and a scam that almost makes Jake believe he was in a coma for seven years leads to a cameo by Kyle Bornheimer’s Teddy Ramos, who has been on the show since the first season as Amy’s ex. He plays along with Amy for the heist but totally still wants to marry her. He also gets the wonderfully funny line “We were both seduced by the city of Tampa.”

Speaking of funny, Fred Armisen returns for one of the episode’s best cameos as Mlepnos, who appeared in both the pilot and the episode with Jake and Amy’s wedding in which he played the violin. He’s now calling himself Jerry, and for some reason the way Armisen chooses to pronounce Honolulu is hysterical.

Instead of the Brooklyn Bridge, it looks like the heist will end at a storage facility. As Holt seems to be taking the victory lap, it’s revealed that Rosa didn’t run off with Pimento after all. But it doesn’t matter! Bill has the medal! He locks them in storage and takes it back to the 9-9. After Terry “Kool-Aid Mans” out of the storage unit, they return to the precinct to find Hitchcock! On FaceTime all season, it is nice to see him back, even if it means Jake had to put the heist crown on his “sweaty butthead.”

There are a few nice final beats. Amy just wants Rosa to be happy, even if that means Rosa doesn’t want to settle down. There’s a cute moment between the two as Rosa says “I love you.” It’s nice that the writers took this friendship as seriously over the years as the one between Jake and Charles. Terry and Boyle will stay in the precinct and rely on each other. Gina stole diamonds from the evidence locker. Even Hitchcock and Scully get an emotional hug.

Finally, it comes back to Holt and Jake, who get a great final scene. Jake grew up throughout the series, and Andre Braugher nails the emotion of Holt telling him that he would be proud if Jake were his son. The best part? The genuine smile between them feels like Braugher and Samberg are cherishing their impressive chemistry over the years.

“It’s late and we have to work tomorrow.” Life will go on at the 99th precinct. In fact, this wasn’t the last heist! The final scene reveals Terry is the captain, and everyone is coming back for another round! They can’t let Hitchcock be the champion! Nine-nine!