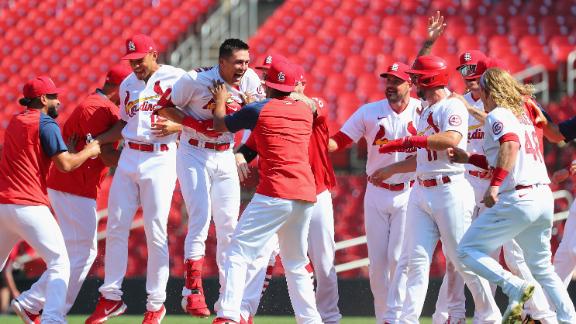 But he doesn’t know how long that will take or how stretched out he can ultimately get at this juncture in the season.

“Just as long as my elbow doesn’t hurt, we’re in a good spot,” Kershaw said on the field before Wednesday’s game against the Padres at Petco Park. “It’s been frustrating, it’s been a long time, it shouldn’t have taken this long. It’s frustrating on my part. But hopefully I can be around for the fun part and help us in September and October.”

Kershaw hasn’t pitched since July 3 because of inflammation around his left elbow. He admittedly tried to ramp back up too quickly, suffering lingering soreness after a three-inning simulated game a little more than three weeks later and once again shutting it down as a result.

Kershaw, 33, in the final year of his contract, said it’s too early to entertain the possibility of coming back as a reliever because he isn’t built up enough to take on a starter’s workload.

“I’m gonna do whatever is needed or wanted,” Kershaw said. “My focus is to get back to starting, but obviously whatever I can do, I’ll do.”

The Dodgers are currently operating with a four-man rotation that includes Max Scherzer, Walker Buehler, Julio Urias and David Price, the latter of whom had spent most of the season pitching out of the bullpen. Kershaw would ideally join that group and open games, even if he is only stretched out long enough to navigate through an opposing lineup once or twice.

Even without Kershaw — and largely without Mookie Betts — the Dodgers entered Wednesday’s game against the division-rival Padres with 14 wins over their past 16 games. They still trail the San Francisco Giants for first place in the National League West, but the Dodgers’ abundance of talent makes it clear that they will be a force once again in October.

“Last year’s last year,” Kershaw said. “We wanna win this year. And especially with the team that we have — there’s not many times in your career that you can have this much talent on one team for a run. And who knows what it’s gonna look like next year and the year after that? You wanna take advantage of that. You wanna do whatever you can to be a part of it. Now, when it’s all set and done and you can look back, ‘Yeah, I won,’ and I can sink my head into that. But for now, I wanna win this year.”