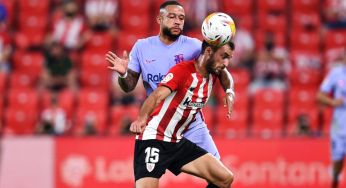 Sevilla will train this Sunday for the last time before heading to the capital, where will face Getafe tomorrow from 20:00. And in this last training, Julen Lopetegui will be able to count on the last three incorporations of the team, Augustinsson, Montiel and Rafa Mir, that are in a position to be summoned.

The one who has the most ballots is the Swede Augustinsson, since he has been exercising with his new companions since the beginning of the week. Montiel, for his part, joined the group on Friday after having served the quarantine to which he was obliged to have arrived in the capital of Andalusia from Argentina. Finally, Rafa Mir already exercised yesterday and today he will do it again, so he can also be cited.

As for casualties, it remains to be seen how many of the positives for Covid, Rakitic, Suso and Bono are recovered, while the extent of Ocampos’s injury remains a taboo matter. in the club.