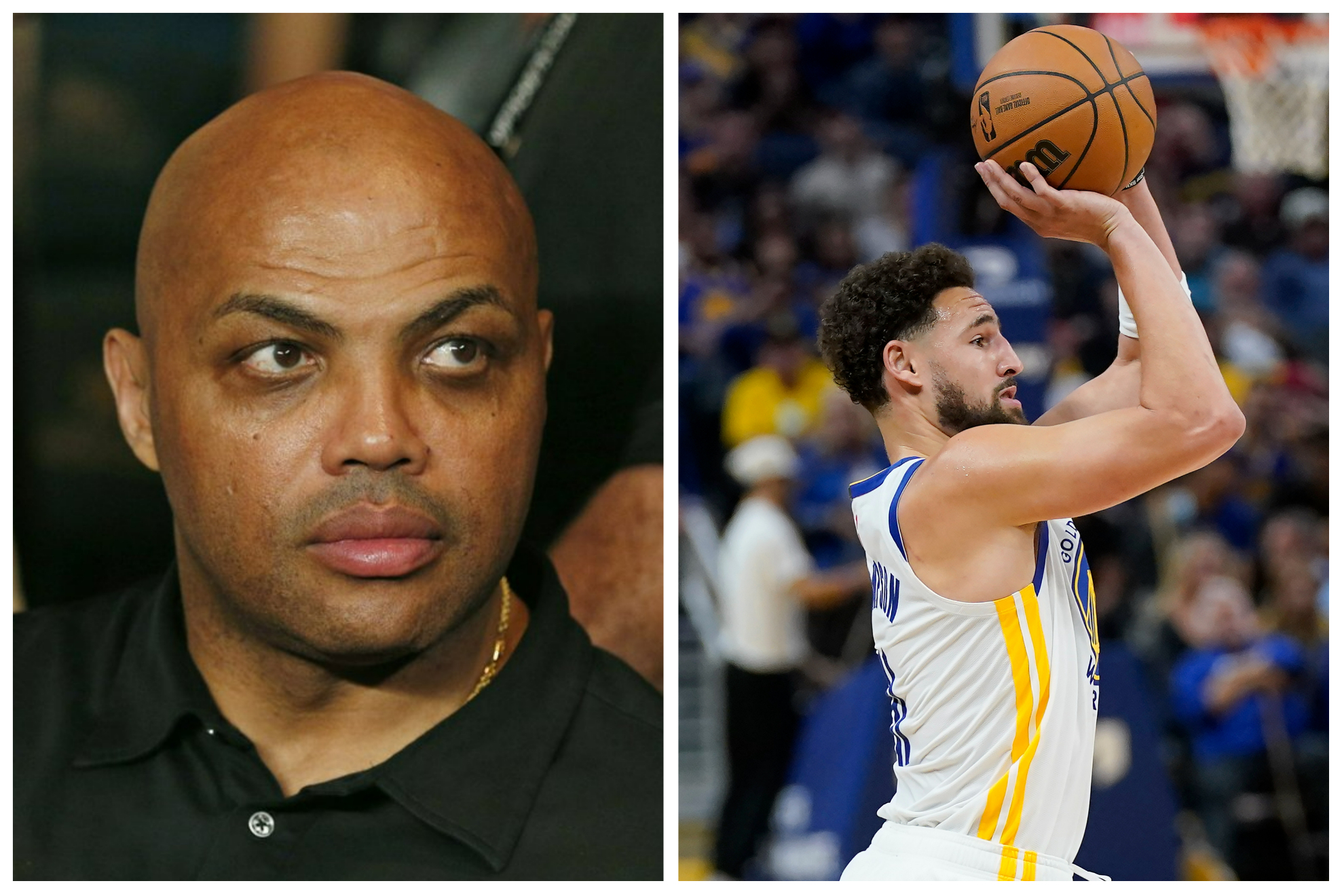 Charles Barkley never fails to vocalize his strongly-worded opinion, for better or worse.

Whether the stars be Kyrie Irving, or even Kevin Durant, Barkley never holds back from speaking his mind.

This was the case, yet again, when the Hall of Famer — who spent 16 seasons in the NBA — doubled down on his criticism of Golden State Warriors shooting guard Klay Thompson, referencing one specific game in which the five-time All-Star struggled mightily to contain Phoenix Suns star Devin Booker.

Klay Thompson in his prime was one of the best shooting guards in the game. He was a two-way player, capable of guarding opposing superstars while also scoring at a high level from the perimeter. However, as of right now, he is clearly not the same player that he was during the peak of the Golden State Warriors dynasty, partly due to his suffering devastating injuries to his Achilles and ACL.

Charles Barkley has previously claimed that Klay Thompson is not the shooting guard he once was, claiming that he is no longer the best two-way guard in the league. Klay Thompson then responded to Barkley’s comments, noting that he should be given some time to get back on that level.

“It hurts when someone like Charles Barkley, with the platform he has, says you’re not the same player as prior to the injuries you had. It’s like, no duh, man. I tore my ACL and my Achilles in consecutive years and still helped a team win a championship. I mean, that hurt hearing that. Because it’s like, man, I put in so much freaking effort to get back to this point. Like, it’s hard to even put into words what I had to do to be the player I am today.

“I played 55, 57 games in three years, like, give me some freaking time to get that back. To hear someone say, ‘Oh, he’s not the same as he was prior to the injuries.’ Like, duh. Who goes through something like that and comes back? Like, I don’t know, it just hurt my heart hearing that. But, you know what? I’m gonna internalize it and it’s gonna be fuel for me to be even better. I’m very proud of what we accomplished last year, and I feel like I was a huge part of it. I’m not gonna let these injuries be a crutch for me. I’m just gonna keep going and I’m gonna have a great year. Bet on that.”

That is obviously a strong response from Klay Thompson, and it is clear that he was upset hearing those comments from Charles Barkley. Recently, Barkley shared his thoughts about the situation.

During an interview with Taylor Rooks, Charles Barkley claimed that he was disappointed that Klay Thompson overreacted to his statement. Barkley also clarified what he meant with his previous comments.

Klay’s still a heck of a player. But he’s never gonna be that best two guard that he was.. .. Because of age, Achilles, and ACL. I was very disappointed that he overreacted, because he 100% overreacted. Because I said he’s still a good player.

It is easy to see Charles Barkley’s viewpoint. He never stated that Klay Thompson was a poor player, but he could clearly see that Thompson’s simply not at the same level as he was before.

Hopefully, though, we see Klay Thompson continue to improve as a player. Though he may not ever be a top-tier two-way guard in the future, he can still be an efficient player that contributes to winning.

To Barkley’s credit, Thompson’s scoring average and field goals made per game (6.3) are both the lowest he’s notched since his second year in the NBA back in the 2012-13 season.