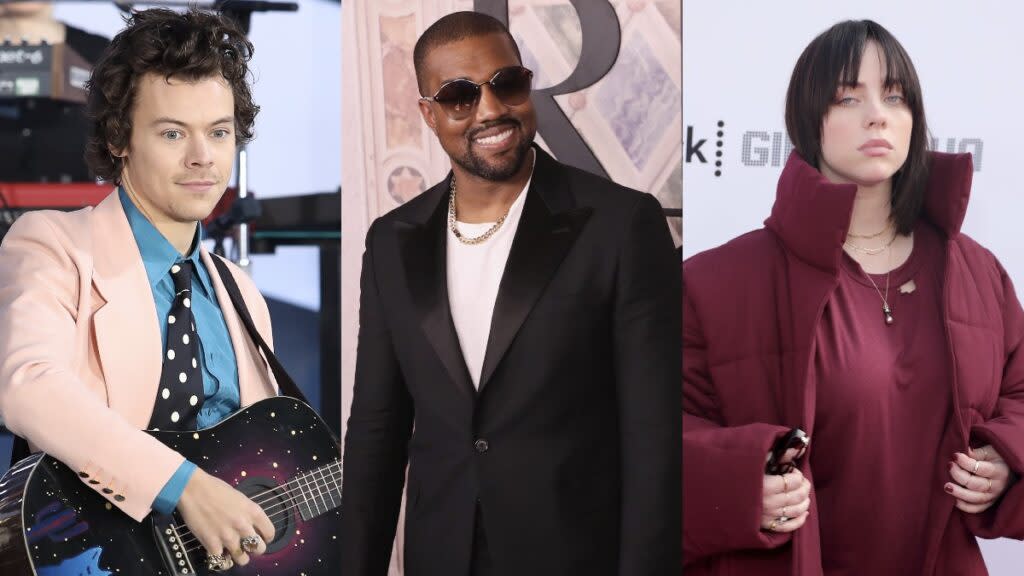 Harry Styles will join headliners Billie Eilish and Kanye West at the Coachella festival. Swedish House Mafia are also expected to perform, although it is unclear whether or not they are headliners. The official announcement and full lineup were released on Wednesday evening.

This will be the’ first performance at the festival by Styles, who sources say may release new music before the performance. He recently completed the biggest North American tour by any major artist since the pandemic began in early 2020, although he has not released a new album since “Fine Line” in December of 2019 and rumors about new music have been rife in recent weeks. The news of his presence on the bill was first reported by Billboard; Variety broke the news of West’s performance last week.

West was a Coachella headliner in 2011 and Eilish had a breakthrough performance in at the festival in 2019 (at 20, she is the youngest artist to top the Coachella bill); SHM previously performed at Coachella in 2012.

The festival, which is already sold out, is scheduled to take place over the weekends of April 15-17 and April 22-24, 2022, at its usual location of the Empire Polo Ground in Indio, Calif. However, the alarming omicron surge and the recent postponement of the Grammy Awards have many wondering whether the festival will take place in April, or be moved — for a fifth time — to a later date.

Coachella is North America’s largest music festival and has already sold all of its 125,000 per-day tickets, and the sheer logistics of more than 100,000 people traveling to and gathering at a single location create immeasurable possibilities for disease transmission.

While the original headliners of this 21st installment of the festival — first announced in January of 2020 — were Travis Scott, Frank Ocean and Rage Against the Machine, the festival has been postponed due to the pandemic four times. Last year, Ocean moved his appearance to 2023, and Scott was removed from the bill in the wake of the Astroworld tragedy in November, although sources tell Variety that his agent fought to keep him on the bill.

Dates for the 21st Coachella moved first from April to October 2020, then to April 2021, and then October of that year — although the October 2021 dates were never officially confirmed by promoters — and last fall the current dates appeared on the festival’s website. Goldenvoice rarely comments to the press and has made no statement on most of the postponements; the one in January of last year came from the Riverside County public health officer.

Plans for the April festival have been moving full speed ahead as the concert business began a partial return to normal activity last summer. Several major festivals, including Lollapalooza and Rolling Loud, were held without major incident, although both Travis Scott’s Astroworld in Houston and the Once Upon a Time in L.A. festival were marred by tragedy: 10 people died of asphyxiation in a massive crowd surge at the former, while rapper Drakeo the Ruler was murdered at the latter in a still-unexplained incident backstage.

The 2022 festival also raised some controversy when it reversed its previous required-vaccination policy in favor of proof of a negative test within 72 hours of the event, although the controversy was due more to the curiously surreptitious way it made the announcement — via the festival’s official Instagram story — than the move itself. Sources tell Variety that move was made more for the country-themed Stagecoach festival, which is also promoted by Goldenvoice and takes place the weekend after Coachella.