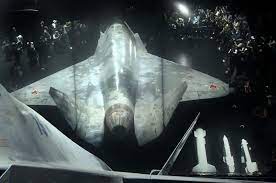 Contracts to a sum of 265 billion rubles ($3.59 billion) were signed on the sidelines of the MAKS 2021 international aerospace show that took place in Zhukovsky outside Moscow from July 20 through 25, the administration of the event said on Sunday,Trend reports citing TASS.

“The sum of agreements signed [during the show] is 265 billion rubles,” it said, adding that 831 companies from 56 world nations took part in the aerospace show, including in the online format. The program included more than 100 events, more than 350 reports that were heard by 5,000 people.

“The 15th MAKS 2021 aerospace show has exceeded the results of 2019 in terms of the number of contracts signed and the scale of the business program,” the administration said, noting that the difficult epidemiological situation had encouraged interest to online communication.

Thus, events of the business program and news were broadcast on MAKS’ website and social networks.

More than 135,000 people visited the MAKS 2021 over the six day of its work, a spokesman for the aerospace show’s administration told TASS.

“The overall number of visitors over the six days od work is 135,020 people,” the spokesman said.