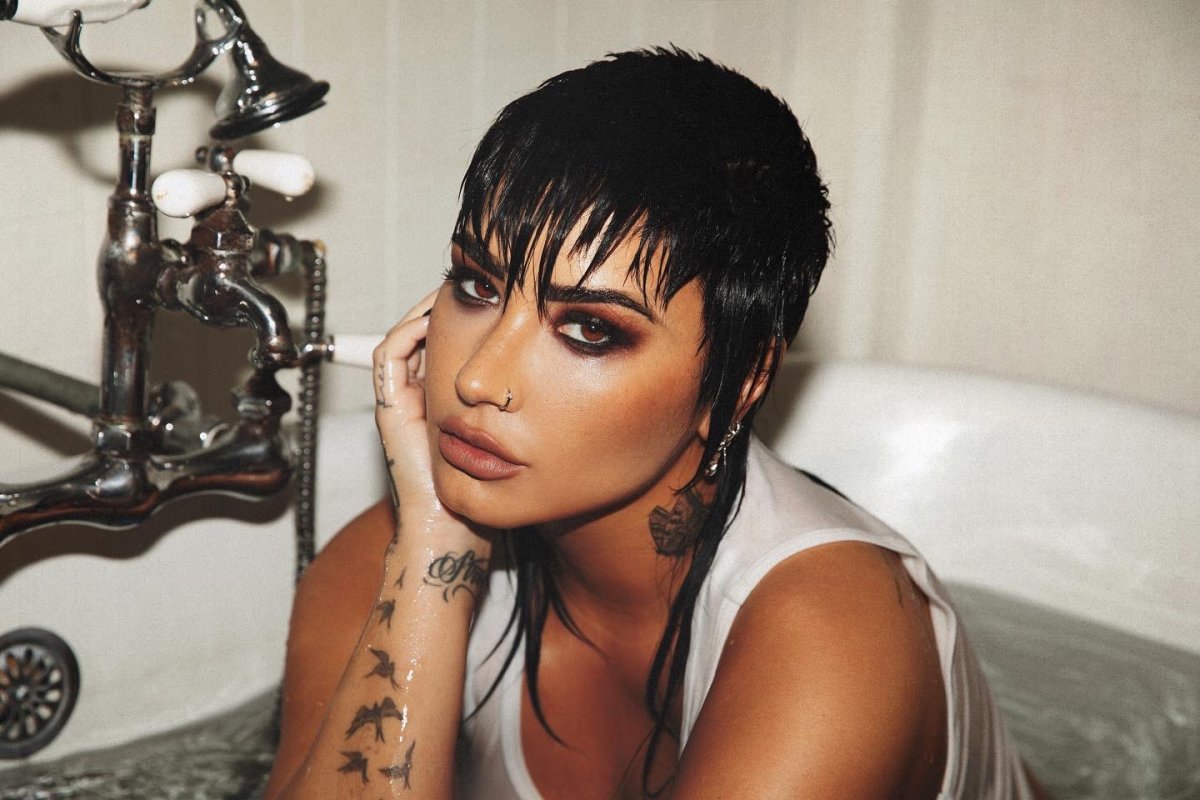 The singer has released a new song titled “Skin of My Teeth.”
In it, Lovato, who has previously opened up about struggles with substance abuse, makes reference to “rehab” and wanting to be “free.”
“I’m alive by the skin of my teeth/Won’t you try to have some mercy on me,” Lovato sings in the chorus. “Asking why doesn’t make it easier/Go easier on me.”
Lovato, who identifies as nonbinary and prefers they/them pronouns, suffered an overdose in 2018.
They shared in 2021 that the overdose resulted in multiple strokes and brain damage.
“Skin of My Teeth” is a single off of Lovato’s forthcoming album, out on August 19.