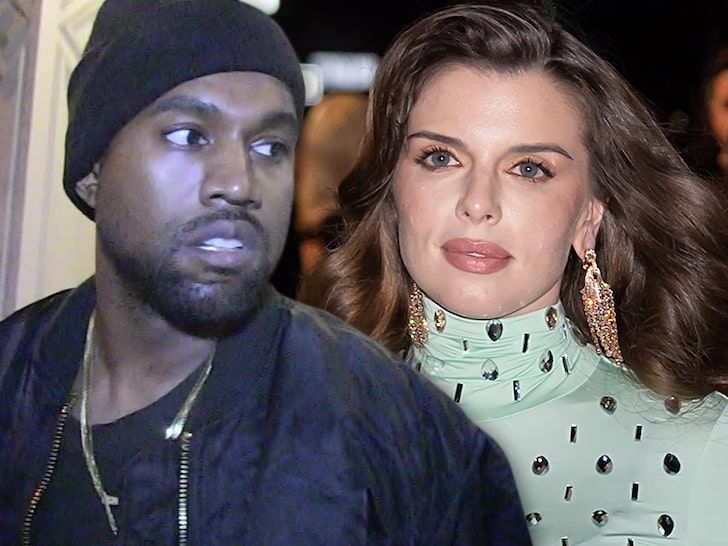 Kanye West is still hurting over his split from Kim Kardashian according to multiple sources.

The source said west and the “Uncut Gems” star Fox were first snapped by the rapper’s own photographer on dates in Miami and New York early this month.

Then, in a steamy performance-art photo shoot, for Interview, Fox said they had an “instant connection” after meeting on New Year’s Eve and gushed about West surprising her with a hotel suite full of clothes for a date night.

“It was every girl’s dream come true. It felt like a real Cinderella moment,” Fox wrote. “I don’t know how he did it, or how he got all of it there in time… Like, who does things like this on a second date? Or any date!”

Multiple insiders described it as a throwback to the beginning of “Kimye,” when fashion insider West transformed — and often styled — Kardashian.

Ironically, Fox has described herself as a “die-hard, OG fan” of “Keeping Up With the Kardashians”

On the Dec. 17 episode of her “Forbidden Fruits” podcast she said, “I wanted them to be my family… You feel like you know them.”

Fox has not responded to multiple requests for comment, but she told Interview: “I don’t know where things are headed, but if this is any indication of the future, I’m loving the ride.”