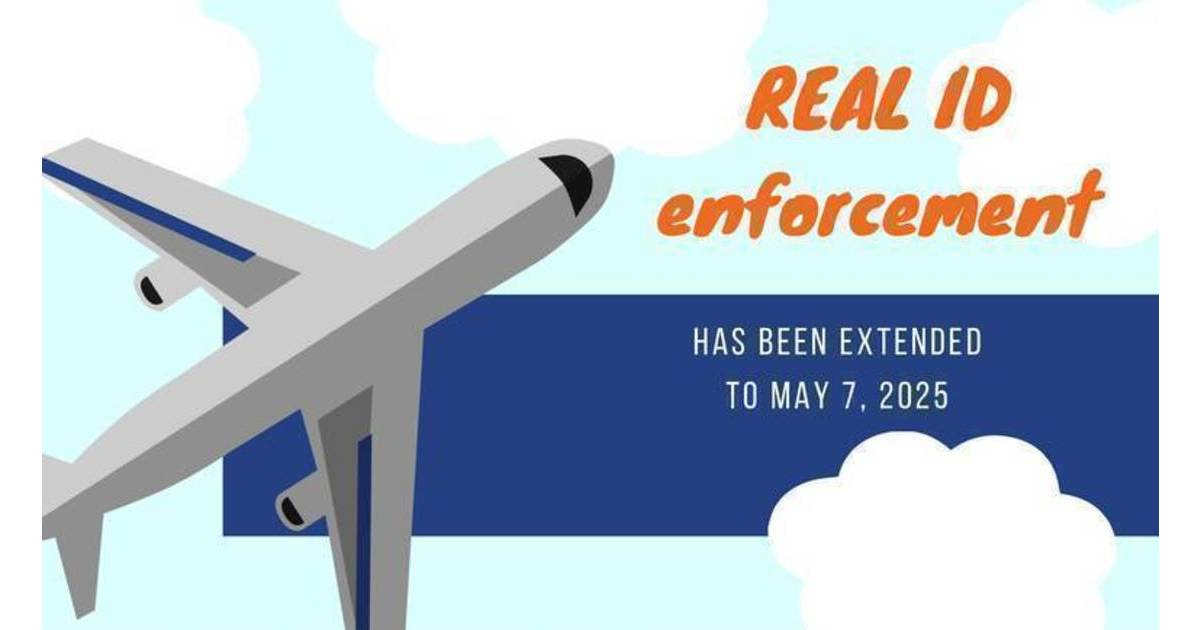 The Department of Homeland Security has announced the extension of the REAL ID full enforcement by 24 months.

Officials announced Monday that processing delays and backlogs at some state driver’s license agencies stemming from the COVID-19 pandemic require the start date for REAL ID enforcement be pushed to May 7, 2025, instead of May 3, 2023.

“This extension will give states needed time to ensure their residents can obtain a REAL ID-compliant license or identification card. DHS will also use this time to implement innovations to make the process more efficient and accessible. We will continue to ensure that the American public can travel safely.”

REAL ID is a federally mandated security standard — enacted in the wake of the Sept. 11, 2001, terrorist attacks — that’s intended to ensure that every state follows similar processes for issuing and producing driver’s licenses and state ID cards.

The Real ID Act originally was supposed to go into effect in 2008, but it has been repeatedly delayed.

To obtain a REAL ID, Hoosiers must provide a document proving identity and lawful status in the United States, such as a birth certificate or passport; proof of Social Security registration, such as a Social Security card or W-2 statement; and two documents, such as a computer-generated bill and bank statement, proving Indiana residency.

Only new applicants for an Indiana driver’s license or ID card can obtain a REAL ID credential at the Bureau of Motor Vehicles.

However, current card holders have been permitted to renew their credentials without upgrading, leaving many Hoosiers potentially at risk of being unable to travel by air, and barred from entering federal courthouses, military bases, nuclear power plants and similar security-sensitive facilities, unless they take action before May 7, 2025.

Hoosiers easily can check if their credential meets the standard. A star outline in the upper right corner of an Indiana driver’s license or ID card indicates that the credential is REAL ID-compliant.