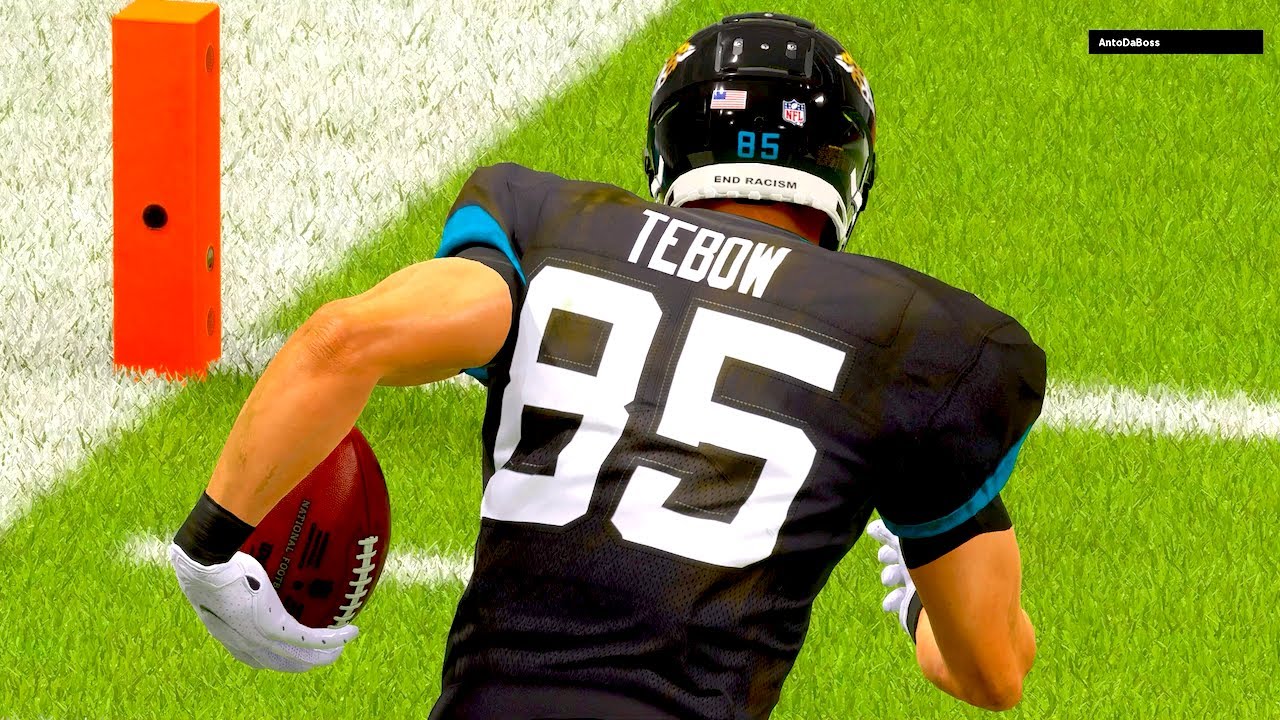 There has been plenty of speculation going on surrounding players that have been cut from rosters still being included in Madden 22.

One of these players is Tim Tebow, who was recently cut from the Jacksonville Jaguars. The question is, is he still in Madden 22, and if he is, what’s his rating compared to the rest of the tight ends in the game?

Here’s how you can find Tim Tebow in Madden 22, his overall rating, and how you can use him.

Tim Tebow had a short stint with the Jacksonville Jaguars as a tight end and was released after the organization couldn’t find much use for him. His route running wasn’t great, his blocking skills were sub-par, and he didn’t make much of an impact.

However, he was on the roster during the production of Madden 22. So, the short answer is yes he is and he’s currently still listed on the Jacksonville Jaguars lineup. We aren’t sure if he’ll remain there the entire year but it’s a good sign that he’s still there.

For players looking to add the former Heisman-winner to your roster, you can do so by making a trade with the Jacksonville Jaguars.

We assume that soon he’ll be listed as a free agent and you can just sign him outright, but for now you’ll have to make a trade. Some players are even creating teams in Madden 22 starring all Tim Tebows.

Much like Colin Kaepernick’s addition to Madden 22, Tim Tebow will likely remain a staple for years to come due to his impact in the league.

Madden 22 wasn’t quite as generous to Tim Tebow when it came to assigning his overall rating as they were with Colin Kaepernick.

To be fair, Tebow didn’t have many positives to warrant an average rating either. Still, at least he can say he made it into the game and likely won’t be taken out, even with a 66 overall

It looks like Madden 22 tried to crowdsource what Tim Tebow’s overall rating should be in early May. They landed on a 66 OVR which isn’t bad for a tight end that had little to no experience at the position.

What really hurt Tebow wasn’t the “General Ratings” category, he actually did well there. The problem was with “Receiving Ratings” and “Blocking Ratings”.

Plays to run with Tim Tebow

One of the coolest features in Madden 22 is player-specific plays. These are plays solely designed for a particular player and Tim Tebow has a few!

They’re mostly special teams plays but could work if you’re looking to convert a fourth down, especially with his speed rating at 80 and acceleration at 85.

There aren’t many, just five in total, but it’s nice to see Madden 22 include him in this way. It makes you feel like they still consider Tebow to be vital to the NFL and the culture of the game.

Should Tim Tebow be in Madden 22?

We want to say that without a doubt, Tim Tebow belongs in Madden 22. He was signed with a team when the rosters were made and should stay on as a free agent, at least for this year.

Considering someone such as Colin Kaepernick who hasn’t been signed to a team since 2017 is in the game, Tebow definitely belongs.

He’s a great spokesperson for the NFL and an awesome team player. Hopefully, Madden 22 won’t remove him from the rosters any time soon.