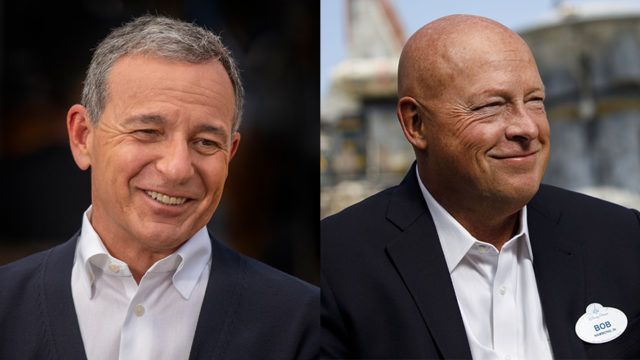 Bob Iger is back

Disney, in a shocking late Sunday announcement, said it had re-appointed Iger as chief executive, effective immediately, after Iger’s handpicked successor as CEO, Bob Chapek, came under fire for his management of the entertainment giant.

The announcement, while surprising the media industry, comes at a time of great development for Disney. The company came out with a lackluster earnings report that showed growth for its streaming efforts. However, this was associated with high costs. Disney’s streaming business lost $1.5 billion in the fourth quarter. That report sent Disney stock plummeting after a year of sluggish to underperforming.

Iger’s return also comes as legacy media companies contend with a rapidly shifting landscape, as ad dollars dry up and consumers increasingly cut off their cable subscriptions in favor of streaming.

Iger will help the company’s board develop a new successor, Disney said in a release.

Chapek was named chief executive in February 2020, succeeding Iger, who had previously said he wouldn’t return to the role.

Shares of Disney have fallen about 41% so far this year, as of Friday’s close. The stock hit a 52-week low Nov. 9.

Iger has signed on to work as CEO for 2 years, Disney said Sunday, “with a mandate from the Board to set the strategic direction for renewed growth and to work closely with the Board in developing a successor to lead the Company at the completion of his term.”

The company said Chapek stepped down. Soon after Chapek took over in 2020, Covid-19 became a pandemic and forced the shutdown of Disney’s theme parks and prevented it, for a time, from releasing movies in theaters. Nevertheless, the company’s stock soared in 2021, before crashing down to earth in recent months.

“We thank Bob Chapek for his service to Disney over his long career, including navigating the company through the unprecedented challenges of the pandemic,” said Susan Arnold, Disney’s board chair. She will remain in that role.

“It is with an incredible sense of gratitude and humility — and, I must admit, a bit of amazement — that I write to you this evening with the news that I am returning to The Walt Disney Company as Chief Executive Officer,” Iger wrote to employees in an email, which was obtained by CNBC.

As for Iger, he has an almost mythical status as the leader of Disney. He spent 15 years as CEO and was instrumental in acquiring major brands like Pixar, Marvel and Lucasfilm, the home to “Star Wars”. Iger also closed the $71 billion deal to buy most of 21st Century Fox and kicked off the streaming revolution at Disney with the creation of Disney+ in November 2019.

“I am very optimistic about the future of this great company and thrilled to be asked by the Board to return to CEO. It holds a special place in the hearts of so many people, especially those of its employees whose dedication to this company and its mission inspires them.”

Iger said, “I am very pleased to be asked to once again lead this remarkable team with a clear mission focused on creative excellence to inspire generations through unparalleled and bold storytelling. I am honored to be here,” he added.