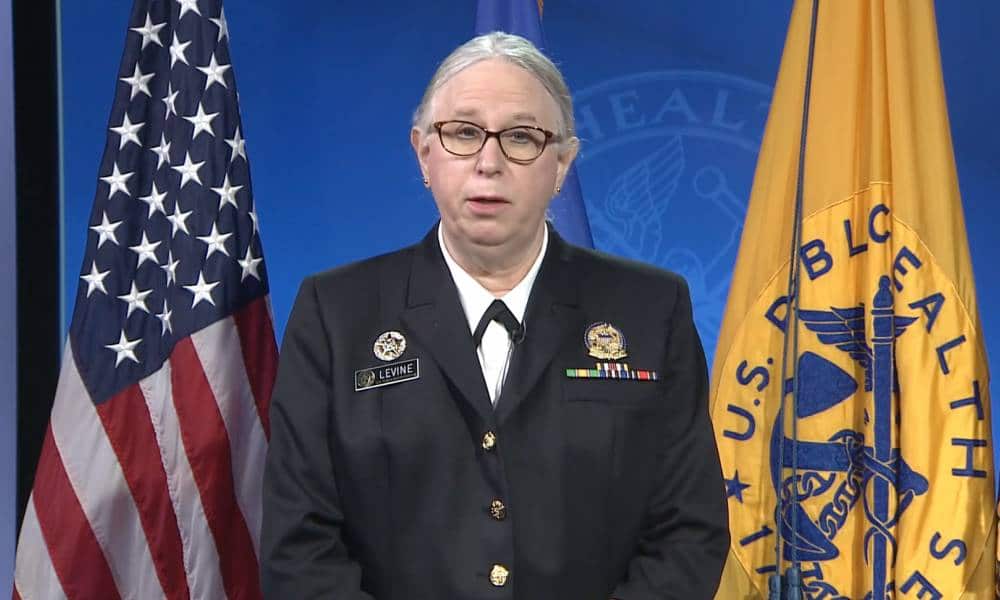 Dr. Rachel Levine is once again making history, becoming the first openly transgender four-star officer to serve in any of the country’s eight uniformed services.

During a ceremony Tuesday, Levine was sworn in as an admiral — the highest-ranking official of the U.S. Public Health Service Commissioned Corps. Levine’s appointment to the USPHS Commissioned Corps also made her the organization’s first female four-star admiral.

Previously she became the first openly transgender person to be confirmed by the Senate for a federal office.

[Becoming a four-star officer] is very meaningful to me. I am so impressed by the dedication, the commitment and the expertise of the officers and the United States Public Health Service Commission Corps. And it is truly an honor to lead them and to serve with them,” Levine said in an interview with NPR.

She describes her appointment as part of the Biden administration’s commitment to diversity, inclusion and equity.

“I think this is symbolic of that commitment and for transgender youth and other transgender individuals that there are no glass ceilings and no limitation to what we can achieve,” Levine said.

In her role, Levine will lead a team of more than 6,000 officers who respond to public health crises and natural disasters.

“This is a momentous occasion, and I am honored to take this role for the impact I can make and for the historic nature of what it symbolizes,” Levine said during her speech at the ceremony.

Levine, who serves as the nation’s 17th assistant secretary of health, focuses on improving the health and well-being of individuals across the country — specifically working to help the U.S. overcome the COVID-19 pandemic.

She says her career has given her the chance to serve.

“First in academic medicine, to then serve my patients and students, then to serve in public health in Pennsylvania and even in Washington, D.C., as the assistant secretary for Health. Now with this role, this is just a further extension of that,” Levine said.

“This is a proud moment for us at HHS. Admiral Levine is a cherished and critical partner in our work to build a healthier America,” Becerra said in a release.

One of the eight uniformed services, the Public Health Service Commissioned Corps is dedicated to protecting, promoting and advancing public health in the U.S., HHS said.