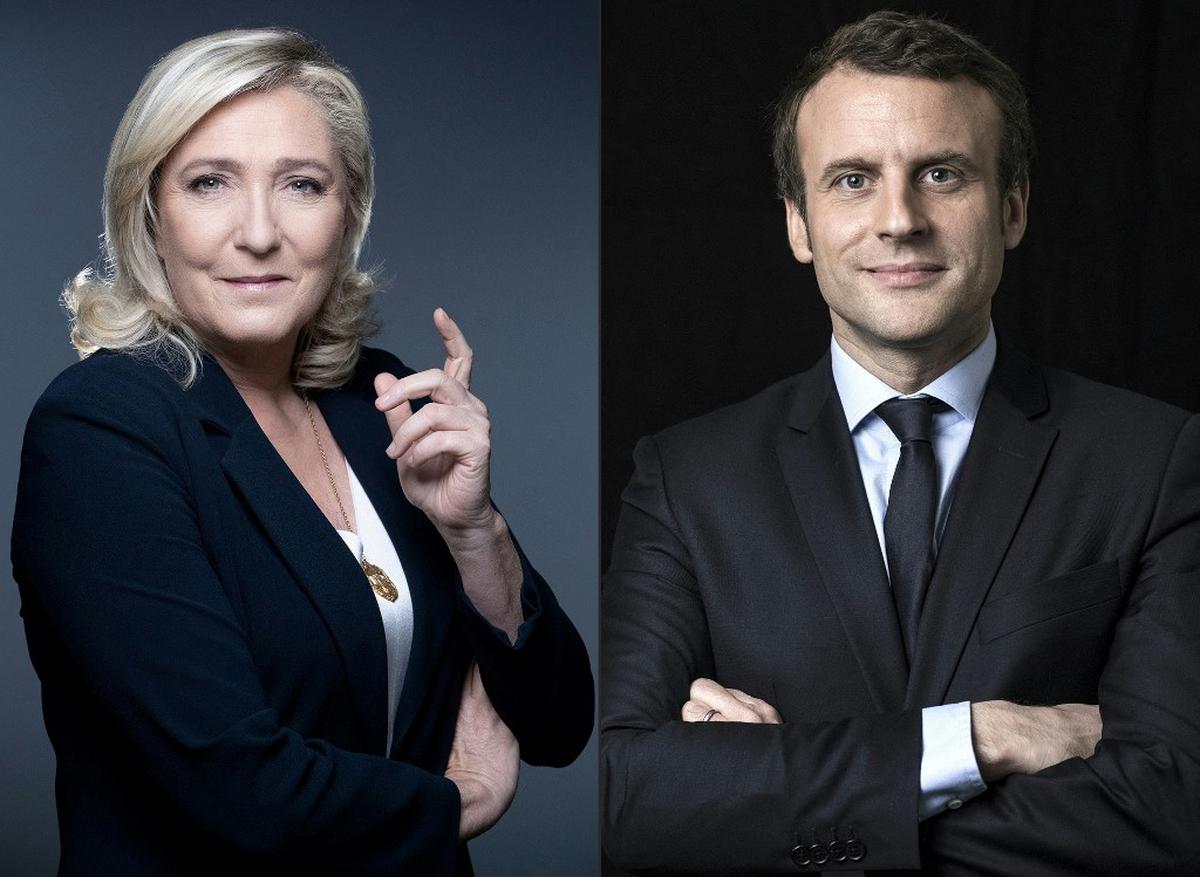 Emmanuel Macron and Marine Le Pen are projected to advance to the second round of the French presidential election, an analysis of early results showed, setting up a rematch of the 2017 contest.

Macron, France’s current president, appears poised to take 28.6% of the votes from the first round of the election on Sunday, putting him in first place, according to an analysis conducted by pollster Ifop-Fiducial for French broadcasters TF1 and LCI. Le Pen, a long-time standard-bearer for the French far-right, is on track to come in second with 23.6%.
Twelve candidates ran for the top job. Since none of them received more than 50% of the ballots in the first round, the top two candidates will face each other in a runoff on April 24.

A woman picks her ballots in the first round of the French presidential election in Lyon, central France, on Sunday.

The contest was marked by voter apathy, with voter participation estimated at 73.3%, according to Ifop-Fiducial, the lowest in a first round in 20 years. While Macron appears on track to win the first round, he is a polarizing figure whose approval rating has sagged during his first term.

Macron urged voters to come out for the second round in a speech after the polls closed.
“Nothing is settled and the debate that we will have in the coming 15 days is decisive for our country and our Europe,” he said. “I don’t want a France which, having left Europe, would have as its only allies the international populists and xenophobes. That is not us. I want a France faithful to humanism, to the spirit of enlightenment,” he said.

Macron is seeking to become the first French president to win reelection since Jacques Chirac in 2002. While polls have given him a consistent edge over the field, the race tightened significantly in the past month.
Polling by Ifop-Fiducial released Sunday showed that Macron would win a second-round contest against Le Pen by just 51% to 49%.

Le Pen’s support has steadily risen in recent weeks. Though she is best known for her far-right policies such as drastically restricting immigration and banning Muslim headscarves in public places, she has run a more mainstream campaign this time around, softening her language and focusing more on pocketbook issues like the rising cost of living, a top concern for the French electorate.

In her speech Sunday, Le Pen vowed to be a president for “all the French” if she wins the second round, and called on those who didn’t vote for Macron to support her in the second round.

In third place was leftist firebrand Jean-Luc Melenchon with 20.1%, according to the analysis of early results. Melenchon enjoyed a late surge in support and was considered a possible dark horse candidate to challenge Macron.
Who these voters chose in the second round could decide the presidency, experts say. Melenchon told his supporters that “we must not give a single vote to Mrs. Le Pen,” but he did not explicitly back Macron.

No other candidate received more than 10% of the vote, according to the analysis. Far-right political commentator turned presidential candidate Eric Zemmour, who enjoyed a seat among the top three candidates until March according to Ifop polling, came in fourth at 7%.

The candidates on track to lose have quickly begun throwing their support behind the top two. While Zemmour urged his backers to vote for Le Pen, the others have urged their backers to steer clear of her.

The candidates from the traditional center-left and center-right parties, the Socialists and the Republicans, have already backed Macron.
The socialist candidate, Anne Hidalgo, said a Le Pen victory would instill in France “a hatred of everyone set against everyone,” while the Republican, Valerie Pecresse, said she was sincerely worried for the country because “the far right has never been so close to winning.”
“The project of Marine Le Pen will open France to discord, impotence, and collapse,” said Pecresse.