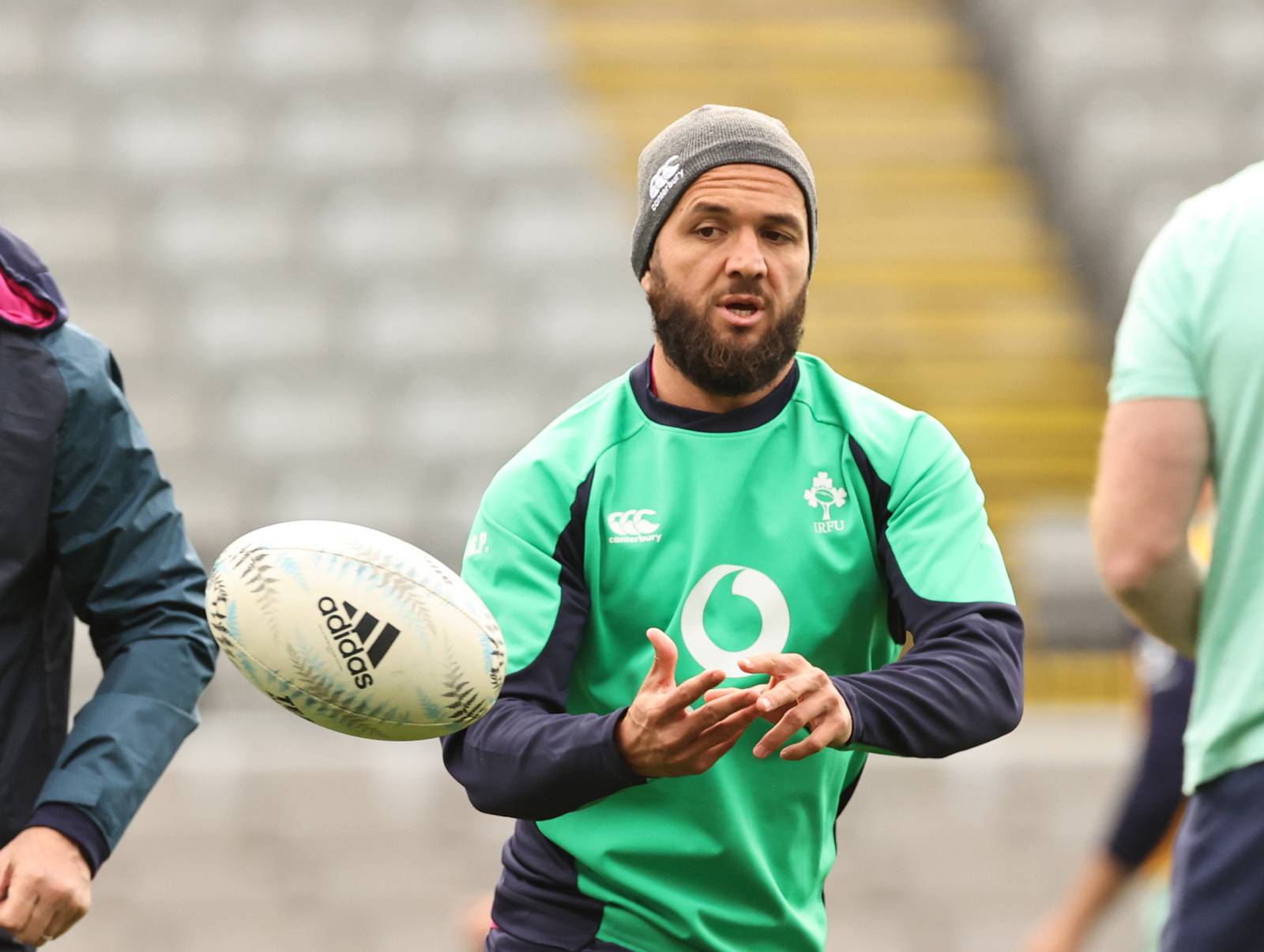 On TV: Live on Sky Sports.

Coming in the wake of Covid, this is a poignant and emotionally charged homecoming tour for Jamison Gibson-Park, James Lowe and Bundee Aki, their first trip to New Zealand since before the pandemic.

Hence, a la Lowe, the first Test in Eden Park constitutes the first time Gibson-Park’s family will have seen him play for Ireland in the flesh.

“I will have family in the stands for the first time, so it could get a bit emotional,” the Irish scrumhalf admitted with regard to the build-up before kick-off. “But once you’re in it, you’re good.”

With his wife and kids also flying over from Dublin, he says “everyone” will be in attendance. “It will be a pretty big contingent. I am from Great Barrier Island which is out off of Auckland, so there will be a good few people coming in from there and from all over the country really.”

He plans on staying on after the tour to visit family. However, he is acutely conscious that rugby has to come first over the next few weeks. Eden Park is familiar terrain.

“I played there for the Blues. I was there for three years and they were pretty unsuccessful years. We always kind of struggled but in terms of the All Blacks and the Eden Park fortress, I have been at games before and I think the public always get the sense that they can’t be beaten.”

A familiar foe too in the 102-times capped Aaron Smith, who made his Test debut in the first Test a decade ago, whereas the 29-year-old Gibson-Park (17 caps) was over eight years later onto the Test scene.

“He (Smith) was probably a little bit of an idol of mine when I first came into the professional game,” admitted Gibson-Park. “He has obviously had an unbelievable career to date. I think he kind of changed the game the way the little fellas made their way back into it because there was a stage there where they were looking for big guys right across the park.

“I think he has changed the game for the better. He’s probably always got the best of me, it will be awesome to come up against him for sure. I actually ran into him and his family downtown the other day.”

Smith said of Gibson-Park this week: “Great player and he’s a great man too. The way he is number one in Ireland now at half-back is pretty impressive. He’s a big part of our plans this weekend, about making sure he has a slower night than he likes to play. But a quality player, plays at tempo and he’s a pretty good heads-up player as well.

“I’m very excited about the opportunity to play him. I was in the stands last year watching that performance, so hopefully he’s not going to have as nice a ride this time.”