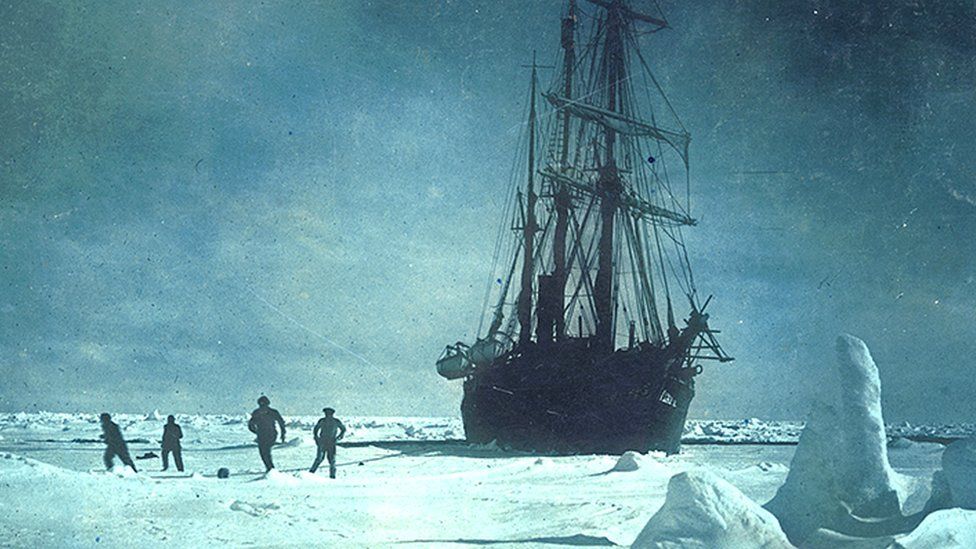 An expedition that set out in search of the lost ship of polar explorer Ernest Shackleton has found it — 106 years after the vessel sank off Antarctica.

The wooden ship Endurance has been located remarkably intact about 10,000 feet underwater in the Weddell Sea.

The find is “a milestone in polar history,” said Mensun Bound, a maritime archaeologist and the director of exploration on the expedition, called Endurance22.

“This is by far the finest wooden shipwreck I have ever seen. It is upright, well proud of the seabed, intact and in a brilliant state of preservation. You can even see ‘Endurance’ arced across the stern,” Bound said.

As World War I was beginning in 1914, the British explorer Shackleton set out to traverse Antarctica. The plan was for Shackleton to take 27 men on two ships, the Endurance and the Aurora, that would arrive at different locations on the continent to explore two routes by which to sledge across the ice. But in January 1915, the Endurance became trapped in ice off the coast of Antarctica.

The men lived on the ship for months, but pressure from the ice began to slowly crush it. On Oct. 27, 1915, Shackleton gave the order to abandon the Endurance. The men were told to gather no more than 2 pounds each of personal gear from the ship; much of the ship’s supplies had already become inaccessible because of broken timbers in the hull. The Endurance finally broke up and sank into the Weddell Sea on Nov. 21, 1915.

The crew made a new camp on an ice floe, and any ambition to cross Antarctica dissipated. The mission was now one of survival, a saga that would stretch into August 1916 before all the men were rescued.

The Aurora also became trapped in ice. Three men from that voyage died before the final members of the crew were rescued in early 1917.

An expedition to find the long-missing ship is successful

This year’s expedition to find the Endurance set sail from Cape Town, South Africa, on Feb. 5.

John Shears, the expedition leader, said the hunt for the Endurance was “probably the most challenging shipwreck search ever undertaken.”

The expedition used sonar to find the sunken ship. It was located about 4 miles south of where Capt. Frank Worsley had noted the ship’s location back in 1915.

Then the team used an autonomous underwater vehicle with a camera on it to swim over the hull and the deck and confirm what the team had found.

“It can only be one ship,” Shears said. “In this area, few ships have ever even been here. We’re only, I think, the fourth ship to ever get into this place in the Wendell Sea. It’s Endurance. It can be nothing else.”

Shears says he was stunned by the good condition of the vessel: There’s hardly anything living on it, and even some of the original paint is intact.

“You can see inside the hatchways, the stairs. You can see the ropes and the rigging. It’s as if it sank only yesterday,” he said.

The wreck will stay where it was found, protected as a historical site and monument under the Antarctic Treaty. That means that though the Endurance is being filmed and surveyed, it won’t be disturbed.

Bound, the expedition’s exploration director, said the discovery is not only about the past but also about bringing the story of Shackleton and the Endurance to the next generation.

“We hope our discovery will engage young people and inspire them with the pioneering spirit, courage and fortitude of those who sailed Endurance to Antarctica,” Bound said. “We pay tribute to the navigational skills of Capt. Frank Worsley, the captain of the Endurance, whose detailed records were invaluable in our quest to locate the wreck.”