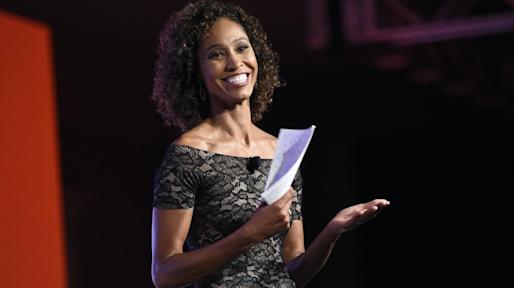 ESPN anchor Sage Steele will not be appearing on-air this week, according to multiple news sites, reportedly after she contracted Covid-19 and following controversial comments she made on vaccine mandates in a recent podcast interview.

Steele recently tested positive for Covid-19, and this was the main reason she was taken off air, sources told Deadline.

However, recent comments Steele made calling vaccine mandates “sick” may have also played a role, with ESPN saying in a statement to Variety that the company “embraces different points of view” and it expects those views to be expressed “in a manner” consistent with the company’s “values” and “internal policies.”

The company also said it is “having direct conversations” with Sage that “will remain private.”

ESPN released an apology from Steele that said she knew that her comments “created controversy for the company” and said because it is a challenging time, “it’s more critical than ever” that “we communicate constructively and thoughtfully.”

Last week Steele drew criticism for condemning coronavirus vaccine mandates on the podcast Uncut with Jay Cutler, calling them “sick” and “scary to me in many ways.” She also suggested she only got vaccinated against Covid-19 to keep her job at ESPN. ESPN parent Disney has required all salaried and non-union hourly employees to get vaccinated. Steele said she had until Sept. 30 to “get it done, or I’m out.” Steele, who has worked with the company for nearly 15 years, has expressed conservative views and has drawn criticism for mocking mask mandates in the past.

Steele’s comments on vaccine mandates isn’t the only thing that has put her in hot water recently. She also received backlash for a recent comment she made on former President Barack Obama, saying his choice to identify as “Black” was fascinating since his father was “nowhere to be found.”