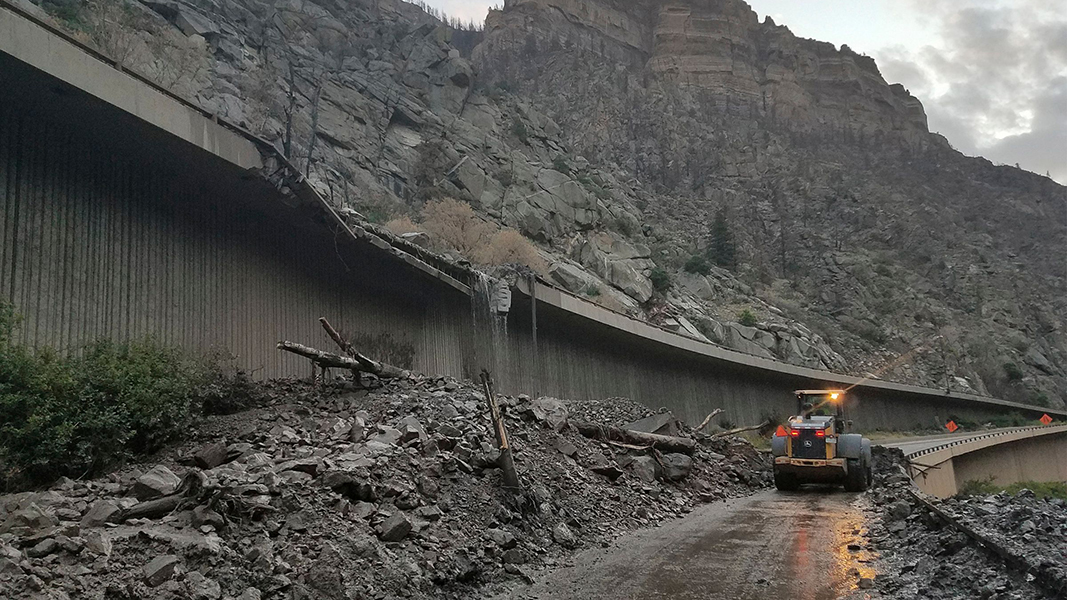 Around 10 p.m., a second evacuation order was issued in Forest Falls from Canyon Drive to Prospect Drive, south of Valley of the Falls, the Sheriff’s Department said. The Forest Falls community earlier had been advised to shelter in place.

In the Forest Falls area, Valley of the Falls Drive was closed, according to San Bernardino County of Public Works.

Highway 38 in the San Bernardino Mountains was also closed between Bryant Street and Lake Williams Drive due to mudslides from the flooding and debris in the area, Caltrans said.

No injuries were reported in the flooding, Sherwin said. County fire crews as well as crews with Cal Fire San Bernardino were assessing the damage into the evening, according to Sherwin.

A rainfall gauge near both the Apple and El Dorado burn scars recorded 2.45 inches of rain in just an hour Monday afternoon, according to Adam Roser, meteorologist with the National Weather Service.

Elsewhere in the San Bernardino Mountains, Crestline received about an inch of rainfall throughout the evening, Roser said.

A temporary closure was announced on Highway 18 south of Crestline between Highway 138 and Highway 189, according to Caltrans.

For the remainder of the night, a stray shower could be expected throughout the mountains, possibly furthering the flooding woes, Roser said. On Tuesday, Sept. 13, more storms were expected in the area, but they were not expected to be as intense as Monday’s, he said.

Thunderstorm cells tracking south to north near Corona unloaded heavy rainfall along the 15 Freeway and on roads in the vicinity of Lake Mathews, prompting closures.

This caused a flash flood, trapping a driver and passenger in a sedan on Estelle Mountain Road, according to Cal Fire/Riverside County Fire. Crews reached the location within a few minutes and discovered the occupants standing on the roof of the vehicle, officials said. The pair were safely extricated and were not injured.

Flash flood warnings issued by the National Weather Service for the area had expired by 9 p.m.

“We’re not done with the tropical storm just yet,” said Sherwin. The department has responded to numerous calls for service regarding the flooding.