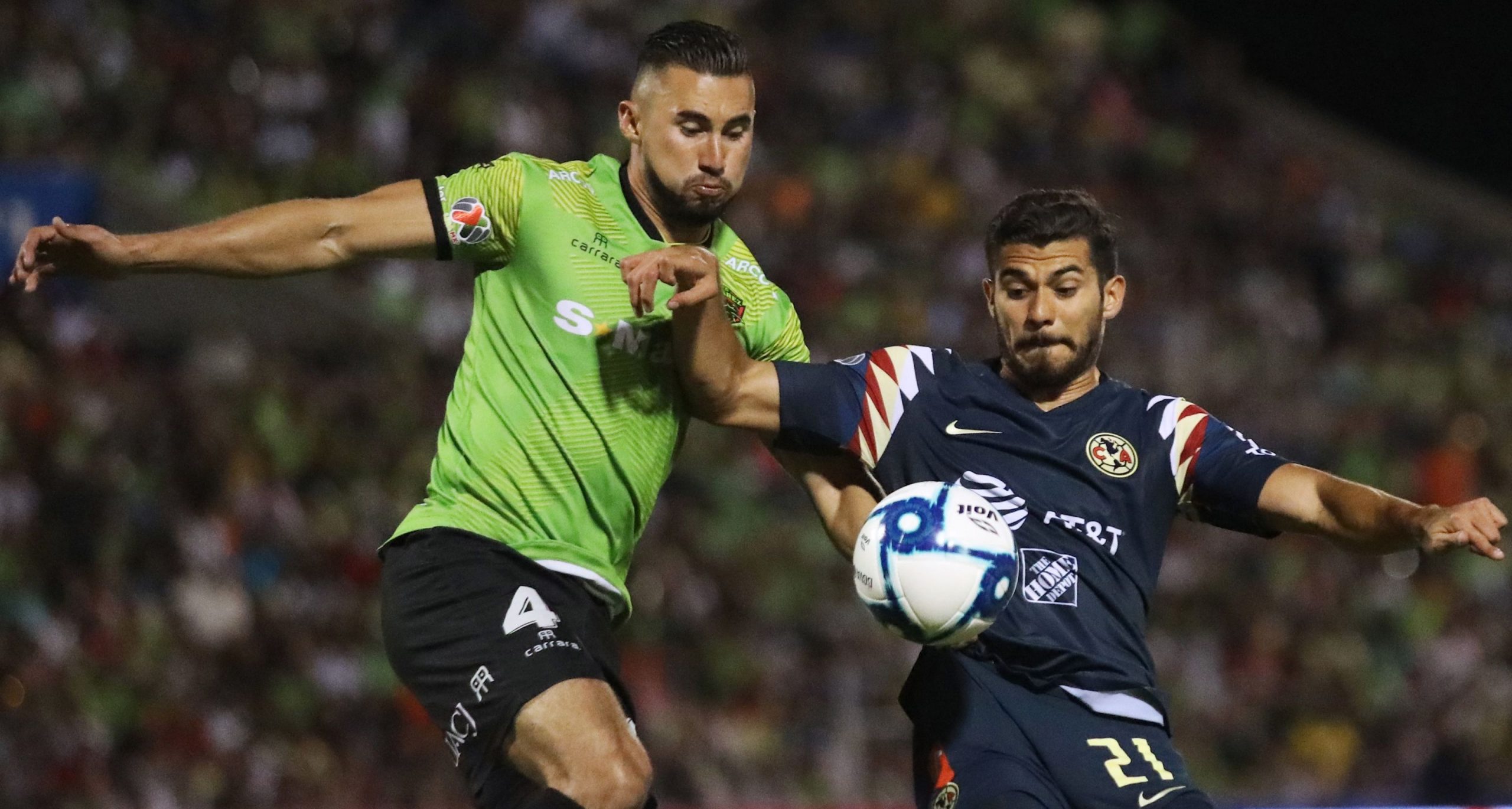 FC Juárez suffered a 2-1 defeat to América on Sunday night at the Estadio Azteca.

América’s Henry Martín had two goals on the night and led his club to victory over Los Bravos.

Even with the brace performance from Martin, FC Juárez shot itself in the foot by failing to capitalize on crucial opportunities.

In the 55th minute, with the match tied at 0, FC Juarez’s Carlos Salcedo missed a wide open header from very close range. The chance to put his squad up by one flew away just as fast as it came.

Then in the 69th minute, with FC Juarez down by two goals, Maximiliano Silvera drew a foul in the box which then presented Los Bravos with a chance to score via a penalty kick. Slivera stepped up to the spot and just booted the ball too much to the right for a miss.

FC Juarez would get one goal back in the 90th minute of the match thanks to a left footed shot from Alan Media from outside the box.

Los Bravos were still knocking on the door, trying to go for the tie. They got the chance to do so after Carlos Salcedo took a right footed shot just in front of the net but was saved by the foot of Guillermo Ochoa.

The crucial save from Ochoa led to America sneaking out with a 2-1 win over FC Juarez. Los Bravos’ two-match unbeaten streak was snapped and they still seek their first league win since July 8.