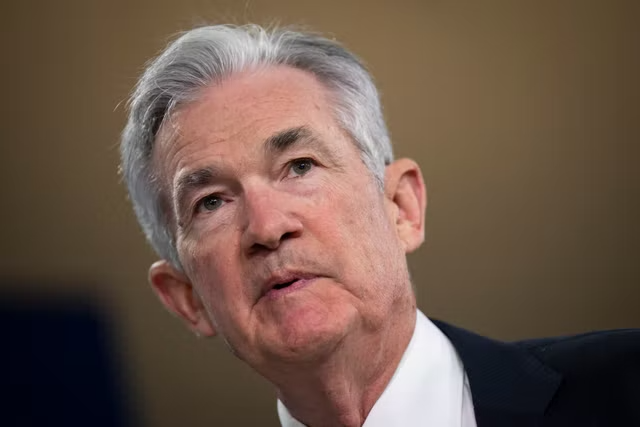 The Federal Reserve raised rates by three-quarters of a point, continuing its campaign against inflation. Fed Chair Jerome Powell signaled a rationale for slowing the increases, but markets recoiled when he said it was “very premature” to consider a pause.

Takeaways from a day of market-moving actions by the Fed.

Federal Reserve officials continued their assault on rapid inflation on Wednesday, raising interest rates by three-quarters of a point in their sixth increase this year and suggesting that there were more to come.

The double-sided message left open the possibility the U.S. central bank may raise rates in smaller increments in the future, ending its sequence of three-quarters-of-a-percentage-point hikes as soon as December in favor of more tempered increases of perhaps half a percentage point, while also leaving policymakers room to continue pushing rates higher if inflation doesn’t start to slow.

“Interest rates have risen at a whiplash-inducing speed, and we’re not done yet,” said Greg McBride, chief financial analyst at Bankrate. “It’s going to take some time for inflation to come down from these lofty levels, even once we do start to see some improvement.”

Annual inflation in September was 6.2%, according to the Fed’s preferred yardstick — unchanged from the month before. The better known consumer price index shows prices rising even faster, at an annual rate of 8.2%.

Stocks initially rallied at the hint of smaller rate hikes in December or January, but soon sank at the prospect that rates will ultimately have to go higher. The Dow Jones Industrial Average fell more than 500 points or 1.55%. The broader S&P 500 index fell 2.5%.

McBride argues that in order to curb inflation, borrowing costs will likely have to remain elevated for an extended period.

The language in the policy statement acknowledged the broad debate that has emerged around the Fed’s policy tightening, and opened a new stage in that discussion.

While the rapid increases this year have been done in the name of moving “expeditiously” to catch up with inflation running at more than three times the Fed’s 2% target, the central bank is now entering a more nuanced phase – fine-tuning instead of “front-loading.”

At the Fed’s Sept. 20-21 meeting, the median estimate among policymakers pegged the peak fed funds rate next year at between 4.50% and 4.75%. Rate futures markets now imply about even odds of it climbing to 5% or higher next year.

The shift in the FOMC statement “took me a little by surprise,” said Derek Tang, an economist with forecasting firm LH Meyer. The Fed’s statement “was a lot more definite about a possible downshift than I thought it would be. I thought (Powell) would reserve a lot more judgment until December, but it seems like the Committee did reach a consensus that they could downshift as early as December, depending on how the data go.”

Rate hikes are having an effect, even if inflation remains untamed

Higher borrowing costs have already put a big dent in the housing market. And other parts of the economy are beginning to slow. But consumers, still flush with cash saved up early in the pandemic, continue to spend money. As a result, the Fed may have to tap the brakes harder, for longer, than it otherwise would.

“We see today that there is a bit of a savings buffer still sitting for households, that may allow them to continue to spend in a way that keeps demand strong,” said Esther George, president of the Federal Reserve Bank of Kansas City. “That suggests we may have to keep at this for a while.”

Powell showing inflation is a top concern among voters, the Biden administration and most members of Congress have stayed out of the Fed’s way as it tries to control prices. But a handful of Democrats have begun to challenge the central bank’s approach, warning that aggressive rates hikes could put millions of people out of work.

Kansas City homebuilder Shawn Woods said his company has gone from selling a dozen houses a month before the Fed started raising rates to fewer than five.

“Never in my wildest dreams would I have thought we’d go from 3% [mortgage rates] to 7% within six months,” said Woods, president of Ashlar Homes and the Home Builders Association of Kansas City.

“I think we’re in for a rough six or eight months,” Woods said. “Typically, housing leads us into downturns and it leads us out of downturns. And I think from a housing perspective, we’ve probably been in a housing recession since March or April.”