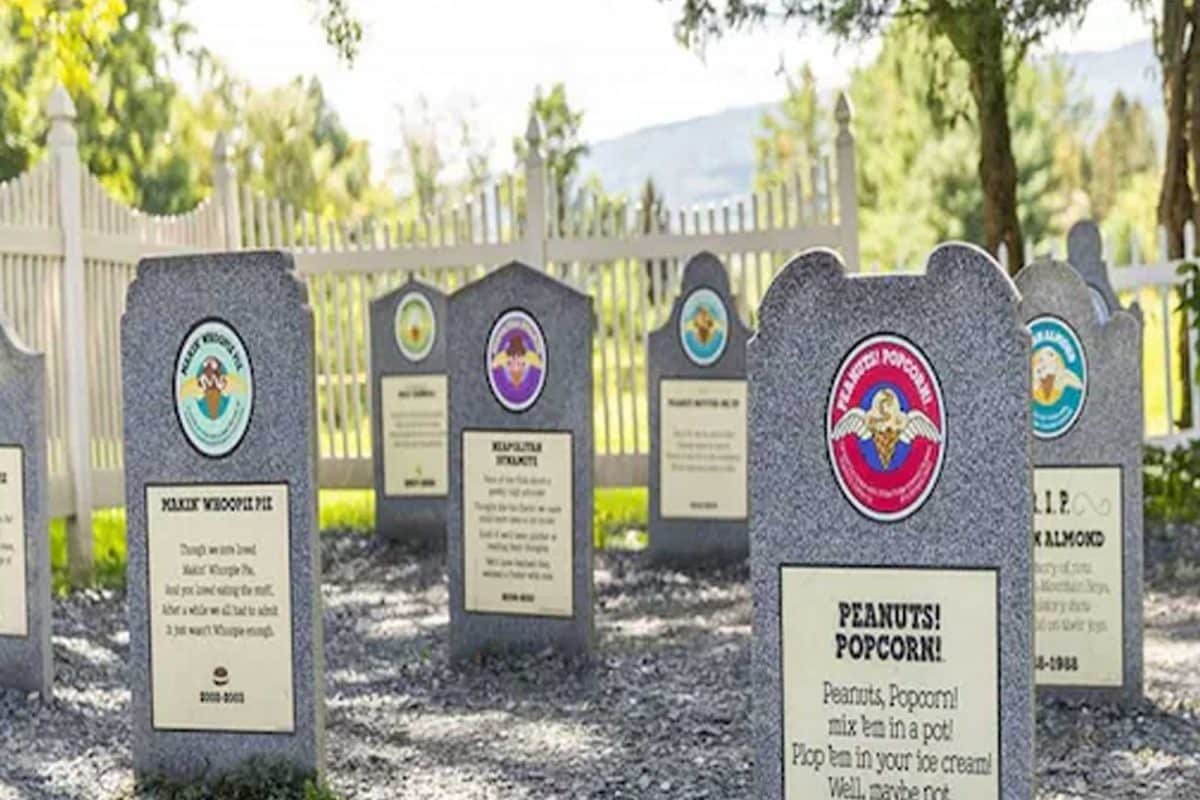 A cemetery is a place where people are buried after their death. However, have you heard of a cemetery or a graveyard where several flavours of ice cream, and not human bodies, are buried? Surprising, right? Well, the purpose behind this unique graveyard is also special.

The Flavour Graveyard has been built by a famous ice-cream brand Ben and Jerry’s, and it’s their flavours that are buried here. Every ice cream lover has their favourite flavour. But we know that not all flavours continue forever. So when Ben and Jerry’s discontinue a flavour, they, in a way, bury it here at this special graveyard.

According to a report in The Mirror, the graveyard is made of those flavours that Ben & Jerry’s discontinued forever. Not just that, the company has also installed gravestones in the memory of flavours that they don’t produce anymore.

The special cemetery was started with tombs of 4 Flavours. With time, as the production of flavours stopped, the number of gravestones in the cemetery kept increasing. The current number is 35.

Nicola Simmons of Ben & Jerry’s and founder of graveyard says, “The Flavour Graveyard started online 30 years ago. We started through a website during Halloween. Later, in 1997, we started it in its original form at our Waterbury plant where people who like these flavours can come and express their feelings because we know it is not easy to forget the taste of your favourite ice cream.”

The speciality of this cemetery is that there is a grave of the name of every flavour that the company has stopped producing.