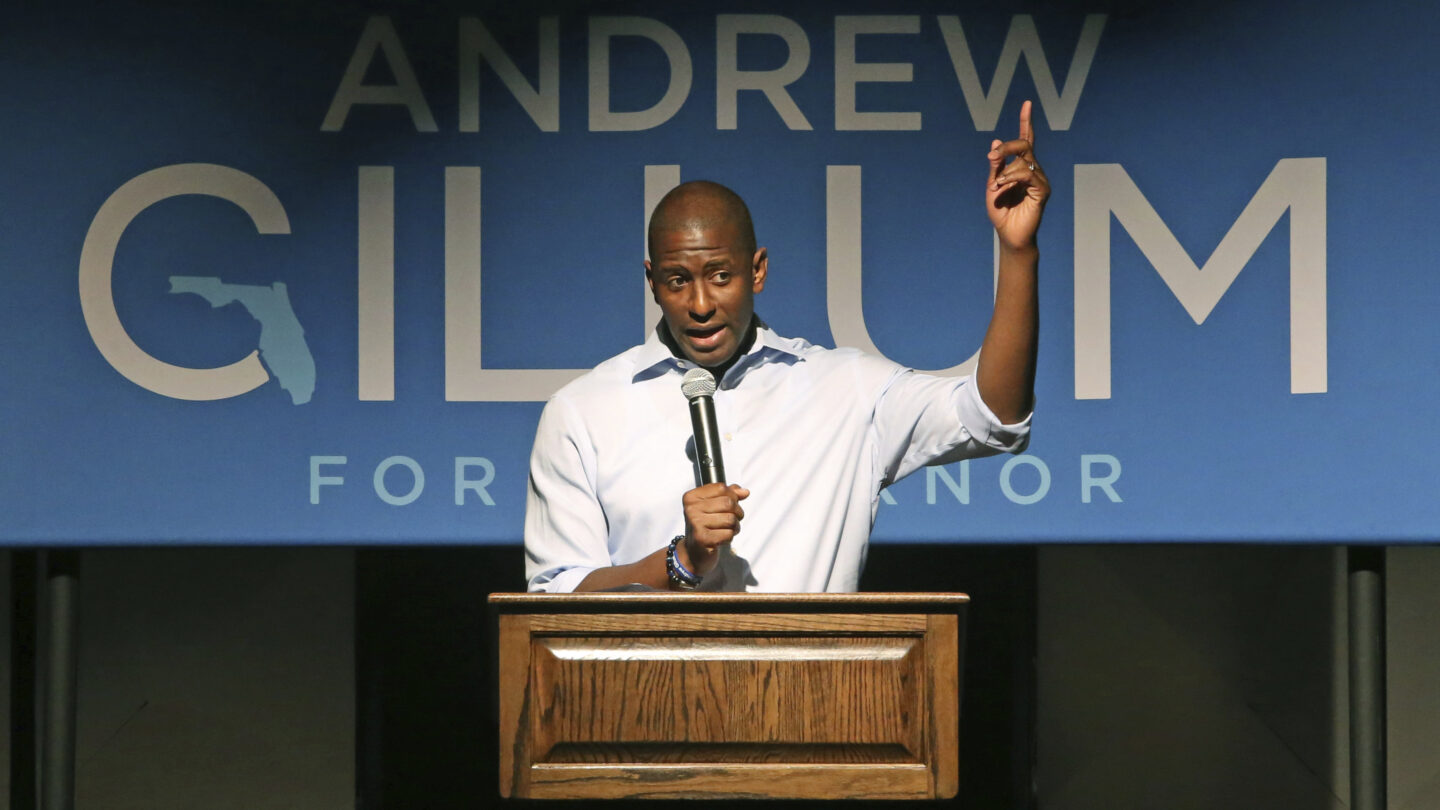 Former gubernatorial challenger and rising Democratic star Andrew Gillum is facing a 21-count federal indictment alleging that he illegally solicited campaign contributions between 2016 and 2019 and promised political favors in return for the financial support.

The period of time he’s alleged to have broken the law includes his failed 2018 bid against Republican Gov. Ron DeSantis.

Lawyers for Gillum, Marc Elias and David Oscar Markus released a statement, saying, “The government got it wrong today. The evidence in this case is clear and will show that Mr. Gillum is innocent of all charges.”

It’s another low point for Gillum, who just four years ago was a rising star in the Democratic party. The former mayor of Tallahassee, he was popular and charismatic, but had long been connected with federal investigations. While mayor, he faced scrutiny for trips paid for by lobbyists and special interests.

One of the charges Gillum faces stems from a 2016 trip to New York City and tickets to the Broadway show, “Hamilton.” They were paid for by an undercover FBI agent posing as a developer who said he wanted Gillum’s help in approving projects. In later interviews with agents, Gillum denied receiving anything of value from the purported developer.

Following his narrow loss to DeSantis, by less than a half percentage point, in March 2020 he was caught up in a scandal involving drugs and sex. Paramedics were called to a Miami Beach hotel room to treat a male sex worker for a drug overdose. Police said Gillum was incapacitated and that they found suspected drugs but no charges were filed. Gillum later said he suffered from alcohol abuse and entered a rehab center.