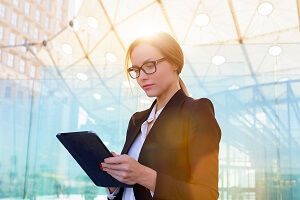 European stocks had an altogether more mixed performance yesterday, with only the DAX and   FTSE100 both rising for the second day in succession.

US markets on the other hand were much more buoyant posting new record peaks in the process for the Nasdaq and S&P500 as markets attention increasingly focuses on this week’s virtual symposium at Jackson Hole.

While its not surprising that the focus is very much on Fed chair Jay Powell’s speech and a possible framework for a tapering of asset purchases by the end of the year, recent events could well see this pushed out to the September Fed meeting.

The last-minute decision to hold this week’s meeting virtually appears to be a tacit admission by the Federal Reserve that the surge in the delta variant is still a clear and present danger to the US recovery, and while cases may well be starting to top out now, that may well reverse when the schools go back next month.

This week’s rebound in stocks has been largely predicated on last week’s shift in tone by Dallas Fed President Robert Kaplan, in suggesting he could shift his position on a taper if the economic data deteriorated, a not unreasonable position to take.

Some of this week’s recovery appears to have also been attributed to the regulatory approval of vaccines making it easier to oblige or compel people to have the jab, and thus make a return to some semblance of normal that much easier. In all honesty this seems to be a bit of a stretch, given that for a lot of vaccine hesitant people, it’s not really about that. That’s even before we stop to consider the other challenges in a return to normal, however for now investors don’t seem that bothered.

The recovery in Asia markets has also helped with the reopening of the Ningbo port after a two-week shutdown, while the reopening of airport links to Beijing due to happen today has raised hopes that the worst of the Covid wave in China may be abating.

Today’s Asia session has been a subdued one with little in the way of drivers one way or the other, and as such today’s European open looks set to start slightly on the back foot.

For most of this year German business confidence has been rising with both manufacturing output as well as services activity showing much more resilience than was the case at the end of last year.

In June, IFO business activity hit its highest levels in two years, however recent events across Western Europe with respect to the floods saw a slowdown in economic activity in the most recent July numbers.

The tragic events, along with various factory shutdowns due to component shortages could see further declines in the coming months, while uncertainty over the upcoming German election could also see business start to become more pessimistic about the overall outlook. Expectations are for a modest decline in expectations and business climate outlooks.

US durable goods for July are also due later with an expectation of a rise of 0.5%, unchanged from June, for the excluding transportation report. The headline number is expected to decline 0.3%.

EURGBP – still above support at the 0.8520 area, however the rise appears to be running out of steam, failing just below the 0.8580 area yesterday. We could see further weakness towards the 0.8530 area, which needs to hold to sustain the current up move. A move below 0.8520 negates and argues for a move towards 0.8480.

USDJPY – still looking toppy near to 110.20, with support at the lows last week at the 109.10 area. We need to see a break either side to determine the direction of the next move.