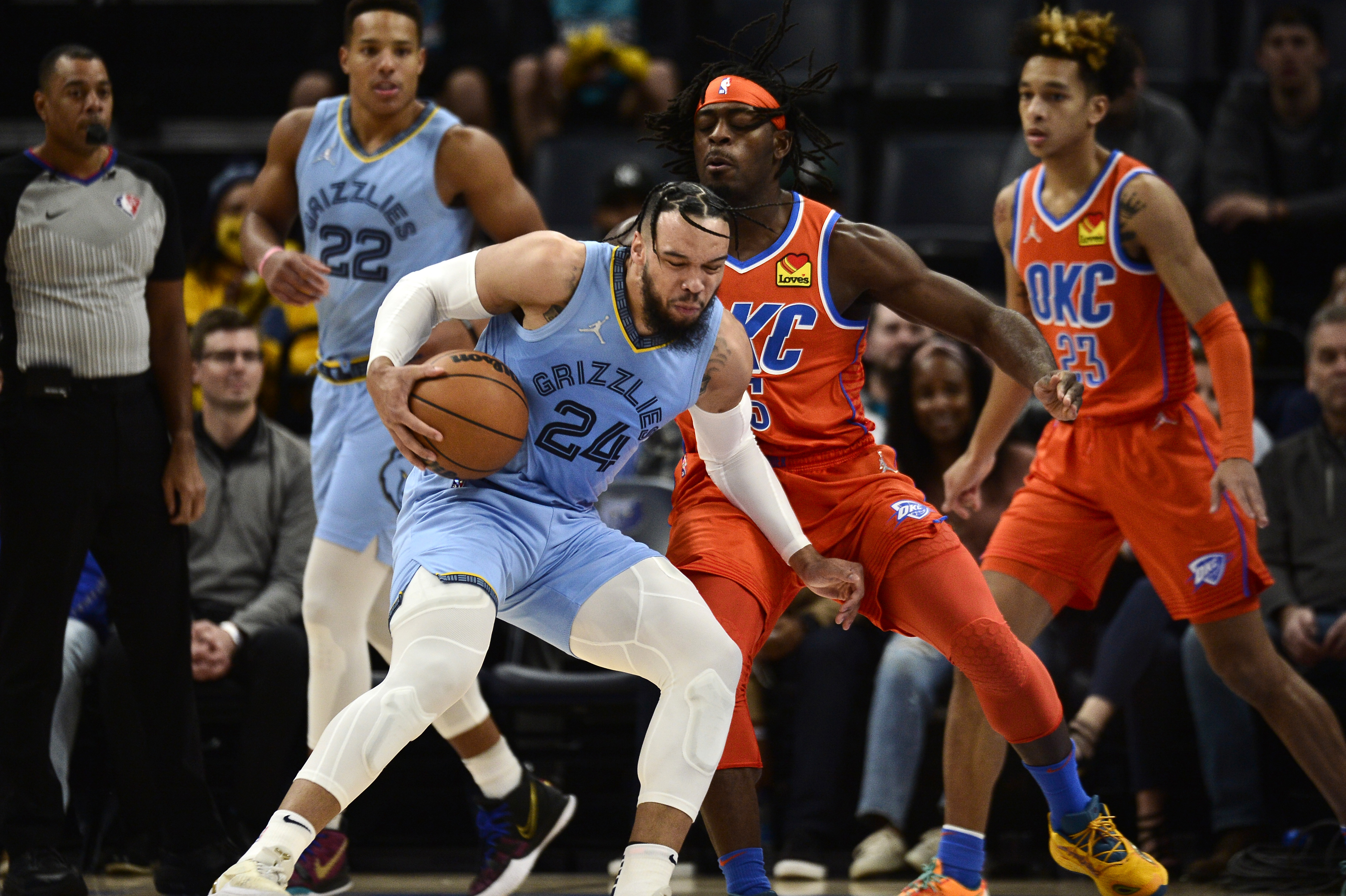 It was a game of historic proportions. And the Memphis Grizzlies were on the right side.

As the final buzzer sounded at FedExForum, fans stood and cheered as the Grizzlies won by the largest margin in NBA history, 152-79 on Thursday night. The 73-point win surpassed a 68-point victory by the Cleveland Cavaliers over the Miami Heat on Dec. 17, 1991.

The Grizzlies also broke the franchise record for most points in a game.

The Grizzlies didn’t waste time pouncing early and then poured it in record fashion. When John Konchar flew in for a thunderous dunk over Isaiah Roby in the fourth quarter, the Grizzlies surpassed their previous franchise record of 144 points.

A Brandon Clarke 3-pointer in the third quarter gave the Grizzlies a 52-point lead, their first time leading by that many in franchise history. They led by as many as 78 points in the second half, the largest lead in an NBA game since 1997-98, according to the Elias Sports Bureau.

Per Elias Sports, the Grizzlies became the third team in the last 25 NBA seasons to win three consecutive games without trailing, joining the Los Angeles Clippers in 2015 and Chicago Bulls in 2012. All of this was done while Ja Morant was on the sidelines missing his third game with a sprained knee.

Is it a coincidence that Jackson has been at his best during this three-game streak? Probably not. Jackson added another dominant performance with 27 points, two blocks and two steals in just 20 minutes.

He was 9-of-11 from the field, including 6-of-7 on 3-pointers. For the third consecutive game, he raised his scoring after having 17 and 25 points in the previous two games.

Jackson’s taken on a greater role with Morant out, and he’s been the center of the Grizzlies’ improving defense in this stretch.

Aldama wasn’t exactly “Santi Claus,” but he brought an early gift to Grizzlies fans in his second extended play of the season. The rookie surpassed his career high in shots with seven in the first quarter and had a personal 6-0 scoring run.

Aldama had a fastbreak dunk and a dunk over Paul Watson in the period. He finished the game with a career-high 18 points and 10 rebounds in his first NBA double-double. With both Ziaire Williams and Kyle Anderson out, Aldama had the best game of his young career.

De’Antony Melton had 19 points but had the first highlight of the night with a dunk over two Thunder players. The dunk parade didn’t stop there.

Besides Konchar’s fourth-quarter dunk, Culver had a one-handed alley-oop finish in the period. It was highlight central as the Grizzlies outclassed a shorthanded Thunder team playing without its leading scorer Shai Gilgeous-Alexander.