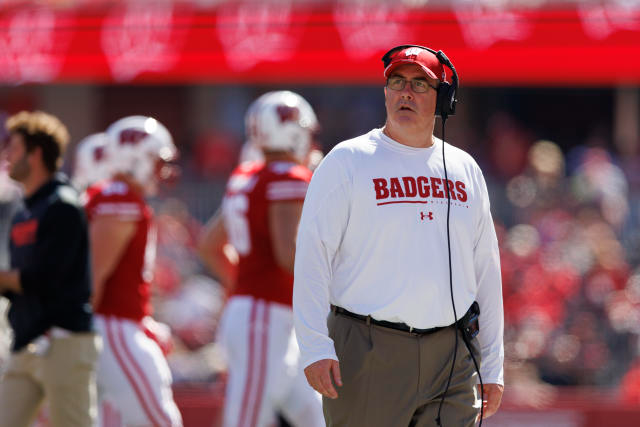 Paul Chryst will get an $11 million buyout after he was fired Sunday as University of Wisconsin football coach.

The money due to Chryst will be paid before Feb. 1, McIntosh said. A source said Chryst can get the payments between Nov. 1 and Feb. 1.

Chryst was fired five games into his eighth season as coach at his alma mater. He had four full seasons remaining on his contract, through the 2026 campaign.

McIntosh said the full amount Chryst could have been paid in liquidated damages exceeded $20 million, although earlier calculations based on the contract had the figure between $19 million and $20 million. He wouldn’t say why Chryst accepted a lower amount — “That’s a better question for Paul,” McIntosh said — but it’s important to note that the timing of the payment is accelerated.

Payment of the full amount could have stretched until Chryst’s contract expired at the end of January 2027. This arrangement has Chryst getting paid a much less amount but in a shorter amount of time.

Chryst’s contract also contained provisions about his duty to mitigate the liquidated damages, or decrease the amount UW owed him if he took another coaching job in Division I college or professional football.

McIntosh declined to comment on whether that provision was waived by Chryst agreeing to a lower payment, but a source said it was and Chryst has neither an obligation to look for another job nor a requirement to mitigate.

The $11 million in liquidated damages to Chryst is being paid out of money in the UW athletic department’s Annual Fund held at the UW Foundation, McIntosh said.

“They’re not taxpayer dollars,” he said.

The athletic department has an account at the UW Foundation that includes scholarship endowment money and funds available for the department to use at its discretion. That account was valued at more than $143 million as of June 30, 2021.

UW hasn’t started the formal process of looking for a full-time head coach, McIntosh said. That involves a job posting and the formation of an ad hoc Athletic Board committee that participates in the interview process and provides feedback to the athletic director. It has only an advisory recommendation, however.

McIntosh said he couldn’t comment on whether that step will happen during or after the season.