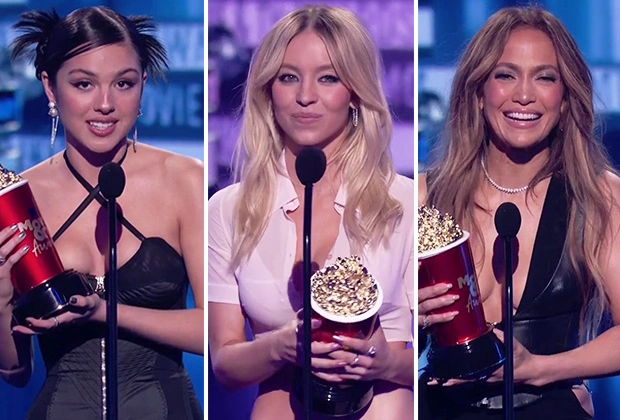 The MTV Movie & TV Awards returned to its live-show format Sunday night, hosted by Vanessa Hudgens, and it was euphoric.

The HBO teen drama “Euphoria” swept the awards show with four wins, including best show, best fight, “Here for the Hookup” and best performance in a show, with the latter going to the show’s star Zendaya.

“Thank you to all the fans who have shown so much love to ‘Euphoria,’ ” said Zendaya in a prerecorded video. “The show means so much to us, and we really are so honored that it means so much to you.”

“Spider-Man: No Way Home” also got some love from the fans. The superhero sensation, which earned nearly $1.9 billion at the box office, clinched the awards for best movie and best performance in a movie, which went to Spider-Man himself Tom Holland.

It was also a big night for Jennifer Lopez, who was honored with the Generation Award, which celebrates actors whose diverse contributions in both film and television have turned them into household names.

“As an actor, I’m not any of the (women) that I played, but there is a part of what is deeply true to me in each one of those characters,” Lopez said. “And since you cannot create truth unless you’ve really lived it, I have a different kind of list of thank-yous.”

Jennifer Lopez accepts the generation award at the MTV Movie and TV Awards on Sunday, June 5, 2022, at the Barker Hangar in Santa Monica, Calif.
Diplo and Swae Lee gave an electric performance of their song “Tupelo Shuffle,” taken from director Baz Luhrmann’s upcoming “Elvis” biopic, and actor Jack Black received the Comic Genius honor for his sidesplitting body of work.

In all, 26 awards were handed out in gender-neutral categories during the two-hour show, which was immediately followed by Unscripted, which honors reality television shows.

Shang-Chi and the Legend of the 10 Rings

Best Performance in a Movie
Lady Gaga – House of Gucci

Best Performance in a Show
Amanda Seyfried – The Dropout

Simu Liu – Shang-Chi and the Legend of the Ten Rings

Here for the Hookup
WINNER: Euphoria

Never Have I Ever

The Beatles: Get Back

Cinderella: “Million to One”

Cobra Kai: “The Moment of Truth”

Encanto: “We Don’t Talk About Bruno”

Euphoria: “Holding Out For a Hero”

WINNER: Heartstopper: “Dance With Me”

Peacemaker: “Do Ya Wanna Taste It?”

Yellowjackets: “This Is How We Do It”