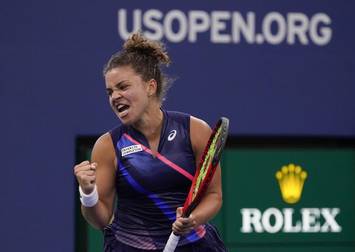 Italy’s Jasmine Paolini claimed her maiden WTA title on Sunday with a straight-sets victory over third seed Alison Riske of the United States in the Portoroz final.

Paolini knocked out four seeded players during the event, including Dayana Yastremska, Sorana Cirstea and Yulia Putintseva on the way to her first final.