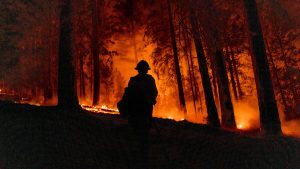 But some towns in those two states have seen more triple-digit thermometer readings so far this year than Dallas, according to Axios. And the trend was set to continue on Tuesday, with parts of Montana and the Dakotas forecast to possibly reach a blistering 110 degrees.

The scorching temperatures will expand this week, stretching across much of the contiguous United States. The Great Plains, Midwest and parts of the East can expect an engulfing heat wave to bring highs that are about 10 degrees above average, according to the National Weather Service. And in places where residents must also cope with high humidity, those temperatures could feel like they have reached triple digits.

The extreme heat will be the product of a “heat dome,” much like the one that oppressed the Pacific Northwest this summer, causing hundreds of deaths — an extreme weather event, researchers said, that would have been virtually impossible without climate change.

Here’s what people across the United States can expect.

It would almost be easier to say where it won’t be really hot over the next few days (pretty much just parts of the Northeast and Southwest). Areas of the country that have already seen oppressive temperatures, including the Pacific Northwest and the northern Rockies, will be under the high-pressure heat dome. But so will the Great Plains, the Midwest, the Ohio River Valley, the Mid-Atlantic and parts of the Gulf Coast, with widespread excessive heat warnings and watches issued by the National Weather Service. The heat might not shatter records in many places, but it could feel like it.

The stifling heat across the upper Midwest, which produced severe storms on Monday night, could touch off more high wind and thunderstorms, with a possibility for tornadoes. The private forecasting service AccuWeather said the severe weather could stretch across parts of the Great Lakes region on Tuesday and Wednesday, from Duluth, Minn., to Detroit. By Thursday, it could be the Northeast’s turn.

Last week, people on the East Coast were typing “Why is the sun red?” into search engines, as hazy skies accompanied some of the unhealthiest air in a decade or more. Expect a repeat across much of the Northern United States this week, with smoke from wildfires raging in Oregon, Northern California and western Canada again spreading across the continent. Massachusetts issued an unhealthy air alert because of the smoke on Tuesday, as did other neighboring New England states. (Below, a tweet from the National Weather Service forecasting office in Caribou, Maine, the agency’s most northeastern U.S. outpost.)

The wildfires that are generating that smoke continue to grow. The Bootleg Fire, which has burned at least 411,000 acres, is the third-largest in Oregon since 1900. The Dixie Fire in Northern California is the state’s 15th-largest on record, and is threatening communities in a region scarred by the memory of the 2018 Camp Fire, the deadliest in the state’s history. Driven by heat and drought, both blazes have grown to a size that firefighters don’t typically expect to see until much deeper into fire season.

The Southwestern U.S., which a couple of weeks ago was dealing with some of the hottest temperatures ever recorded on the planet, has seen some relief as the annual monsoon season has delivered significantly more rain than it did last year, alleviating both extreme heat and taking a slight edge off widespread drought conditions. Of course, it has also brought flash floods, including one that swept through the Grand Canyon two weeks ago, killing a hiker.

Southeast: A tropical storm, even?

Since late last week, there has been a chance that a patch of thunderstorms just off the coast of Georgia could organize itself into a tropical storm that could threaten the Southeast. The chance remains small — 10 percent as of late Monday, according to the National Hurricane Center — but can’t yet be ruled out.