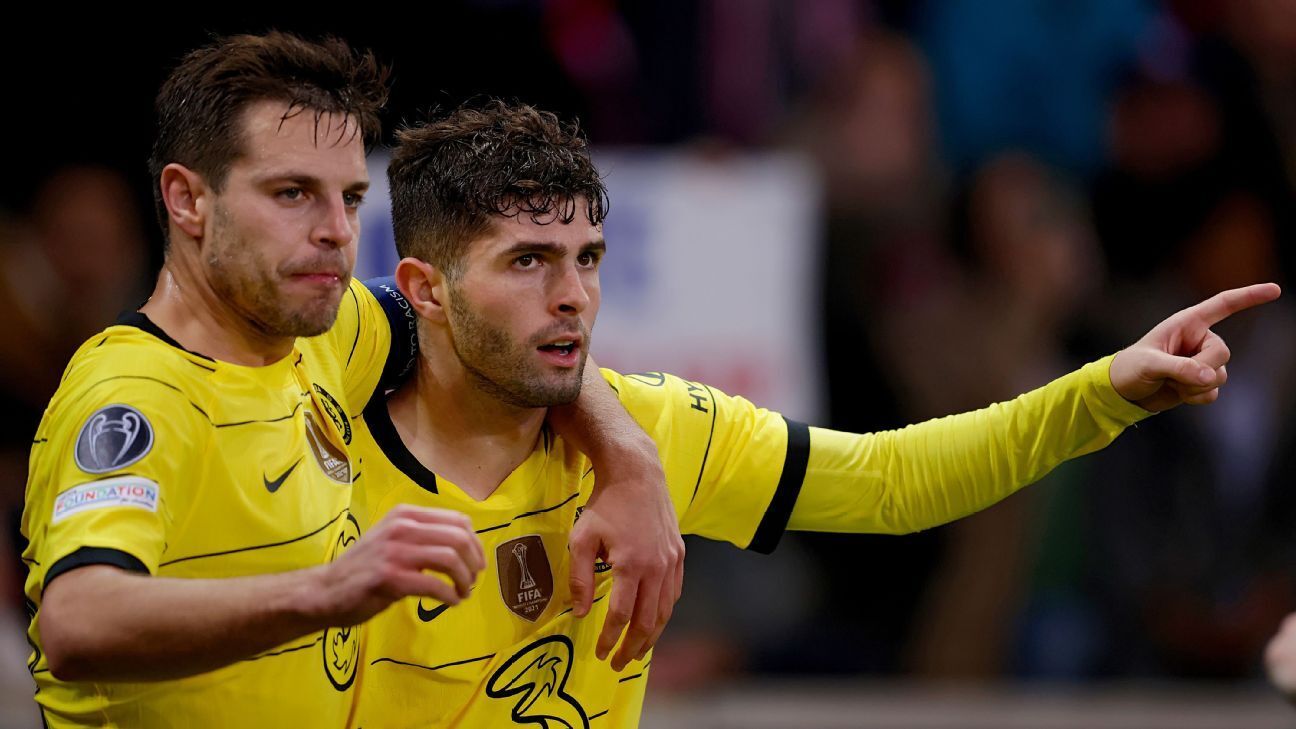 Momentum is a vital ingredient for any team chasing a league title and Liverpool are over-flowing with it right now. Manchester City don’t have it and that’s why, after Liverpool’s 2-0 victory at Arsenal on Wednesday, Pep Guardiola’s Premier League champions will be worrying that they may be about to finish second in what had seemed, not too long ago, like a one-horse race.

Second-half goals by Diogo Jota and Roberto Firmino at the Emirates secured Liverpool’s ninth straight league win and moved them to just one point behind leaders City, who they face at the Etihad on April 10. Over their last nine games, City have dropped seven points and, as a consequence, they have opened the door for Liverpool to win the title for the second time in three seasons.

“We’ve obviously had a good period,” Liverpool manager Jurgen Klopp said. “It’s what we need. We’re one point [behind Man City], but it’s still the same. We have to win football matches. We then face City, then all the others.”

City haven’t been playing badly. Their 3-2 defeat at home to Tottenham Hotspur on Feb. 19 was their first league loss since October, but City and Liverpool have been so close to each other over the past four years that every dropped point matters. Monday’s 0-0 draw at Crystal Palace was an unexpected stumble by City, but Liverpool still had to beat Arsenal to capitalise on it.

Facing Mikel Arteta’s resurgent team at the Emirates was undoubtedly a tougher challenge for Klopp’s players, with the Gunners climbing into fourth on the back of five straight league wins and unbeaten run in the Premier League stretching back to Jan 1. But although Arsenal were bright and adventurous in the first-half, there was always a sense that Liverpool were the team more likely to step up a gear or two after the break and so it proved.

Had Alisson not produced a crucial save to deny Martin Odegaard from close range on 51 minutes, the end result may have been different, but Liverpool goalkeeper is as big a part of this team as Mohamed Salah and Virgil van Dijk and he proved it with that decisive intervention, which ensured the team’s 12th clean sheet in its 18 league games. Within four minutes of Alisson rising to the challenge, Klopp’s side were ahead when Jota raced onto Thiago Alcantara’s pass before beating keeper Aaron Ramsdale with a left-foot strike at the near post for his seventh goal against Arsenal in seven games for Liverpool.

It was Jota’s final touch of the game, with Firmino replacing the Portugal forward before the restart, and it turned out to be a key change by Klopp with the Brazil international making it 2-0 seven minutes later. The goal was made by Andy Robertson, who dispossessed Bukayo Saka on the left before breaking the touchline and pulling back for Firmino to flick past Ramsdale. At 2-0, it was game over — Liverpool were firmly in control and Arsenal’s recent revival was over.

But although Arsenal ended up doing what they tend to do against the big teams — lose — the result should not be viewed as evidence that Arteta’s team have the same old shortcomings. And yes, they have taken just three points from a possible 21 against the so-called Big Six this season. The reality of this Arsenal team is that it now has an identity and a clear pathway in front of it. They are a young side and lack the nous of a team as experienced as Liverpool, but in Saka, Odegaard, Gabriel Martinelli and Emile Smith Rowe, they have bright stars who will only get better.

Ramsdale was at fault for the first goal against Liverpool and should have done better with the second, but nonetheless, he has made Arsenal better since replacing Bernd Leno earlier this season, while Ben White has become a reliable performer at centre-half. There is no doubt that Arsenal are miles behind Liverpool, but their race is all about fourth spot and qualifying for the Champions League. If that happens, they then have a platform upon which to build towards competing with Liverpool and City in the years ahead.

“I don’t think the result reflects the performance, but in the box they had the decisive moments,” Arteta said. “They put the ball in the net twice. “[The top two] have set other standards again this season. To cope with that, I have to congratulate the team, but we’re here to win football matches and today we didn’t do it.”

Tottenham, Manchester United and West Ham United are Arsenal’s rivals for fourth and the Gunners have been more consistent than any of them, so they cannot allow confidence to be damaged by losing to a Liverpool team that may just be the best in the world at this moment in time. Liverpool look unstoppable, and they could yet do the quadruple, and City know that too.

They have taken their foot off the pedal, possibly because it was all getting too easy for them, but City are now in a title race again because Liverpool have the Big Mo and it could now carry them to historic success. They have won their last nine league games — if they win their next nine, Liverpool will be champions.