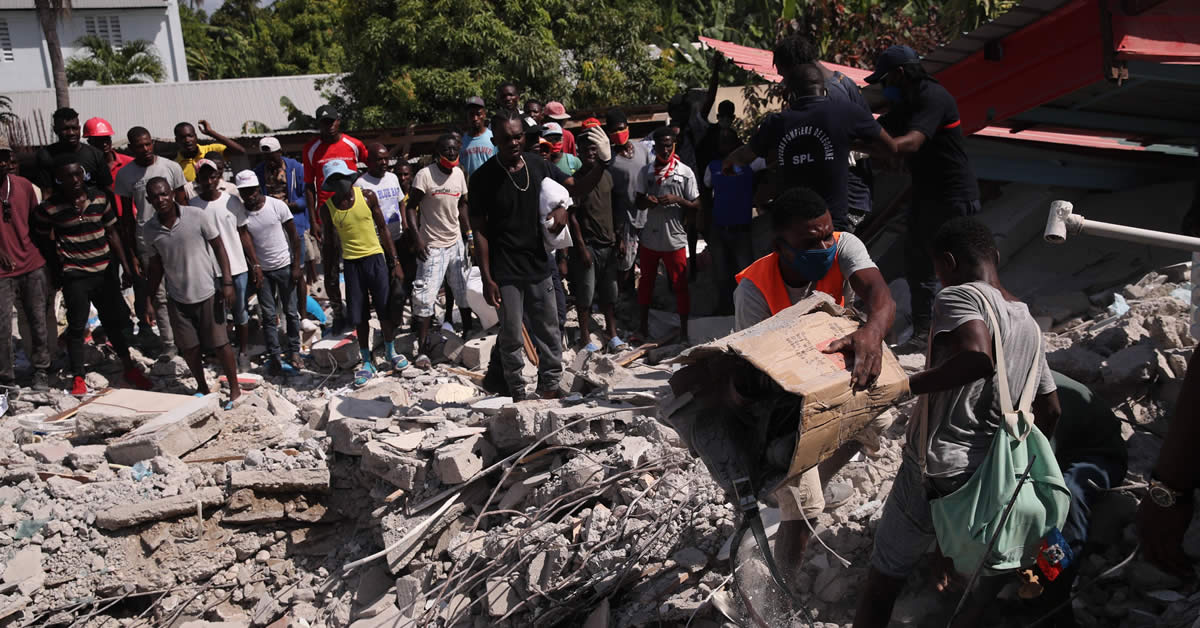 “It was about 8:30 in the morning and I was on the second floor of a building,” he said. “All of a sudden, everything starts vibrating. I look around and everything on the walls of the building are shaking and rattling, and it took me a few seconds to realize, whoa, this is an earthquake. And when that happened, I bolted out of the building.”

So did everyone else, Jude said. And everyone in the country felt the shaking, he said.

The subsequent tropical storm caused massive flooding, as well as landslides in rural areas, Jude said. Buildings that his organization had constructed to modern standards did not collapse, he said, but many people were displaced after their shacks collapsed and roofs caved in.

Reiser Relief is a boots-on-the-ground organization that partners directly with religious sisters, including the Little Sisters of St. Therese, congregations of sisters and brothers, and Catholic laypeople, Jude said, to provide education, shelter for homeless children, housing for the elderly and other programs, such as supporting agricultural initiatives and college sponsorships. It was founded by Father Bernard Reiser, who also was founding pastor of Epiphany in Coon Rapids. He oversaw the organization until his death in 2011.

Among the organization’s priorities in Haiti today are providing food and medical aid “to anyone who needs it,” Jude said.

“There’s a lot of hunger in that area right now,” Jude said, with many Haitians sleeping in the elements. “The sisters are doing whatever they can to support displaced people in the area.”

Slums are the most dangerous areas and the places where extreme levels of poverty are most visible, he said.

“There’s a lot of homelessness … a lot of danger, gang wars going on,” Jude said. “There’s no sewage (systems), no running water, no electricity in many of these areas, and in the rural areas.”

“It really reminds you that we have an obligation to be stewards of resources on this earth, as Christians, as Catholics, and we really have to look out for one another regardless of where they are in the world,” Jude said.

To learn more about Reiser Relief and how to help, visit ReiserRelief.org. Website visitors can subscribe to a newsletter and send prayer intentions.

Produced by Relevant Radio and the Archdiocese of St. Paul and Minneapolis, the latest show also includes interviews with Amy and Tim Lemke, who discuss making a good marriage great through Worldwide Marriage Encounter, and Msgr. Jason Gray from the Diocese of Peoria, who describes the canonization process for sainthood.