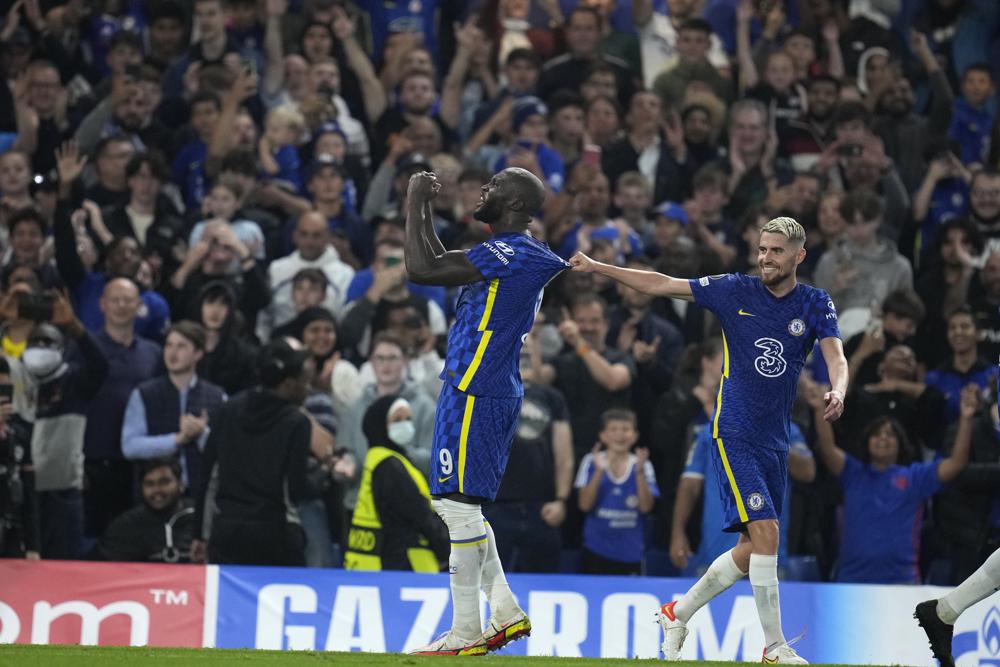 Just what was expected of Romelu Lukaku. Just what Chelsea missed so often last season. And just what he couldn’t produce in his first spell at Stamford Bridge.

The striker who couldn’t even get on the field in the Champions League a decade ago for Chelsea is back as the leading targetman.

On his European debut for the club, the 28-year-old Belgian ensured Chelsea made a successful start to its Champions League title defense by clinching a 1-0 victory over Zenit St. Petersburg on Tuesday.

The goal showed why Chelsea invested a club-record 115 million euros ($135 million in August) in signing from Inter Milan the player it offloaded in 2014 as a peripheral figure.

Lukaku darted into space in the penalty area, evading the defense, to meet a cross from Cesar Azpilicueta and head it into the net in the 69th minute against the Russian champions.

“That is why he is here,” Chelsea manager Thomas Tuchel said. “It is another step ahead, because winning and another clean sheet is super important for the belief and for our process. We are not finished, but are in a good place to improve.”

It added to the three goals — including two in Saturday’s win over Aston Villa — Lukaku has already scored in the Premier League this season.

“We have to keep growing. Today was a better performance than the weekend,” Lukaku said. “It was a beautiful ball from Cesar. I just had to get my timing right and then place the ball in the corner.”

Juventus’ goals means it has the early edge in Group H after beating Malmo 3-0.

As European Cup wins go, Chelsea’s triumph has seemed understated, just as beating Manchester City in the final in May was unexpected.

Coronavirus restrictions denied Chelsea a victory parade in May. There wasn’t even the parading of the trophy around Stamford Bridge before the start of the title defense on Tuesday.

There were, however, individual European season awards handed out to players and Tuchel by UEFA President Aleksander Ceferin after an explosion of fireworks above the main stand.

The head of European football received a smattering of jeers from the Chelsea fans, although this isn’t a club with a great grievance against UEFA. Especially as Chelsea fans protested the club’s ill-fated pursuit of a Super League in April that Ceferin opposed.