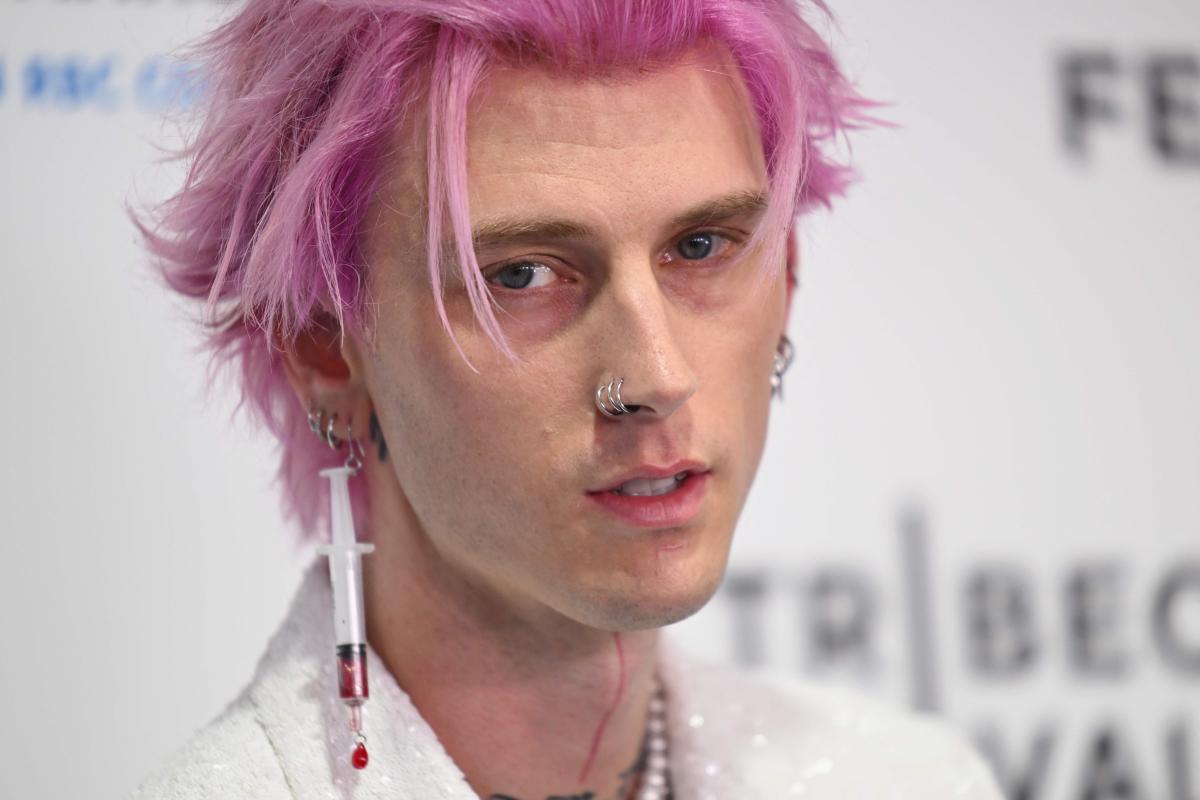 Machine Gun Kelly (real name Colson Baker) has opened up about his mental health, revealing that he once attempted to take his own life whilst on the phone to his now fiancée Megan Fox.

“Life in Pink,” now streaming, offers an “in-depth look at the dramatic highs and lows” the platinum-selling rap rocker has navigated while “chasing music’s top spot,” according to the official Hulu website.

At one point in the film, Kelly (real name Colson Baker) goes into harrowing detail about the toll his father’s death took on his mental health. The “my ex’s best friend” singer said his father died the same day his fourth album “Hotel Diablo” dropped in July 2019.

“I flew to my dad’s apartment to clear all this stuff out. I had this really weird interaction with this neighbor who told me all these things I didn’t want to hear,” Kelly recalled. “That (messed) me up even more because I couldn’t get closure on it. I wouldn’t leave my room and I started getting really, really, really dark.”

Kelly said his inner turmoil culminated in a tense conversation with fiancée Megan Fox, who was his girlfriend at the time.

“Megan went to Bulgaria to shoot a movie and I started getting this really wild paranoia. Like, I kept getting paranoid that someone was gonna come and kill me,” Kelly said. “I would always sleep with a shotgun next to my bed, and one of the days, I just (expletive) snapped.

“I called Megan, I was like, ‘You aren’t here for me.’ I’m in my room, and I’m like freaking out on her and dude, I put the shotgun in my mouth and I’m yelling on the phone and the barrel’s in my mouth. I go to cock the shotgun and the bullet as it comes back up, the shell just gets jammed. Megan’s like dead silent.”

The 32-year-old singer said the intense episode, coupled with conversations he had with Fox and his 12-year-old daughter Casie, was a wake-up call for him “to kick the drugs for real this time.”

‘It feels like home right now’:Machine Gun Kelly goes all out during Bonnaroo fest’s final hours

Kelly has previously opened up about his history of drug use, telling Dave Franco in a 2020 Interview magazine discussion that therapy helped him tackle the “intense” dichotomy of his artistic persona Machine Gun Kelly and his personal identity.

“Currently, my drug of choice is happiness and commitment to the art, rather than commitment to a vice that I believed made the art,” Kelly told Franco at the time.