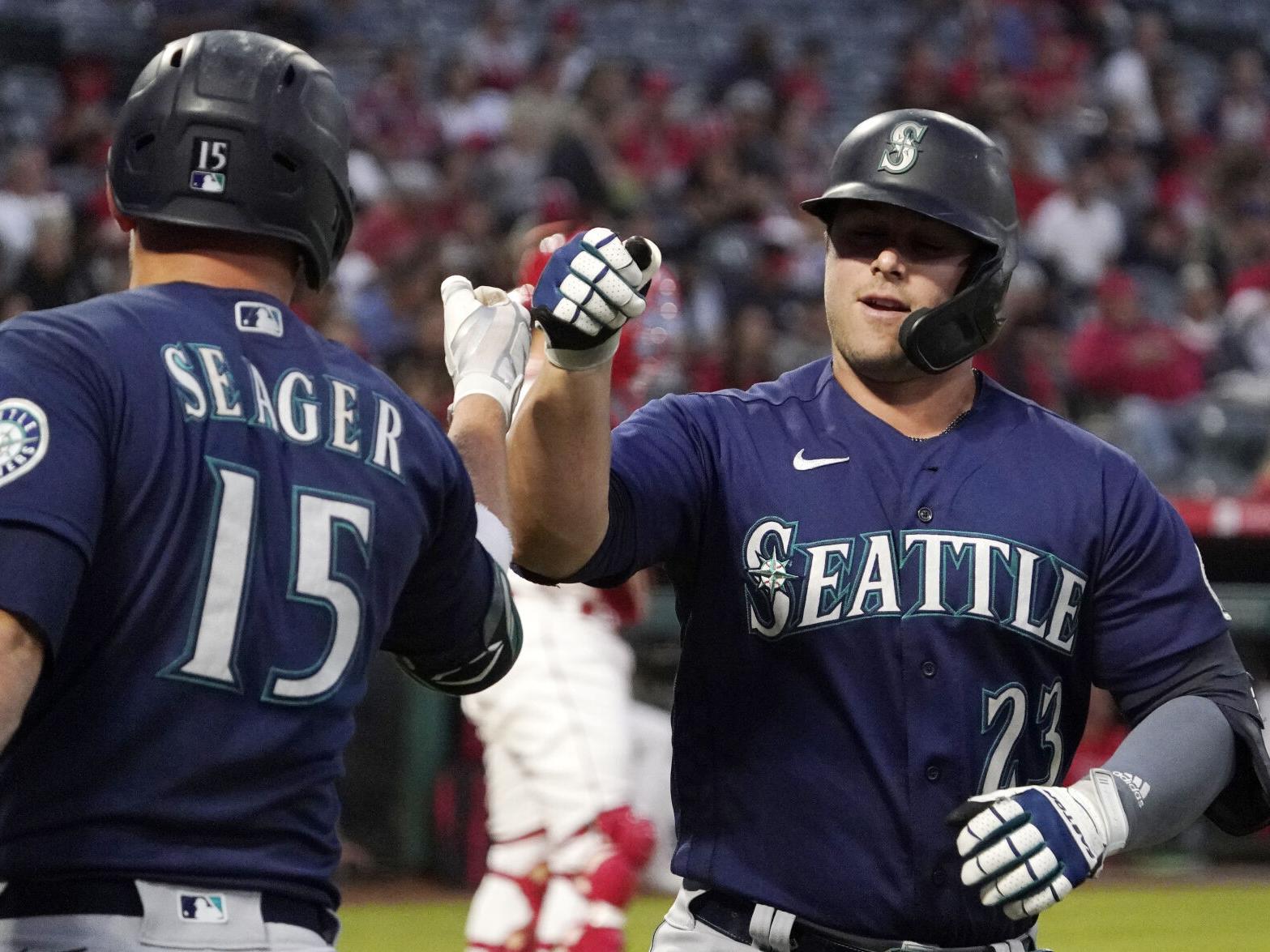 Clinging to a one-run lead in the ninth inning, the Mariners made an unconventional move. They walked Shohei Ohtani intentionally with nobody on and one out, putting the potential tying run on base.

Ohtani advanced to third on Phil Gosselin’s double, and an intentional walk to Jared Walsh loaded the bases. Paul Sewald then struck out Jack Mayfield and got Jose Rojas on a grounder to first for his 11th save.

“He’s had a phenomenal season. It’s not normal baseball etiquette to put the tying run on in the ninth, but in that situation, I thought it was worth a shot,” Seattle manager Scott Servais said. “But at the end of the day you trust Paul to get through it and he executed his pitches and did a great job.

Ohtani, third in the majors with 45 home runs, added another impressive feat in a remarkable season. The two-way superstar from Japan drew four walks in five plate appearances and tied a major league record with 11 in a three-game span. Bryce Harper set the mark during the 2016 season with Washington.

“The team’s in a playoff hunt and they’re not going to permit him to beat them,” Angels manager Joe Maddon said. “We were in good position in the ninth with the bases loaded and one out. We couldn’t get the run in. This whole homestand we have been coming up short against teams that are in playoff contention.”

Max Stassi homered and drove in three runs for the Angels (73-81), who have dropped seven of eight and are one loss from their sixth straight losing season.

The game was tied 4-all in the seventh before Seattle pulled ahead for good. Fraley came on as a pinch-hitter and was hit by a fastball from Jimmy Herget (2-2). Fraley advanced to third on J.P. Crawford’s single and scored when shortstop Luis Rengifo’s throw home on France’s grounder was wide of the plate.

Mitch Haniger extended the lead to 6-4 with a sacrifice fly that scored Crawford.

The Angels got back within a run in the seventh on Mayfield’s RBI single.

Joe Smith (4-4) got the win for the Mariners, who have the most one-run wins in the majors with 33.

“Wow, you talk about a pull-your-hair-out game. It got a little crazy at the end but we have a lot of momentum going,” Servais said. “If we believe we can do this thing, we have to keep it simple.”

France connected for a solo shot to center in the first on a curveball from José Suarez. The Mariners extended their lead to 3-0 in the third on France’s RBI single and Haniger’s fielder’s choice.

Stassi brought the Angels to 3-2 in the fourth when he drove a slider from Logan Gilbert over the wall in left-center. After an RBI base hit by Luis Torrens in the sixth extended the Mariners’ lead to two runs, the Angels tied it in the home half on Stassi’s single and a sacrifice fly by Rengifo.

Suarez was pulled after Haniger’s double leading off the sixth. The left-hander, who had allowed only five earned runs over 20 1/3 innings in his three previous starts this month, gave up four runs on five hits with one strikeout.

Angels: RHP Kyle Tyler was placed on the injured list retroactive to Sept. 22 due to a right toe sprain. LHP Jhonathan Diaz was recalled from Triple-A Salt Lake.

Mariners LHP Tyler Anderson (2-1, 3.38 ERA with Seattle) allowed only one run in seven innings in his last start Monday at Oakland. He will be opposed by Angels RHP Jaime Barria (2-4, 4.77 ERA), who has a 2-4 career mark against Seattle in eight games, including six starts.