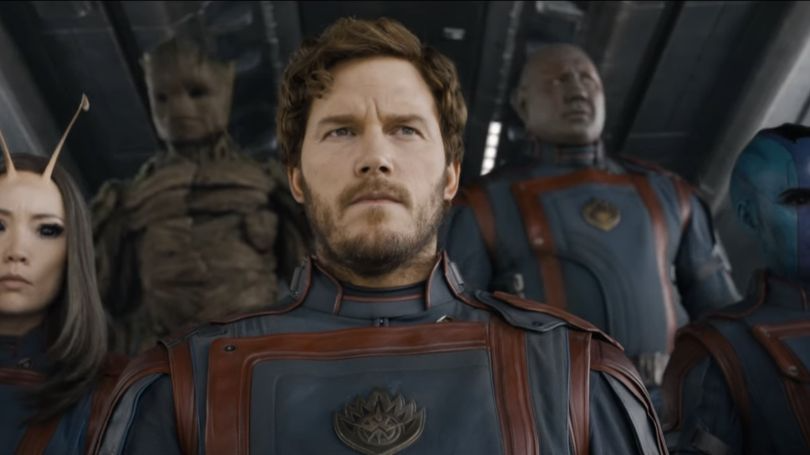 After a very long wait, the closing chapter to the “Guardians of the Galaxy” trilogy is almost here.

The first trailer for “GOTG Vol. 3” dropped Thursday on YouTube, after premiering at Brazil Comic Con, again revealing the group of unlikely heroes who have relatively esoteric origins in the Marvel comic books but — thanks to the guidance of director James Gunn — have become one of the most beloved groups in the MCU.

Rocket, in particular, is seen a bunch in the trailer, including in a flashback scene when he’s a wee space-raccoon, promising viewers some welcome backstory.

Less present is Gamora, who through the events of 2019’s “Avengers: Endgame” is no longer aware of her association with the team. Marvelites are eager to see just how she’ll be incorporated into the story here, and whether she’ll somehow remember her friends (and love for Peter Quill/Starlord).

But as always, the interplanetary action is set to great throwback tunes, this time one in particular: “In the Meantime” by Spacehog, from 1994.

The first two “Guardians” films largely featured beloved music from the ’60s and ’70s, and the music choice in this trailer is perhaps a clue that the highly anticipated soundtrack to the third volume might be just a touch more contemporary, with tunes from the ’80s/’90s.