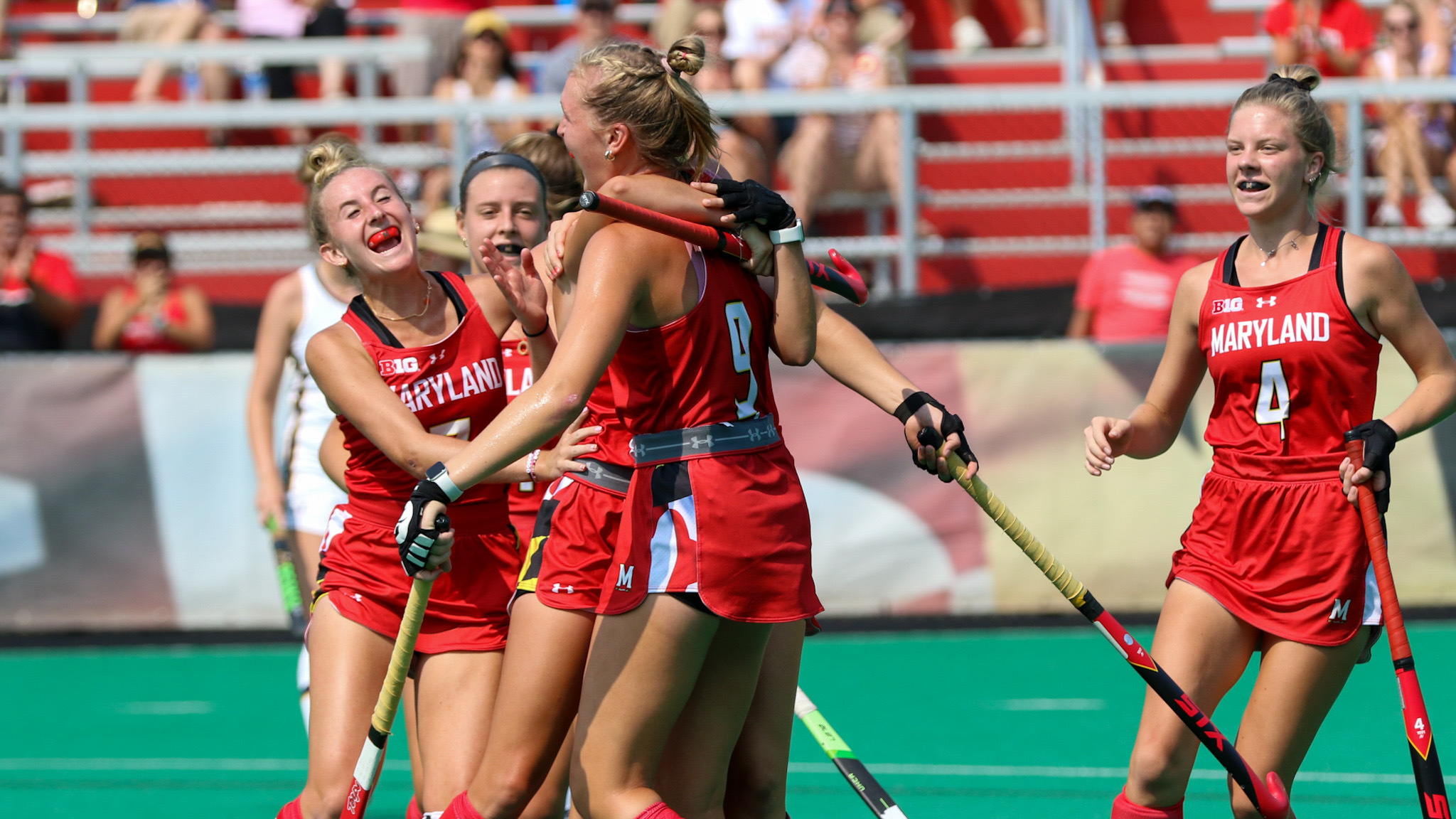 Paula Neciporuka dropped to one knee deep in Maryland’s back row, digging a late Akron kill attempt in the direction of Sydney Dowler. Dowler redirected the ball high into the air, where Sam Csire pounded a punishing spike past the Zips’ defense for a late kill.

It was a common sight for the rowdy Maryland fans in attendance. The duo of Dowler and Csire propelled Maryland volleyball to a 3-0 victory over the Akron Zips, the team’s fifth straight sweep (25-11, 25-17, 25-16).

“I thought it was a really good offensive performance, to hit .376 in preseason was pretty good,” coach Adam Hughes said. “I thought we put a lot of work into a scouting report, we’ve been building that each week adding [more] elements to what we’re trying to execute on.”

Spurred by a raucous Maryland band on the sidelines, the Terps opened the contest at a blistering pace.

Maryland’s opening set dominance would only continue following the break, as the duo of Dowler and Hannah Thompson stuffed an Alexis Adleta kill attempt to the delight of the Terps’ sizable crowd.

Maryland held Akron to a -.077 hitting percentage in the opening frame and rolled to a 25-11 first set victory, with four Terps notching multiple putaways.

Following the Terps’ 15th straight set win dating back to their five set thriller with Temple, Maryland faced its toughest challenge in the second set against the Zips. But once again, it was the Terps’ ability to procure long runs that pushed Hughes’ squad over the top.

Maryland came out uncharacteristically sluggish to open the second frame, as a Teagan Ochaya kill followed by an Adleta service ace helped produce a 5-2 opening run for Akron.

The tides soon turned back to Maryland’s side following Jones’ fifth kill of the evening, as the Terps were able to swing back with a run of their own. With Dowler at the service line, Maryland rattled off six of the next seven points, effectively erasing Akron’s solid second set start.

And from there, it was all Terps.

Outside hitter Csire notched four of her match high 15 kills in the second frame, as Maryland’s lead began to swell. Holding onto a three point advantage late in the set, an array of powerful putaways from Csire and Neciporuka gifted the Terps a 25-17 second set victory to push their lead to 2-0.

“It doesn’t really matter what the score is for us, we’re trying to improve each day,” Neciporuka said. “Focus on our game and what we can do better for the next game.”

With just one set separating the Terps from a 10-0 start, Hughes’ squad refused to take its foot off the gas. Csire continued to cook, as Dowler found her time and again on the left side to quell any semblance of an opposing run.

Holding onto a 20-16 advantage late in the third set, the Terps ran off five straight points behind two more booming Csire kills. Maryland finished off the Zips in comfortable fashion to keep its undefeated streak alive.

“For the most part I’d say we executed probably 80-85% of what we wanted to do,” Hughes said. “Depending on how good we want to be, it’s going to be closing up some of those mistakes… obviously happy to hit .376 and get a sweep, but [there’s] still room for growth.”