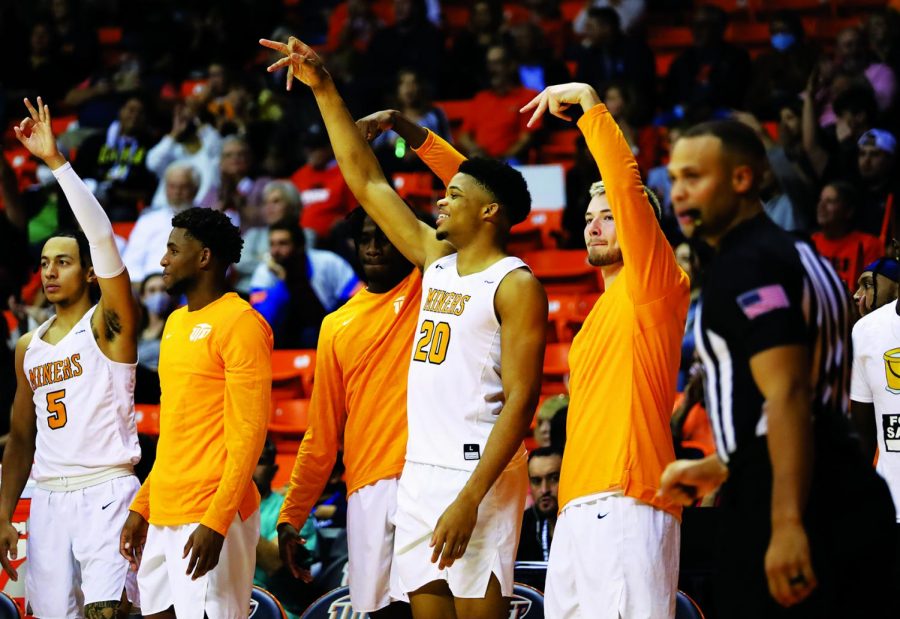 The UTEP men’s basketball team (2-1,0-0 Conference-USA) is off to a promising start, practicing and playing hard to keep the momentum going through the rest of the season.

So far this season the Miners have performed well against rival teams such as Western New Mexico University and Northern New Mexico College, racking up impressive stats. Defensively, UTEP is averaging more than 20 turnovers and on offense they are shooting well from beyond the arc.

How the Miners match up against the rest of the conference is quite interesting. The top teams in this conference on their schedule have done well in recent years, perform consistently well and always present a challenge in the conference.

The Miners’ first conference match will be The University of Birmingham at Alabama (UAB). Last year, the Miners were thoroughly swept against them and struggled to make any baskets against them. This year, the Blazers are powering through their opponents and seem to have more talent on their backcourt. They are shooting at 35% from the 3-point line but are getting the baskets to fall at a closer range with jumpers and lay-ups that are at 50%.

The Miners might struggle in this match-up since UAB can score from the inside and the big men for the Miners struggle to defend low and rebound.

The Miners’ most challenging opponents this year will be the University of North Texas, Florida Atlantic University and Louisiana Tech University.

The Mean Green look to give the Miners one of the most difficult matches of the season. North Texas has made a lot of noise last year by winning C-USA and winning an NCAA tournament in the round of 64 game to advance to the round of 32. North Texas could not be stopped last year on the offense, especially from the 3-point line, while also pressuring the Miners on defense.

Louisiana Tech was a formidable team last year and spilt with the Miners. Tech returns freshman forward Kenneth Lofton Jr., a key player that played a pivotal role in the match-ups against the Miners. UTEP should do better against the Bulldogs but might struggle to defend the paint against Lofton Jr., the Bulldogs’ top scorer in the inside.

The Owls eliminated the Miners last year in the first round of the Conference-USA tournament. The Owls’ leading scorer, junior Michael Forest, is someone UTEP must keep their eyes on while on defense due to the fact he can sink a bucket within the blink of an eye. Overall, however, the Miners do match up well with the Owls and should not struggle as much against FAU this year.

The Miners match up decently in the tougher parts of Conference-USA and are geared up to fight for a couple of big wins this season.